Around 50 people gathered at the Kempinski Hotel in London tonight to show solidarity with the victims of the wave of repression against G8 activists in Germany. 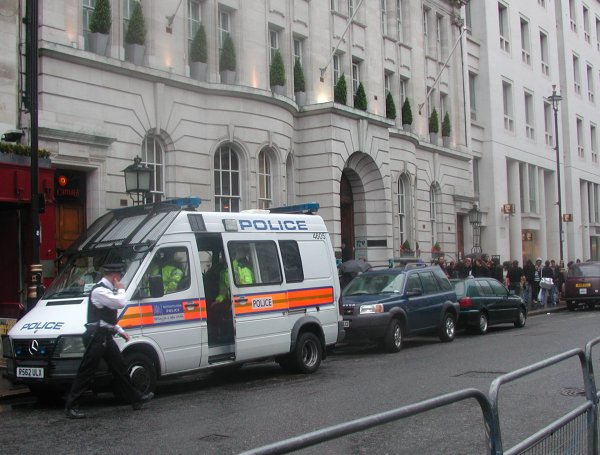 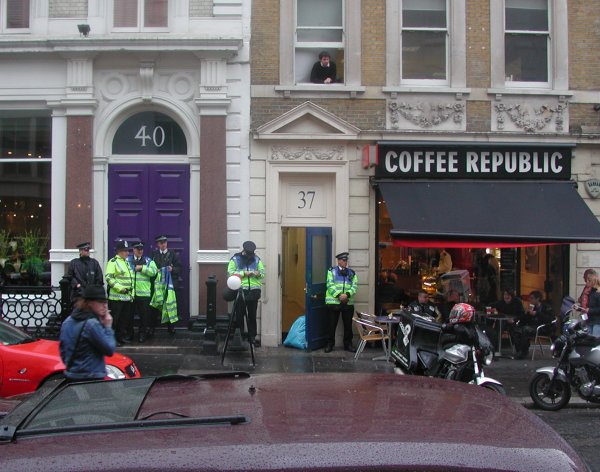 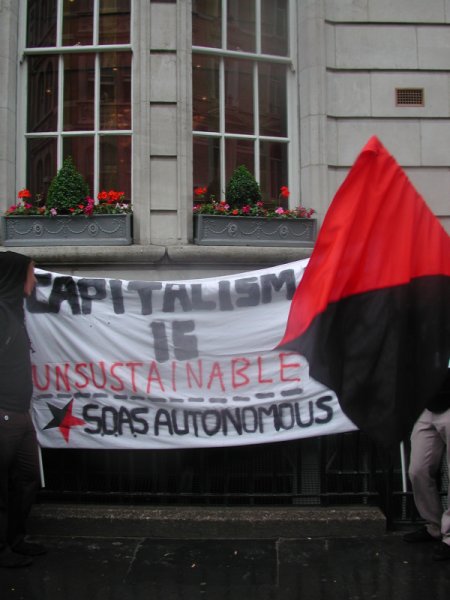 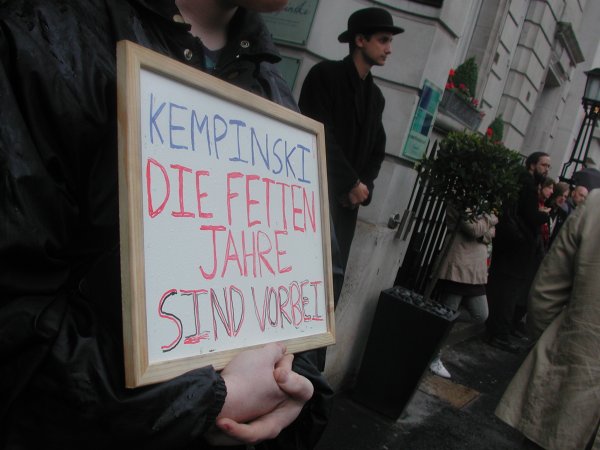 "Kempinski - The Fat Years Are Over" 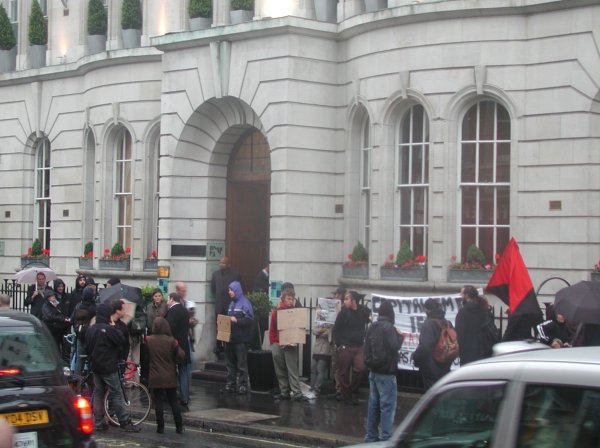 Around 50 demonstrators gathered in front of the entrance of the Hotel, handed out leaflets and talked to people passing by. People seemed very interested, and many already knew about this latest wave of state repression against anti G8 infrastructure and activists from mainstream media.

From the demo call:

"Why at Kempinski London?

Kempinski is the Hotel Group which hosts the G8 Summit in 2007. Kempinski has privatised large parts of the village of Heiligendamm, as well as beaches around it. Heiligendamm is the town in northern Germany where this year's G8 summit will take place. Bacause of this, the whole area around the town is fast becoming a no-go area even for the local people.


By choosing the symbolic site of the Kempinski Hotel in London we will protest against the upcoming G8 in Germany and the capitalist system it represents."

i was there, not spectacular, but very nice. showed the cops that the raids did more for the mobilisation then against it. almost 50 people, not easy to get so many people together in london spontanously.

next meeting in London: