Solidarity Protest at the German Consulate in Edinburgh

About 20 -30 people participated at the solidarity protest against the G8 related police raids in Germany from Wednesday 9th of May. 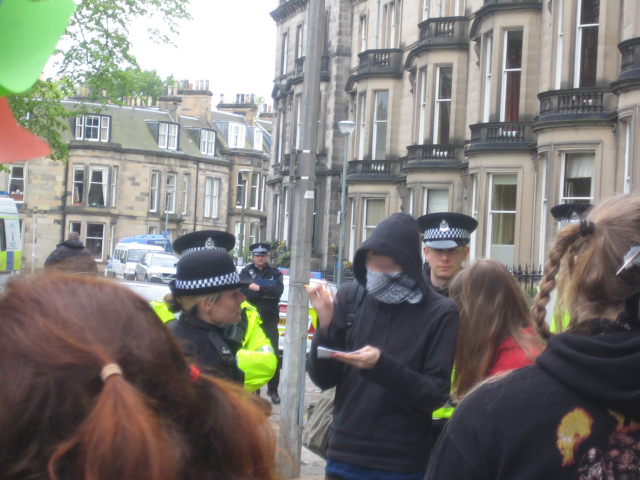 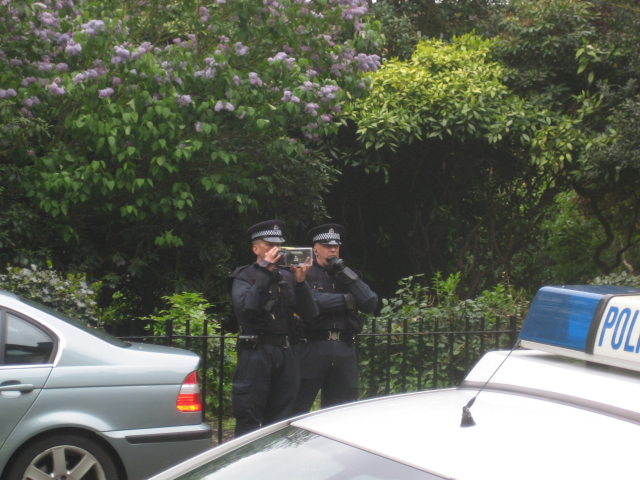 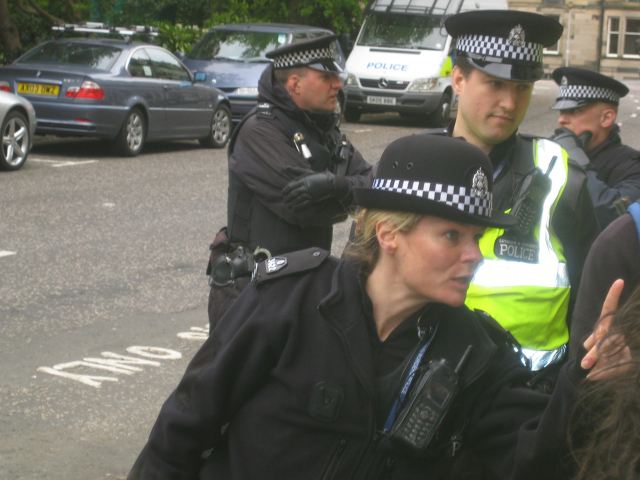 The small protest was quite nice with some lovely people and tastful banners and signs, a bit of drumming and so on.

The police however wasn't that good-mooded and tried to sweep us off the pavement in front of the consulate several times, even followed us back to city centre with their vans rotating madly around us in circles.

The FIT team was there with their cameras. Luckily enough it didn't rain and most of the protesters stood their ground well enough. The police wanted to make trouble and tried to pick on people, especially the ones wearing black hoodies and scarves.

I arrived a bit late, as the map showed south on top and north at the bottom of the page, so I got a little bit confused and also university is close to finish so had loads to do.

We all pretty much forgot our cameras. But it was a very nice protest and some protesters and activists in Germany expressed their deepest sympathy and gratitude for the solidarity actions here in Edinburgh via Germany Indymedia, 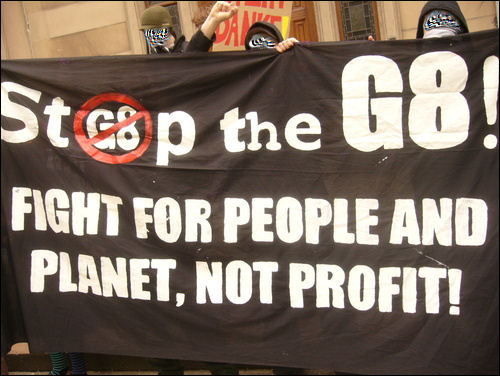 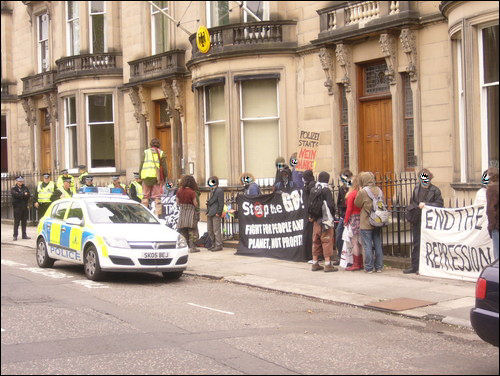 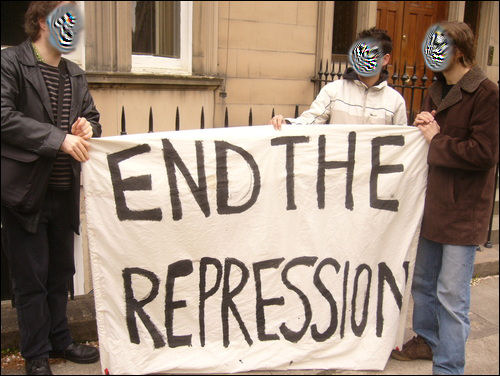 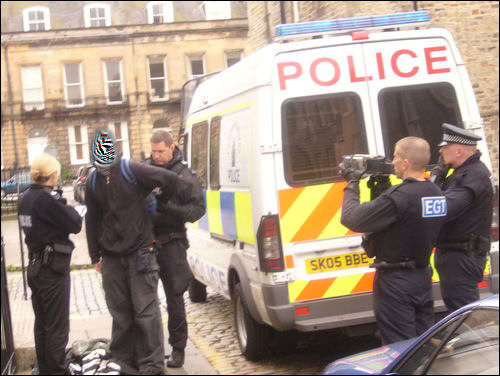 more pics from the demo.