Report from the Palestine solidarity rally in Sheffield on May 12. 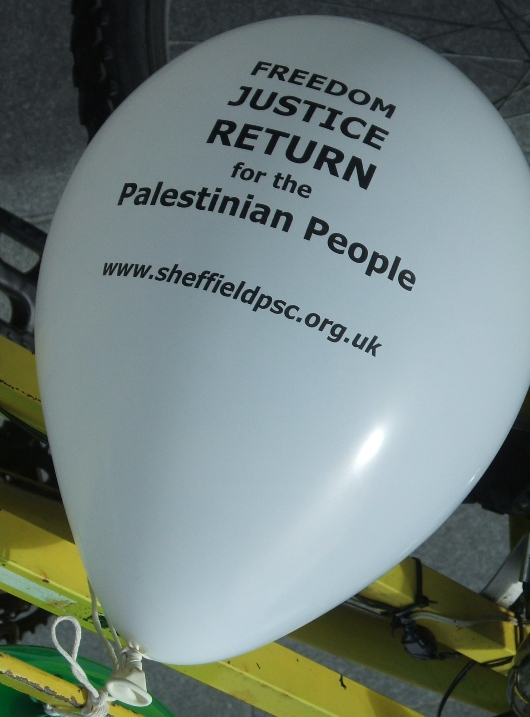 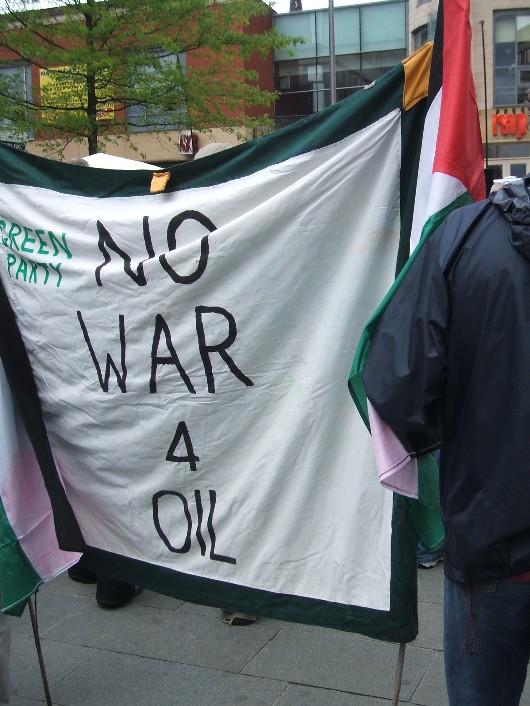 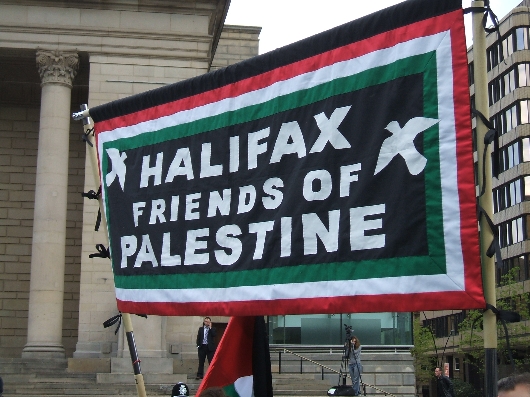 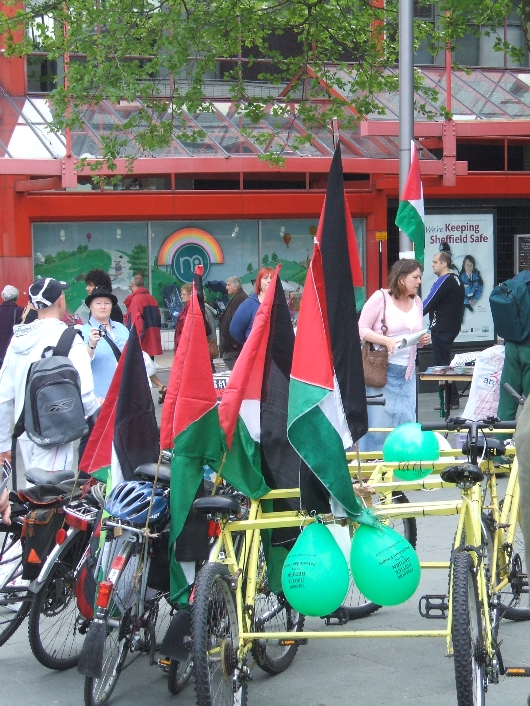 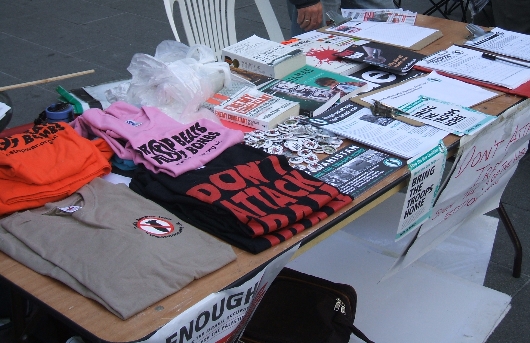 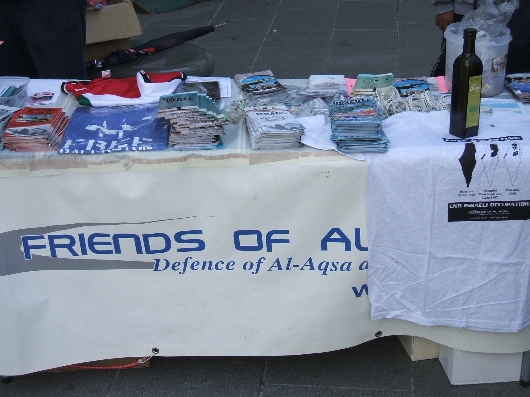 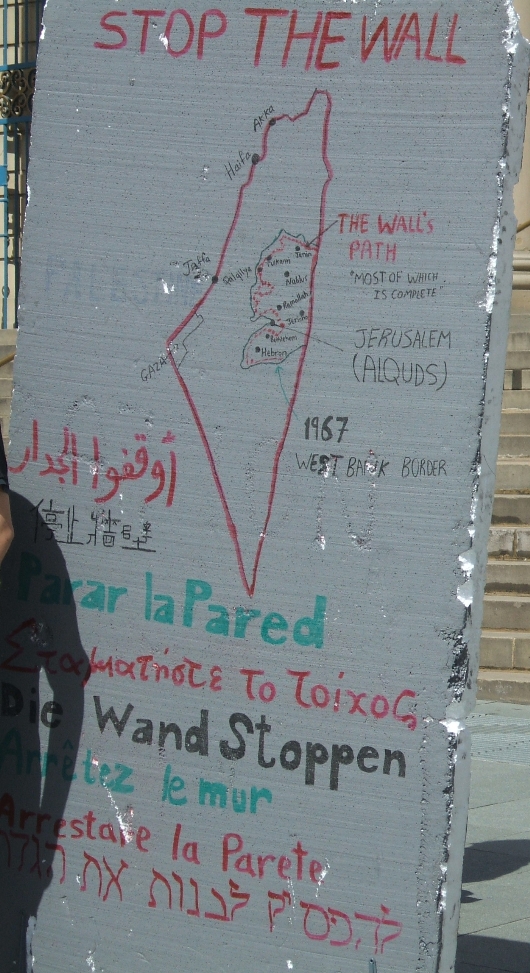 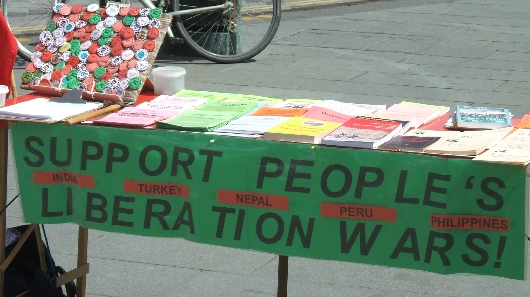 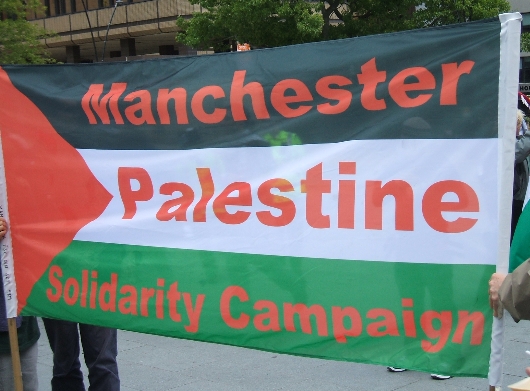 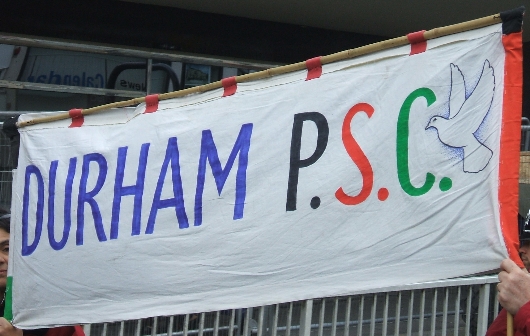 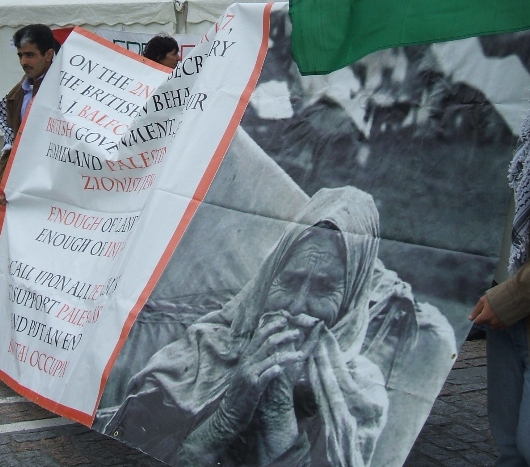 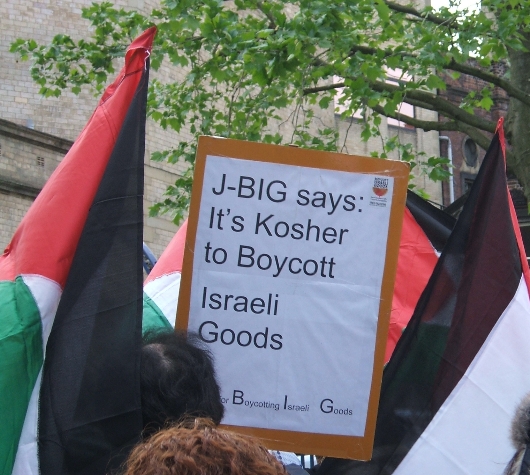 On Saturday May 12, a coalition of Palestine solidarity groups from the north of England organised a rally in Sheffield city centre to demand an end to forty years of Israeli occupation and justice for Palestine.

The event was well attended with banners from as far afield as Bradford, Durham, Liverpool, Manchester and even Glasgow.

Before marching around the city, demonstrators were entertained by traditional Palestinian dancing performed by Al-Zaytouna, a group of students from the University of Nottingham. This was followed by the first two speakers of the day.

The march itself was led by a group of cyclists, including a four-person bicycle which appeared to have found its way to Sheffield from Nottingham. After the cyclists came a samba band (who may or may not have been the local branch of Rhythms of Resistance) and the rest of the march.

On returning to the rally-point, Clare Short MP, who has recently travelled to Palestine, spoke. For a former cabinet minister she was surprisingly forthright, denouncing house demolitions by the Israelis as “war crimes” and stating unequivocally that the situation in the occupied territories can be considered a new form of apartheid.

Short was followed by Ismael Patel from Friends of Al-Aqsa, who traced the roots of the current situation to the Balfour Declaration of 1917, when the British Mandate of Palestine was promised to the Zionists. He asserted that Palestinians would be happy to welcome the victims of Nazism, but that the crimes of the Holocaust did not justify Israel’s brutal occupation.

The final speaker of the day was Betty Hunter, national secretary of the Palestine Solidarity Campaign. She praised the event and encouraged participants to come to the national demonstration for Palestine in London on June 9.

Hunter was followed by further dancing from Al-Zaytouna, who this time actively encouraged spectators to have a go. Fortunately, all of formal events were finished before the rains came.

During the speeches, a “checkpoint” was set up to try and convey the realities of Palestinian life. Participants stood in line waiting to have their papers checked by soldiers. Somehow I suspect that in reality Palestinians don’t have to stop the wall blowing down in the wind, although as a piece of street theatre it seemed quite effective.

The event seems to have been broadly successful. Michael Sanford, 22, a post-graduate student at the University of Nottingham said, “The impressive turnout demonstrates the depth of support for the Palestinians in the UK. Hopefully today’s rally is something we can build on in the future as we continue to work for Palestinian self-determination.”