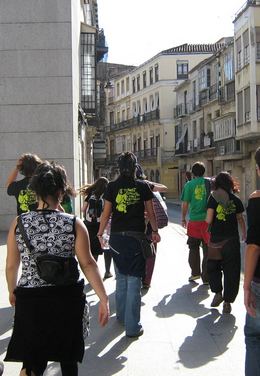 taking a stroll into town 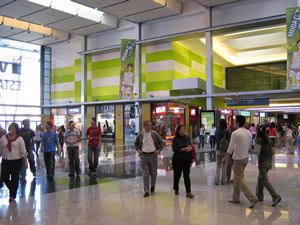 the renfe shopping mall on a sunday 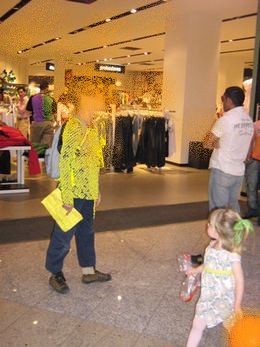 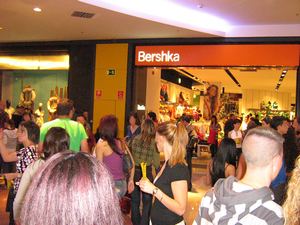 shopping and taking some leaflets 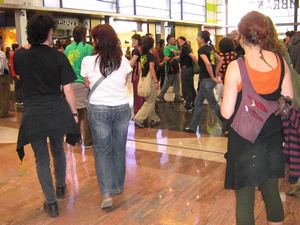 MayDay-ers gathering in the main hall of the shopping center 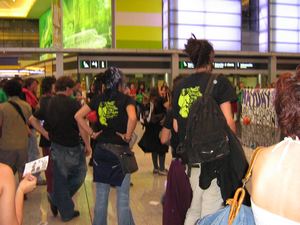 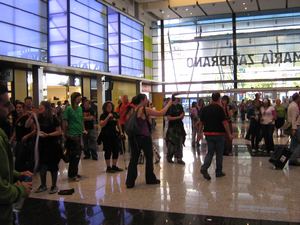 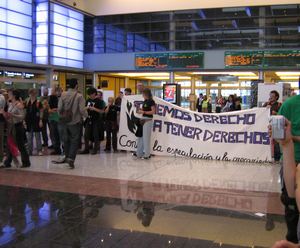 "we have a right to have rights" 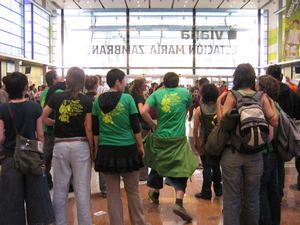 time to leave the shopping center/station 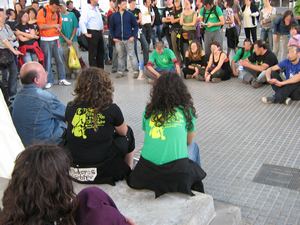 to have an assembly outside 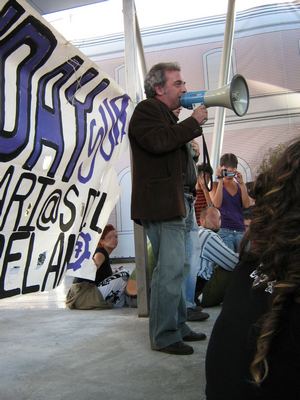 and listen to some speeches 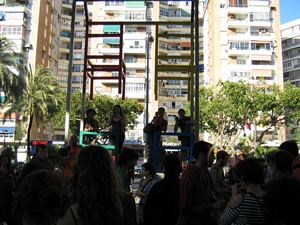 At 7pm on the spot, four groups intervened simultaneously with informative pickets at the doors of Bershka, Burger King, McDonalds and Vodaphone. They marked these locations as "precarious zones" and explained the "hidden history" of these companies to bypassers who seemed generally interested in the distributed leaflets. This took only minutes, then everybody strolled casually to the main hall, where dozens of people had gathered, banners were unfolded and a voice, transmitted by a soundsystem, denounced the precarious conditions of workers in this shopping center, while others played a game of multi-sided football. Rhythmic slogans accompanied the intervention: “precarias, precarios, saliendo del armario” (precarias, precarios, come out of the cupboard); “mayday! mayday! no llego a fin de mes” (MayDay! MayDay! I won't make it til the end of the month!); “no queremos contratos basura” (we don't want rubbish contracts!), while the circle of surprised and curious bypassers grew.

To conclude, an informative assembly gathered outside the doors. Members of the collectives of the precari@s as well as members of the syndicalist section of RENFE (spanish national train company) denounced the conditions of work.

On the first of may, video footage from this action was shown on national TV as part of the overall Mayday reporting.