About 50 people gathered at the Kempinski Hotel in London on Friday, 11 May, to show their solidarity with the victims of the G8 raids in Germany last week, and to express their opposition to the G8, capitalism and all that [call]. Kempinski is the hotel group hosting the G8 Summit in Heiligendamm, Germany, next month.

The Met had 'designated' a pen on the opposite side of the street, but protesters refused to be penned in and stayed by the hotel, without entirely blocking the pavement. Some leaflets were given out and not much more happened.. well, apart from the FIT struggling to get good shots of people's faces. 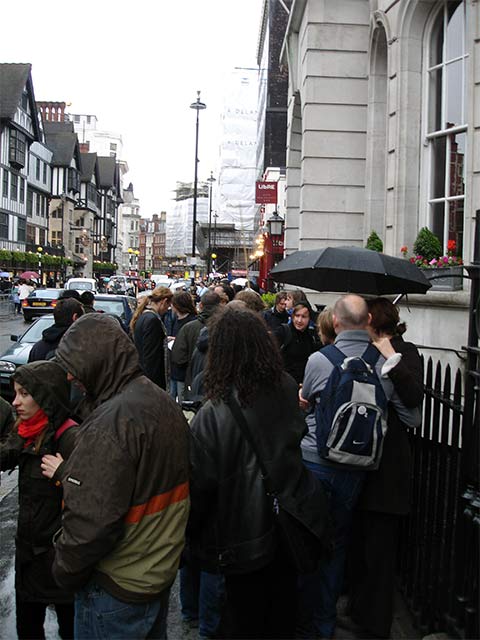 protesters standing on the pavement by the Kempinski hotel 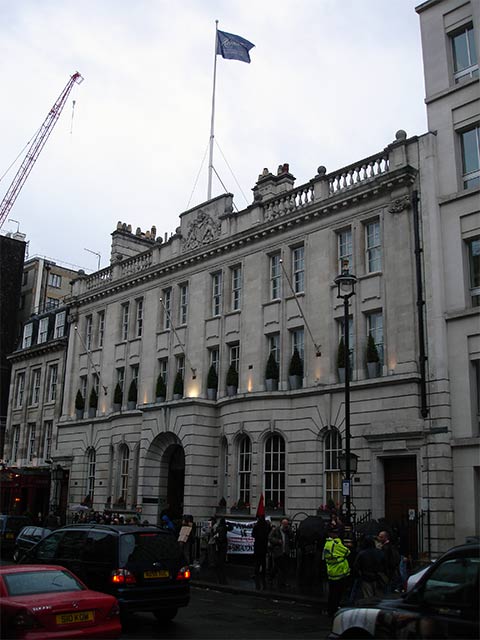 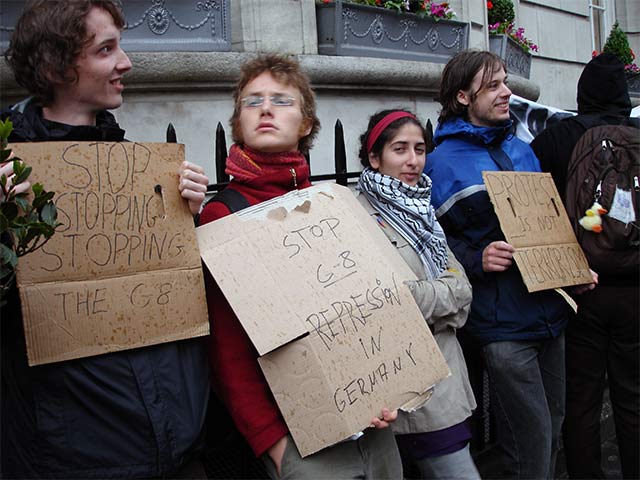 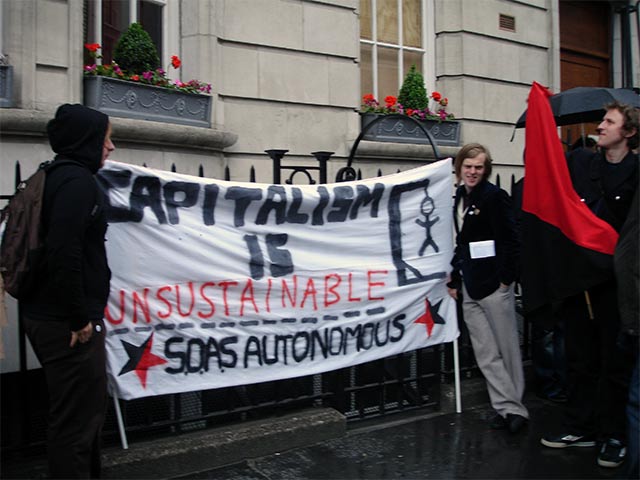 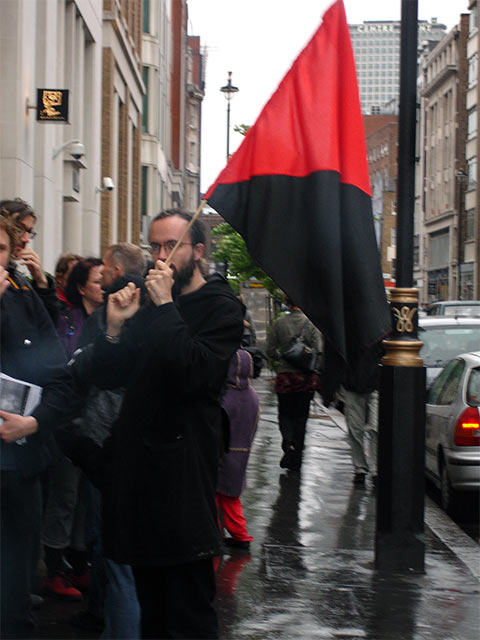 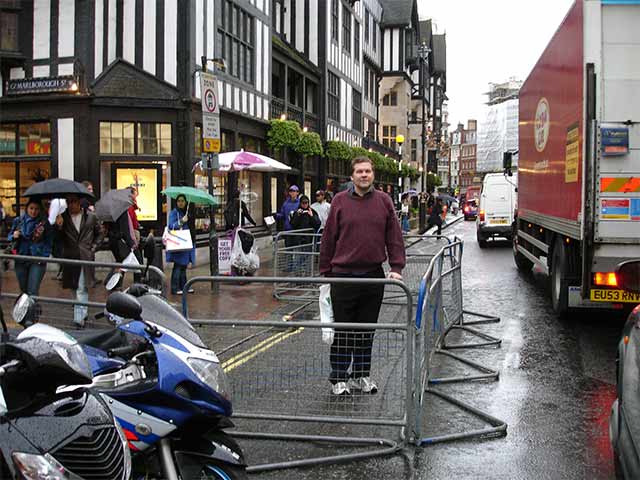 lone protester in the pen shouting to make a point 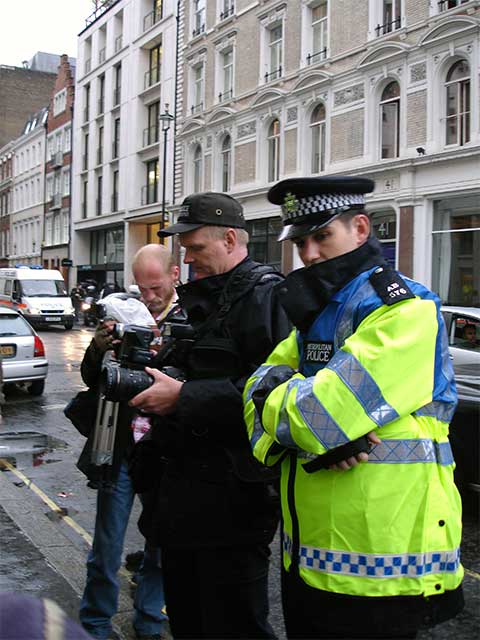 two of the FIT team in action 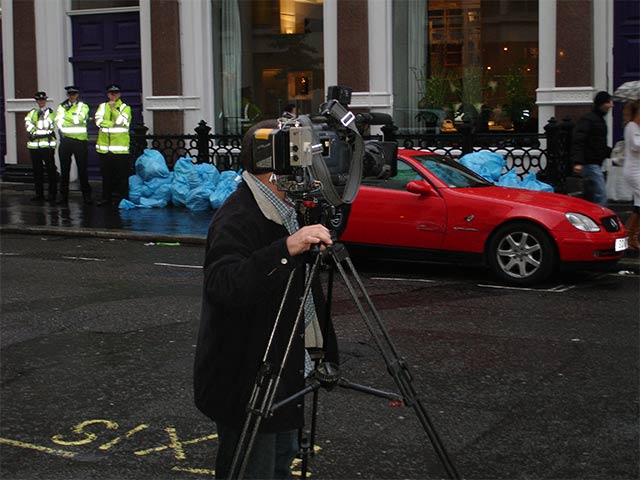 quite surprisingly, there was a CNN camera there 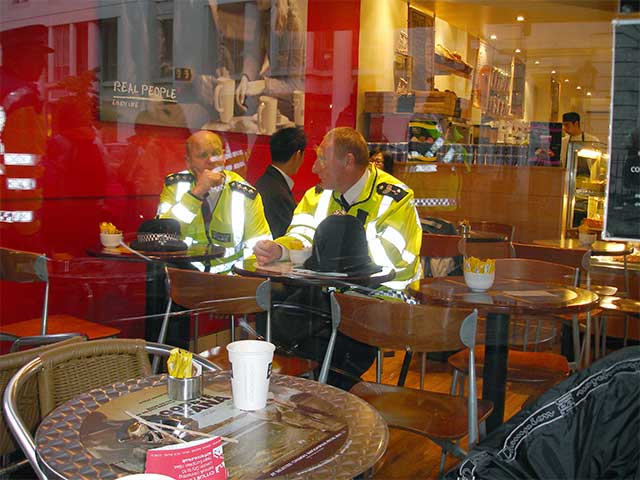 Many of the participants moaned afterwards that the demo could have been better, with some chanting, better preparation in terms of leaflets and banners, or even some direct action. But then almost none of them took the initiative, felt responsible or thought they could do that!