Where is the Panchem Lama

The Panchen Lama is the worlds youngest political prisoner. He was kidnapped at the age of 6 by the People's Republic of China (PRC) in 1995 and has never been seen or heard since. He is now 18 years old.

On 17th May 2007 a candel lit vigil was held for the release of The Panchen Lama in Mc Leod Ganj, Dharamsala, the home of the Dali Lama and Tibetan community in exile. 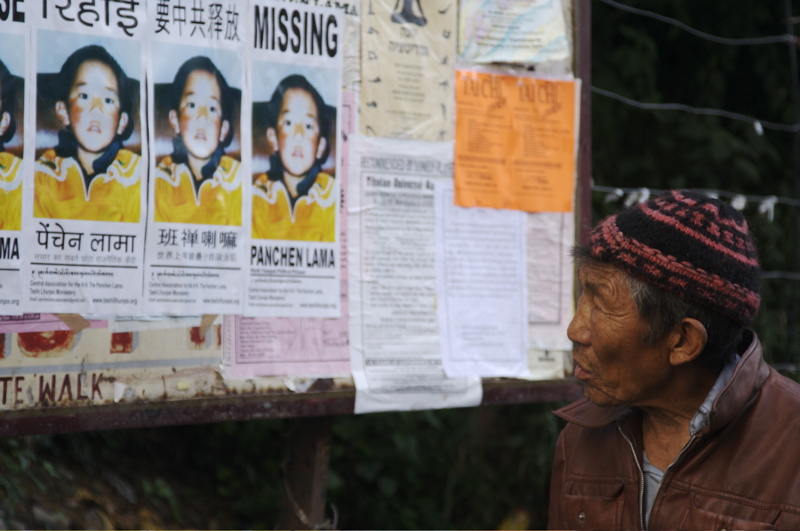 Where is the Panchen Lama 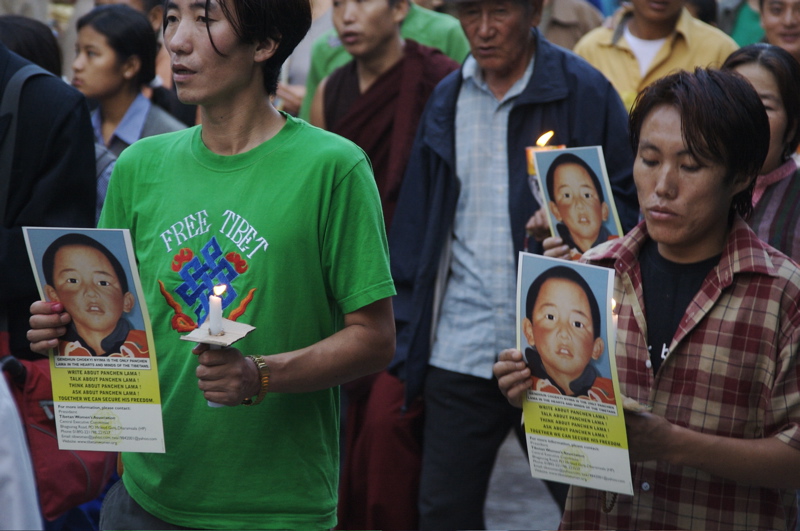 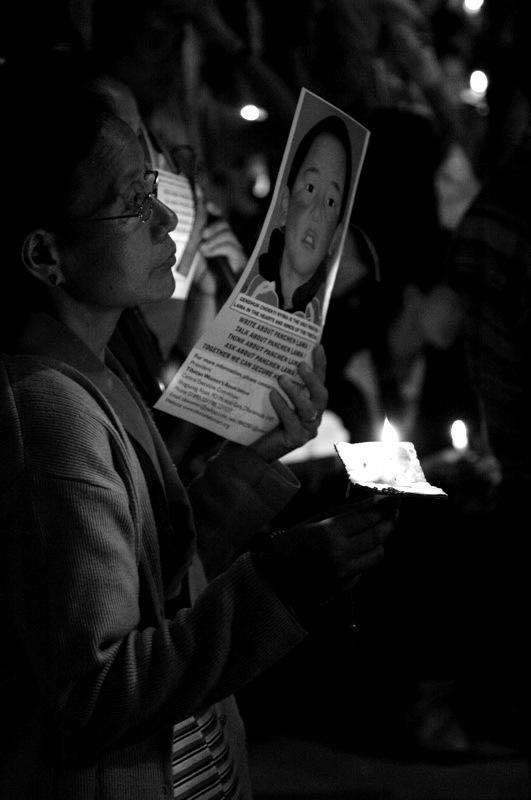 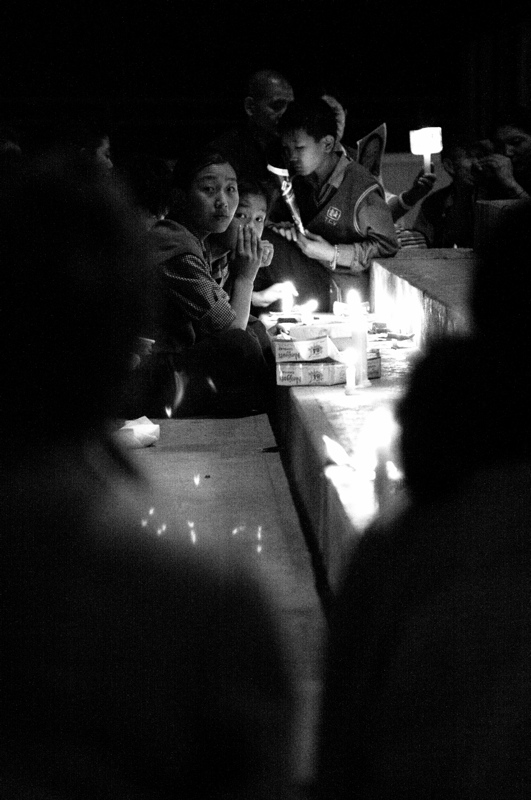 Together we can secure his freedom

Taking these photos of the Vigil for the Panchen Lama was an eye opening experience. For a long time, I have been aware of Tibetans approach towards the atrocities that have been committed against them by the PRC. The Tibetan philosophy of non-violence and compassion has cultured a high level of respect in me.

During the vigil, there was no negativity or resentment against the PRC. Only chants for world peace and the release of the Panchen Lama. When I look at other conflicts in the world, the first thing see or hear is blame, resentment and hatred. Knowing what Tibetans have gone through and experiencing such a harmonious event brought tears to my eyes.

"The candle light processions was organised to mark the 12th year of forceful captivity of the 11th Panchen Lama, Gendhun Choekyi Nyima, by the Communist Chinese authorities.

On 17 May 1995, three days after Gendhun Choekyi Nyima was recognised by the Dalai Lama as the reincarnation of the 10th Panchen Lama, he along with his family went missing in Tibet.

On 28 May 1996, the Chinese Government finally admitted that they are actually holding Gedhun Choekyi Nyima and his family "in protective custody".

In November 1995 the atheistic Chinese government even installed a boy named Gyaltsen as the 11th Panchen Lama out of their own choice." - From Secret Tibet.

TOGETHER WE CAN SECURE HIS FREEDOM !

Thank you for bringing this to my awareness.

This article inspires ME...

to spread the word about the Panchean Lama. Please read, email, download and send prayers of freedom.
Much love!