Robert Kennedy's suspicions about the involvement of gangs of Cuban and Italian origin at the service of the CIA in his brother's assassination sheds new light on the Bush family protection of international terrorist Luis Posada Carriles... 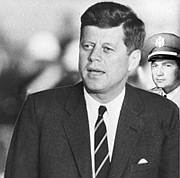 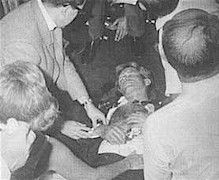 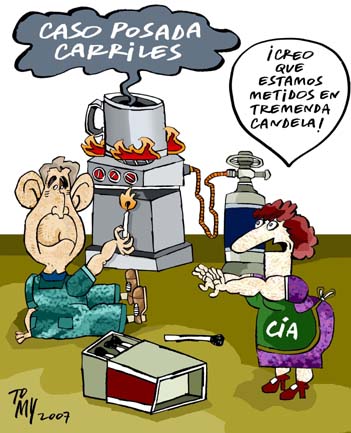 Havana, May 19 (Prensa Latina) Robert Kennedy's suspicions about the involvement of gangs of Cuban and Italian origin at the service of the CIA in his brother's assassination sheds new light on the Bush family protection of international terrorist Luis Posada Carriles.
Granma daily quoted revelations published by the Chicago Tribune on May 13, saying that Robert F. Kennedy suspected, and started investigating from the first time, on November 22, 1963, that his brother's assassination was part of a conspiracy by these groups, as he was fully aware of their motives because he had been working with them to ouster Fidel Castro and suffocate the Cuban Revolution in the wake of the failed Bay of Pigs invasion.
These revelations appear in the book "Brothers: The Hidden History of the Kennedy Years" by David Talbot, published by Simon and Schuster.
Robert Kennedy was aware that in Washington it was better to keep secrets when one is working in a relevant issue. That"s why he misled people for several years by saying in public that no investigation would bring his brother back.
In fact, in successive years until his own assassination on June 5, 1968, he managed to collect an incredible body of evidence which maintain why he had those suspicions.
The group of CIA officials allegedly involved in JFK's assassination was present, beyond their duties, in the hotel where Robert Kennedy, the sure candidate to win the presidency, was killed, it was found recently.
Granma concludes that after one recalls so many other terrible crimes of the CIA-Gate gang, one can better understand that Posada Carriles, who was also allegedly involved in Kennedy"s assassination, as he was in Dallas that day and is mentioned in the Congressional Report of the investigation he was subject to, may be trying to blackmail George Bush Jr.