Here are some photos from the protest against rendition flights which took place outside the Scottish Parliament in Edinburgh on Thursday 24th may. 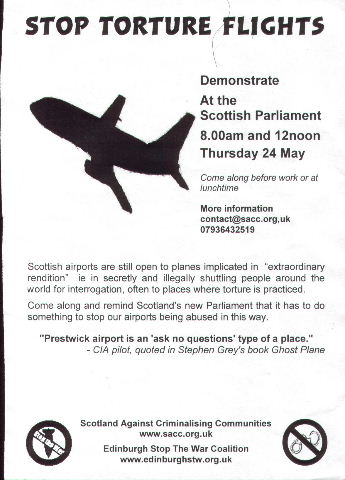 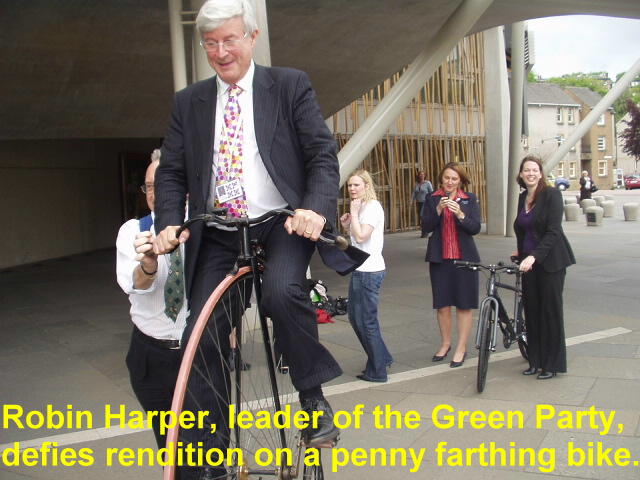 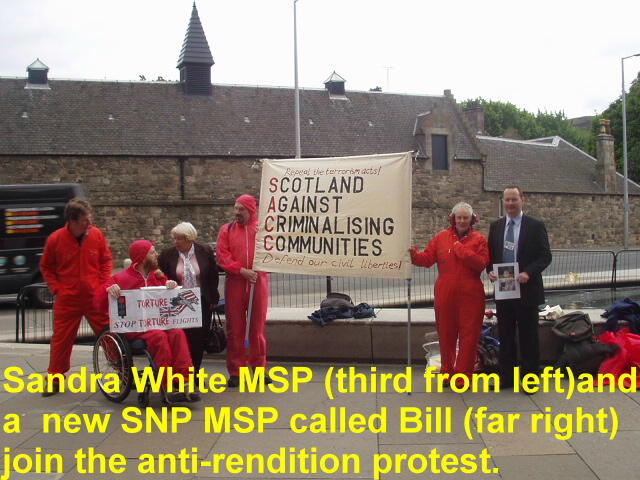 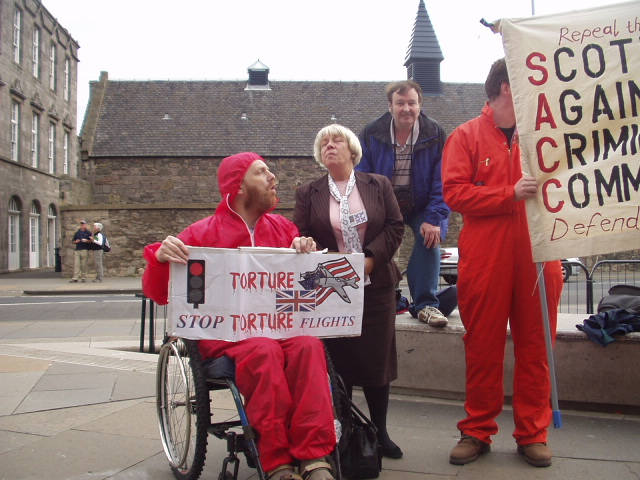 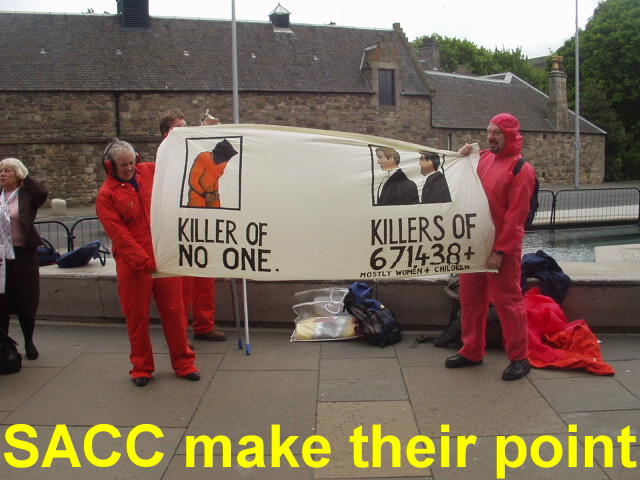 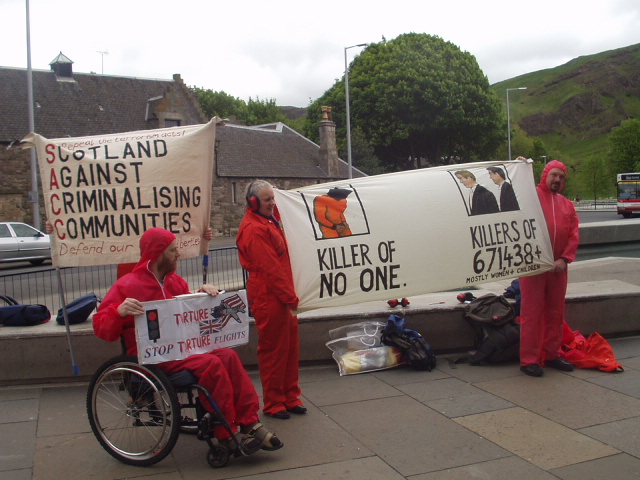 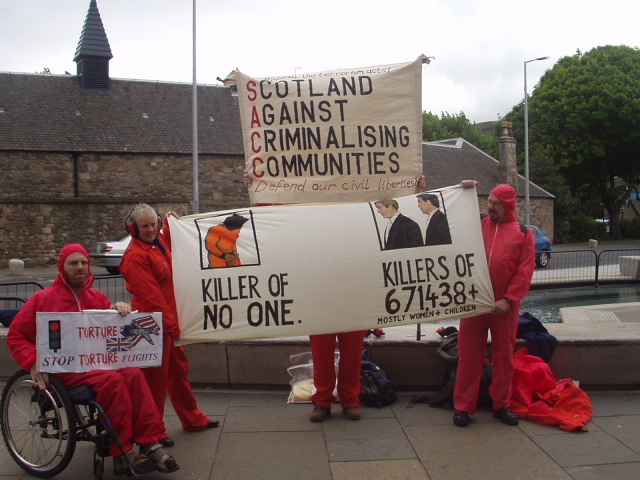 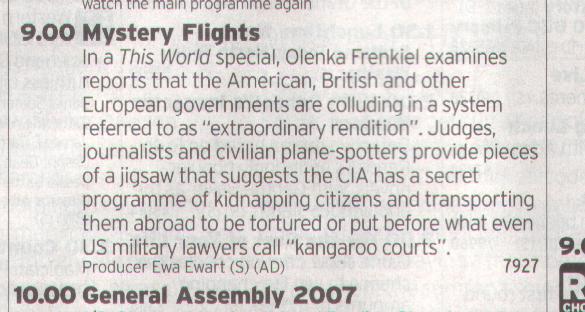 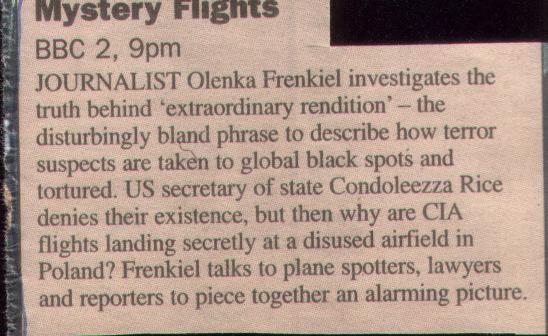 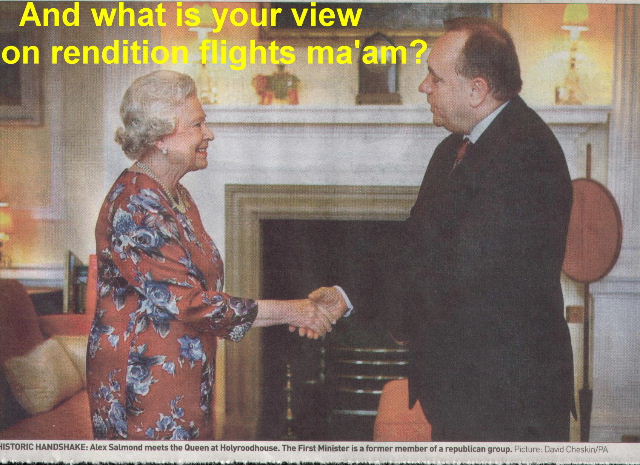 
Thursday 24th May 2007 saw two demonstrations to urge the Scottish Parliament to take action to stop torture flights. The first was at 8.00 am with the second at 12.00 noon. There was a small piece announcing the demonstration on page 9 of the Edinburgh Evening News of Wednesday 23rd May.

The small demonstration attracted about a dozen activists who dressed up in orange jump suits and afterwards there was a discussion in a room in the Scottish Parliament, attended by three Scottish Nationalist Party MSPs, Sandra White, Aileen Campbell and Jamie Hepburn.

There was a photographer and a reporter from the Glasgow Herald though the report only made a small piece on page 6 and no photos were used. There was nothing in the Metro or the Scotsman.

A number of photos from the day are attached along with the relevant press cuttings and two brief reviews of the BBC2 programme `Mystery Flights` about the whole issue of rendition.