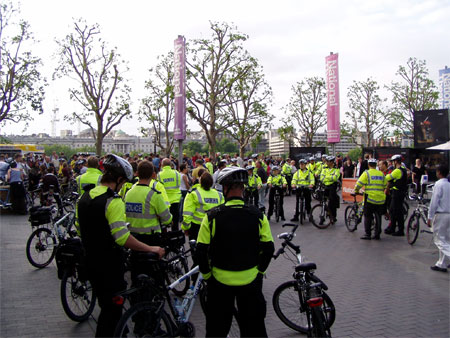 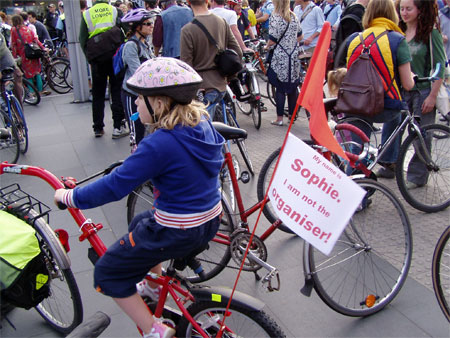 in case police were looking out for organisers 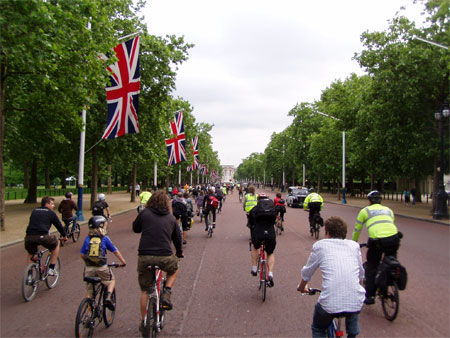 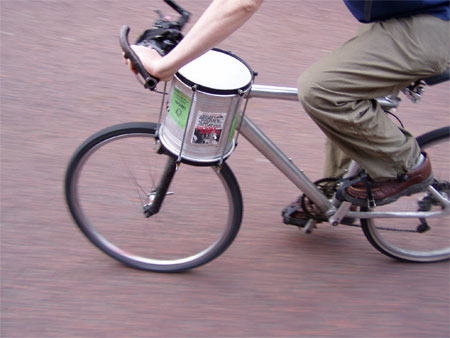 one of the riding sambaistas 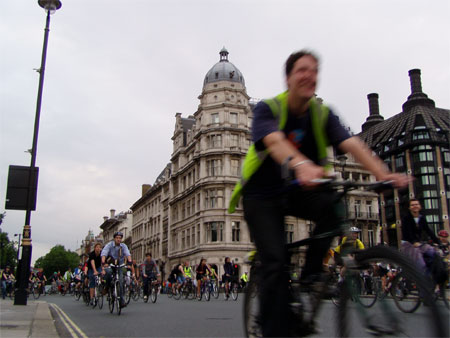 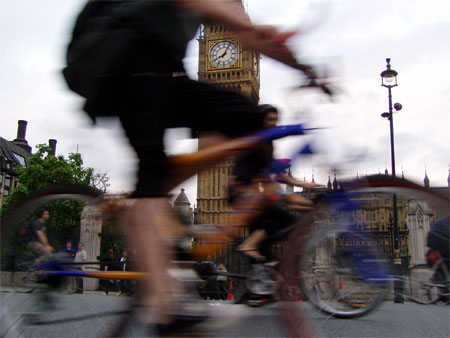 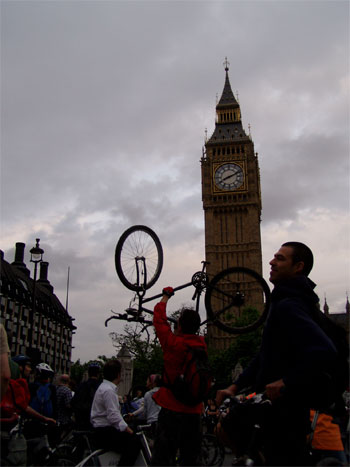 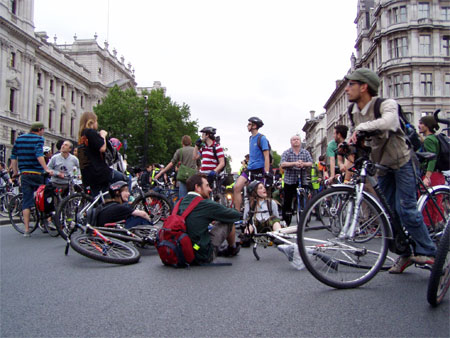 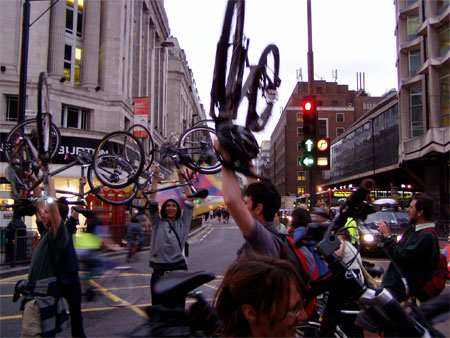 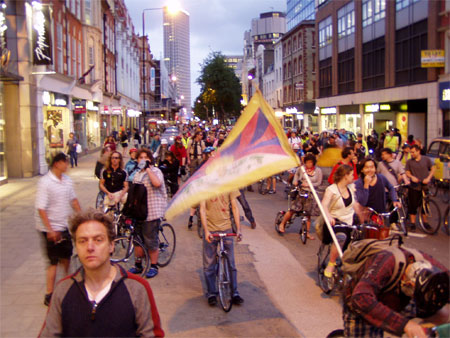 after suffering two bike accidents in the last few months, both damaging my wrist and the second breaking it, i've not been riding my bike very far and not been enjoying it all that much.

determined to get back on, and with the wrist becoming less painful, the time was approaching to consider the ride into the west end for the first time in months.

the police appeal against des kay, and the possible repression of critical mass gave me the goal i needed, and tonight i set off into town to join hundreds of others in an act of defiance and empowerment.

as i arrived at waterloo, i saw a lot of police bikes, and i thought - oh oh - here comes the crackdown. legal leaflets assured me that the ride itself was not illegal (and in fact common sense tells me it can't be), but that anyone caught organising it without notifying police in advance of a route could be breaking the law. even so, i expected zero tolerance from the cops tonight.

but it seemed no-one had told the cycling police about the legal judgement. they were quite surprised at the size of the turnout. and they were under no special instruction to crack down.

so several hundred cyclists set off over waterloo bridge, along the strand, the mall and on to buckingham palace.

the police, it has to be said, were extremely laid-back and totally helpful. they facilitated the ride in every way possible, placated and admonished angry drivers, made our progress as safe and fluid as possible, and acted like real human beings. i felt i was in some alternative universe.

even the socpa law was in tatters, as cyclists circled parliament square dozens of times, shutting it to all traffic before sitting down in front of westminster palace while samba and sound systems played.

i met many many friendly people, and i kept hearing stories from delighted cyclists who said this was their first ever critical mass ride.

it seems the media coverage of the court ruling had stimulated a defiant spirit in many ordinary cyclists who had never massed before. and they were loving it!

at a time when global warming, climate change, and alternative energy are impinging on the international conciousness like never before, it's no surprise that ordinary citizens are bemused at a crackdown on a cycling protest. hence, the many first timers.

we'll be back. the first-timers will become old timers.

roll on the next piece of repressive legislation. england is waking up.

Yes they didn't even try to stop our sound systems in the SOCPA zone this time. We even warranted a concerned police helicopter over Trafalgar Square. The Mass must be coming up in the world!

The question is though, do we actually need police facilitation, aka 'management'? Personally, I do object to the police blocking the front of the ride, ostensibly for the rest to catch up. There were probably about 1,000 riders last night so does it matter if the ride gets split into two or three, each going their own way maybe to catch up later? Apart from that the police were indeed very laid back and even blended in with the ride towards the end. May it always be so.