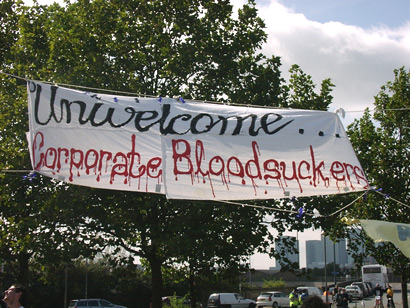 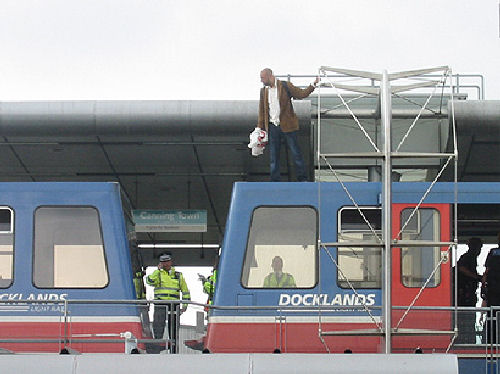 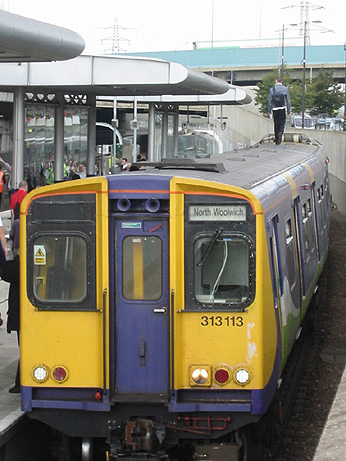 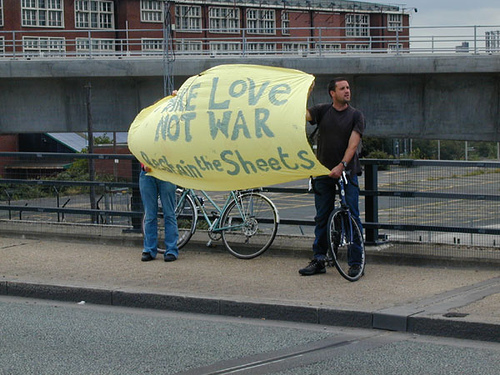 In 2005, DSEi hosted 1,100 companies, 70 official military delegation and 20,000 visitors from across the globe. Many of the countries invited were at war, some with each other. Many were dictatorships with appalling human rights records. Many had huge national debts with populations in severe states of poverty and starvation.

There are no borders, no limitations and certainly no morals when it comes to arms trading. Whilst countries such as the US and UK pretend to restrict the sale of arms, there are enough loopholes to enable dealers to trade whatever they like, to whoever they like.

We must not let them meet without disruption and opposition. Join us and take action. Say no to war. Say no to the arms trade.

You Decide!
Get involved – come to the next meeting on Tuesday 5th June 7.30 pm at the Sumac Social Centre, 245 Gladstone Street, Forest Fields, NG7 6HX.