Cindy Sheehan has sadly announced her retirement from the peace movement. 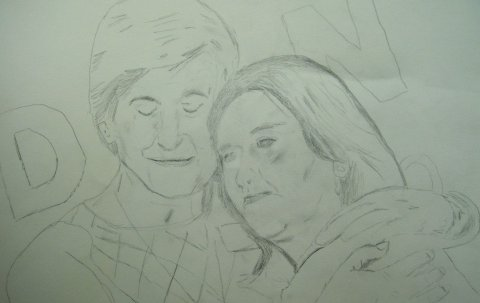 Before the invasion of Iraq, lots of military families came along to peace protests. After the invasion, most of them stopped coming as it seemed unpatriotic and unsupportive of their kin. Soon after that their kids, brothers and sisters started coming home in body-bags well away from press cameras. A new type of peace-protestor sprang up, the relatives of the dead who wanted to know why their loved ones had to die. In the UK, the most visible and tireless of them were Rose Gentle and Reg Keys who helped start Military Families Against War.

In the US Cindy Sheehan became 'the face' of the families of the fallen when her son Casey died. She campaigned tirelessly, and endured endless abuse from the mainstream media and politicians there, which split her family and ruined her financially. She has had enough and decided to retire from the peacemovent for reasons she explains here:


I have also reached the conclusion that if I am doing what I am doing because I am an "attention whore" then I really need to be committed. I have invested everything I have into trying to bring peace with justice to a country that wants neither. If an individual wants both, then normally he/she is not willing to do more than walk in a protest march or sit behind his/her computer criticizing others. I have spent every available cent I got from the money a "grateful" country gave me when they killed my son and every penny that I have received in speaking or book fees since then. I have sacrificed a 29 year marriage and have traveled for extended periods of time away from Casey’s brother and sisters and my health has suffered and my hospital bills from last summer (when I almost died) are in collection because I have used all my energy trying to stop this country from slaughtering innocent human beings. I have been called every despicable name that small minds can think of and have had my life threatened many times.

The most devastating conclusion that I reached this morning, however, was that Casey did indeed die for nothing. His precious lifeblood drained out in a country far away from his family who loves him, killed by his own country which is beholden to and run by a war machine that even controls what we think. I have tried every since he died to make his sacrifice meaningful. Casey died for a country which cares more about who will be the next American Idol than how many people will be killed in the next few months while Democrats and Republicans play politics with human lives. It is so painful to me to know that I bought into this system for so many years and Casey paid the price for that allegiance. I failed my boy and that hurts the most.

I have also tried to work within a peace movement that often puts personal egos above peace and human life. This group won’t work with that group; he won’t attend an event if she is going to be there; and why does Cindy Sheehan get all the attention anyway? It is hard to work for peace when the very movement that is named after it has so many divisions.

Our brave young men and women in Iraq have been abandoned there indefinitely by their cowardly leaders who move them around like pawns on a chessboard of destruction and the people of Iraq have been doomed to death and fates worse than death by people worried more about elections than people. However, in five, ten, or fifteen years, our troops will come limping home in another abject defeat and ten or twenty years from then, our children’s children will be seeing their loved ones die for no reason, because their grandparents also bought into this corrupt system. George Bush will never be impeached because if the Democrats dig too deeply, they may unearth a few skeletons in their own graves and the system will perpetuate itself in perpetuity.

I am going to take whatever I have left and go home. I am going to go home and be a mother to my surviving children and try to regain some of what I have lost.