German Fascists called a demonstration on the same day as the major mobilisation against the G8 in Rostock. Antifa mobilised an anti-fascist response to the planned demo in Schwerin, north-west Germany.

Schwerin was eerily quite for a Saturday morning. German cops setup road blocks on the city's arterial roads in an attempt to filter out fascists and anti-fascists. The city's streets were deserted and the tram system was suspended. Posters showing a Nazi swasticka being chucked in a bin adorned roads around the city. There was little evidence of the "Master Race" mobilising in Schwerin but reports came in later that they had mobilised in Berlin and other parts of Germany. For the most part, local people we spoke to seemed confused about the nature of the counter demo, perhaps mirroring the somewhat confused interpretation of what really constitutes the radical left and right in Germany. 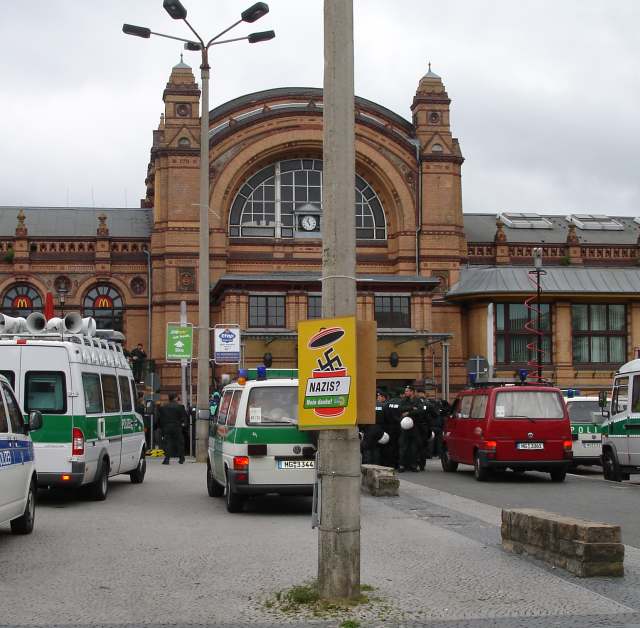 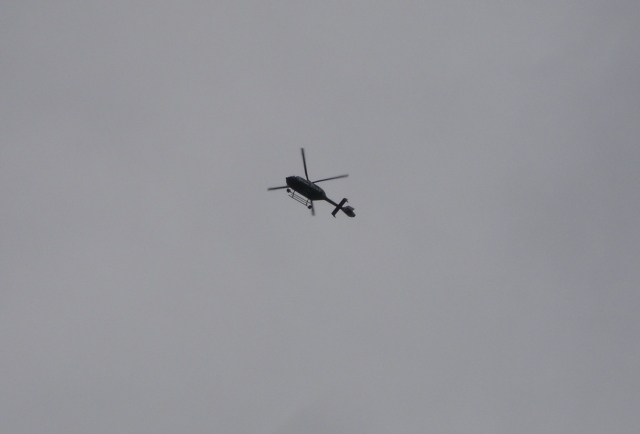 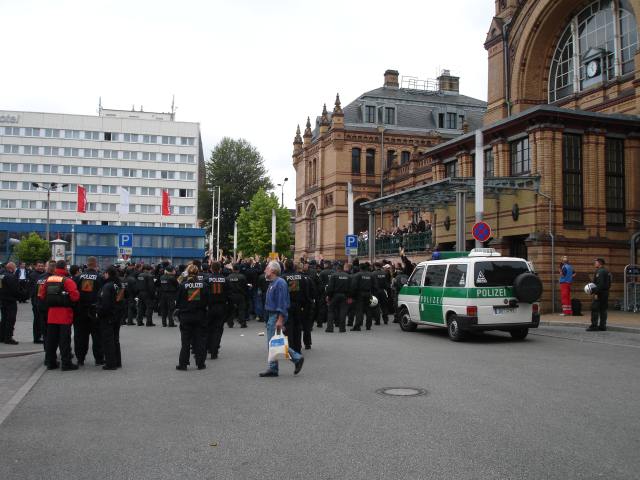 coralled into a pen 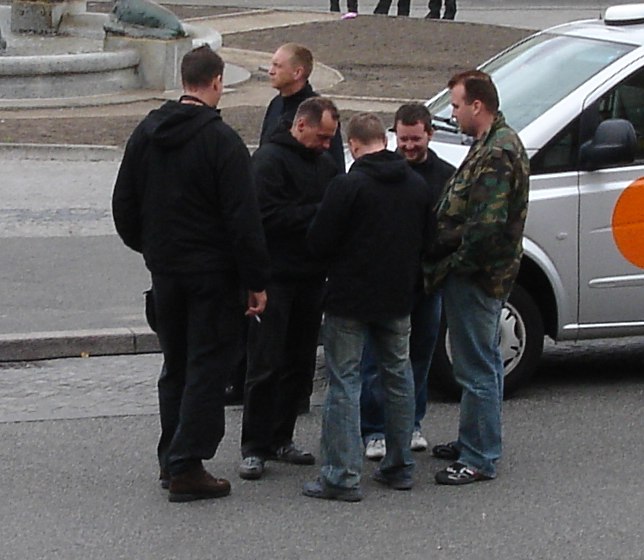 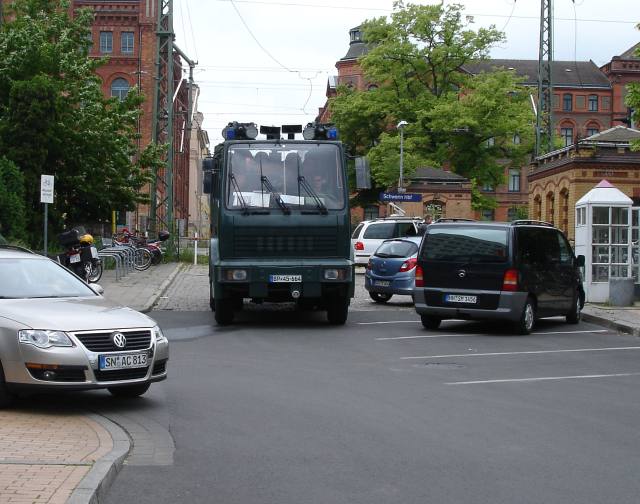 water canon waiting around the corner 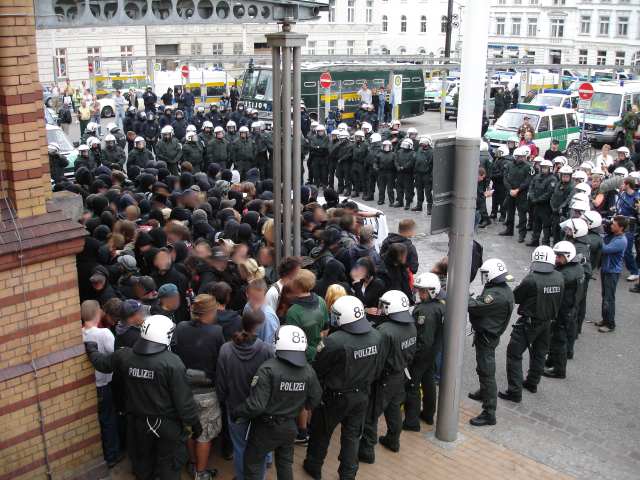 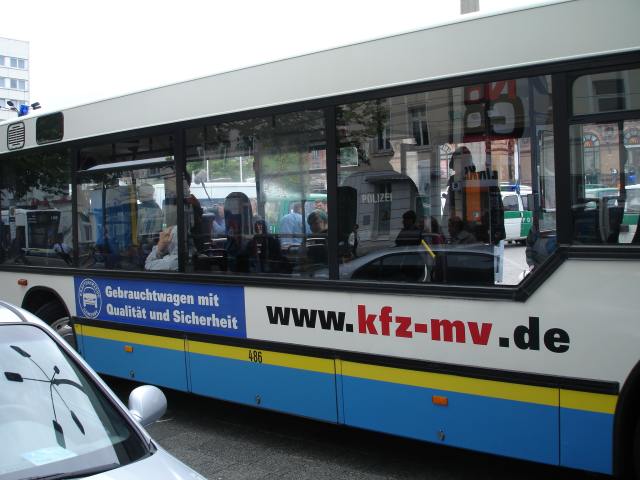 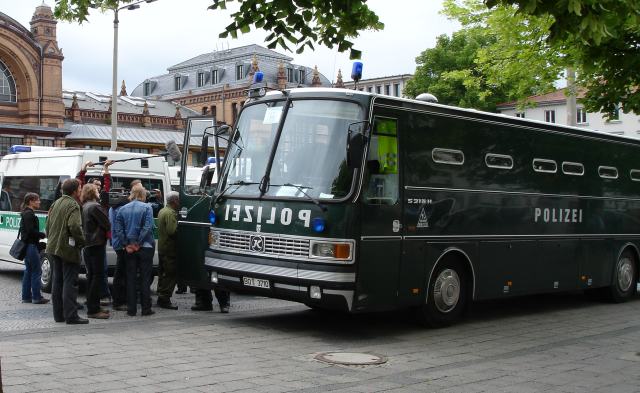 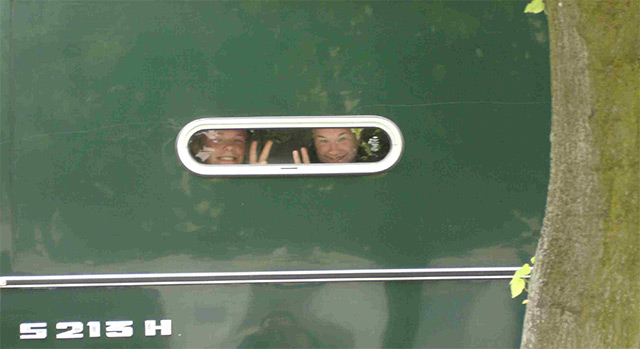 Fascists in Germany appear different to their English counterparts. Not only do they appear to dress similarly to black-clad anarchists, but their politics share some similarities but only in terms of mobilising against the G8 summit. Two years ago when the G8 circus came to Scotland there was no sign of a far-right mobilisation against the G8 summit.

German fascists seem to be attempting to opportunistically hijack our mobilisation against the G8. They are against Global Capitalism, but from an abhorent and contradictory nationalist perspective. Instead of showing solidarity internationally with those marginalised and exploited by neo-liberal governments and corporations, they are intent on preserving their own deluded sense of national identity. This includes rejecting migrants, US imperialism and what they label are 'foreign forms of capital'. Contradiction and confusion abounds.

Police corralled over a hundred anti-fascist protesters at Schwerin Railway station. The demonstration had been ruled illegal by the police but this had been over-ruled in court. Despite the court's ruling, the police prevented the demonstration from going ahead

About 150 protesters were corralled at the station for several hours before police began arresting people. Approximately 100 people were arrested and placed in police vans and even public buses. It's worth pointing out that the German mainstream press tried to interview those arrested as they were marched to buses by police. Whether they accurately represented the political context of the demonstration on national television is another matter.

The railway station was swamped by several hundred police, including 'undercover' policemen who are pictured above. Most of those arrested were released. A few remained in the police station overnight.