Thousands of people left Reddelich camp early this morning to take part in the first day of blockades against the G8 summit. The main group which consisted of well over 5000 people moved towards the fence through fields and country roads. Other smaller affinity groups also left towards the fence 'protecting' Heiligendamm. Here there are a few photos of the main blockade which managed to break well inside the designated 'no-protest' zone, and successfully occupied the main road leading to Heiligendamm from the town of Bad Doberan, and just a few hundred meters away from the fence that protects the so-called 'red zone'.

At the time of publishing this report the blockade is still on, and growing in numbers as protesters from an earlier blockade of a military airport nearby are joining in. Police are bringing in water cannons and small tanks, but the protestors are staying put and resisting the blockade, some of which planning to stay overnight.

Here there are a few pics of the blockade so far .... 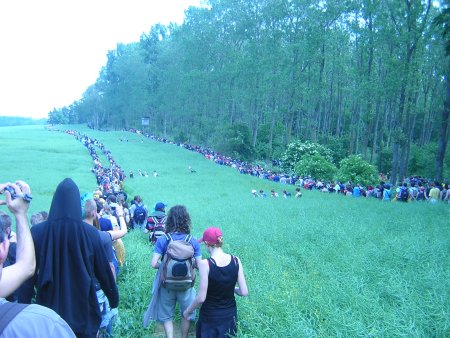 View of protestors advancing towards the fence through the fields ... 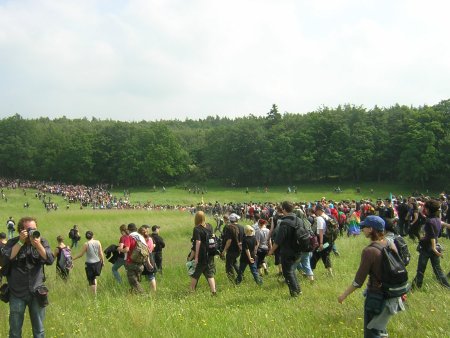 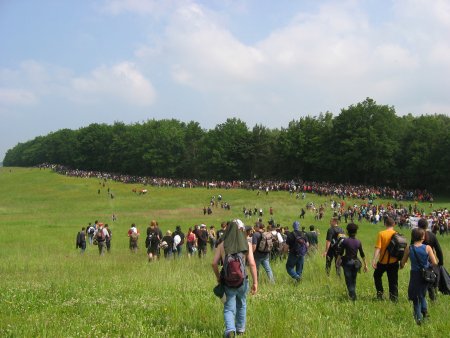 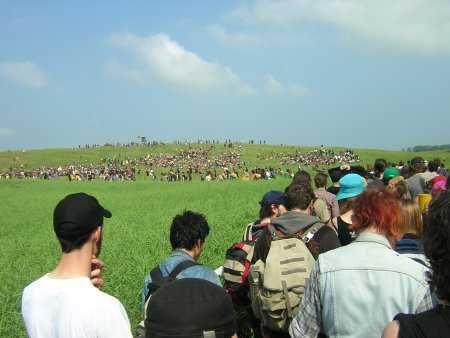 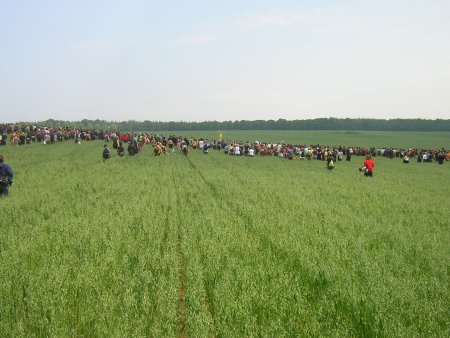 The 'blue' affinity group on the move. 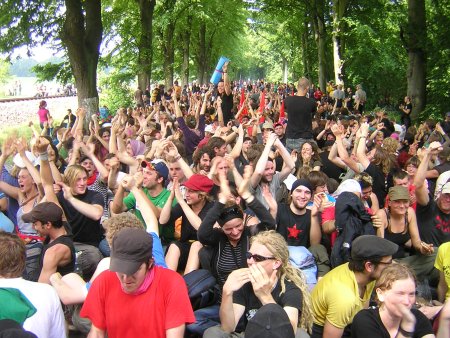 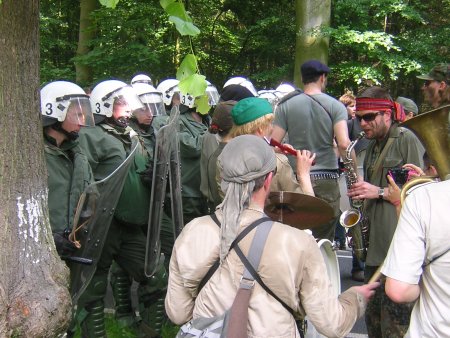 Front of the blockade 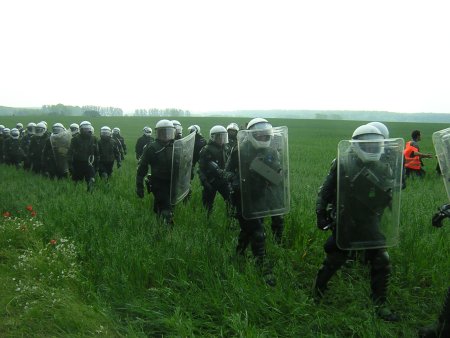 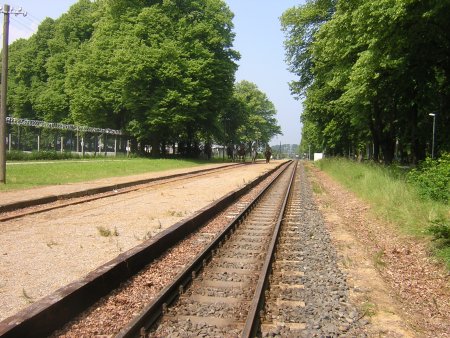 View of the fence from the blockade 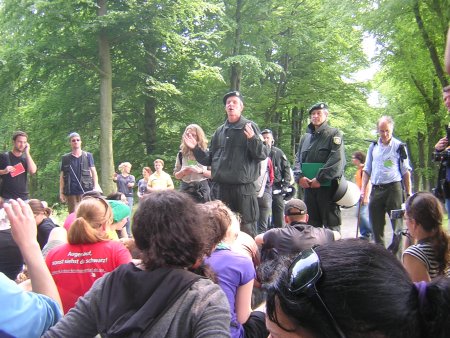 Cops negotiating a 'friendly end to the blockade' :-)

we're watching here in North Carolina. props to our comrades, brothers and sisters for the day after day resistance and blockades. its inspiring. the resistance is shaping up to be a model for us all to follow. we're with you in spirit! solidarity!!! :) and thanks to indymedia for providing the images and real news. they are excellent!

Wish I were there

Damn, hell of a job you guys are doing there. Shows that protests can also go without violence. Wish I were there.

I have been just looking around at all the information and pictures. Seems our leaders have forgotten they should be working for the people instead of themselves. There is so much corruption on the planet at this time it will take some time and effort to repair the damage. Many news medias have not been reporting all the facts especially in the US, This is one reporter trying to get answers.
Charged with Criminal Trespass Despite Protest of CNN Staff and Official Event Press Credentials at GOP Debate in New Hampshire
Manchester, NH - Freelance reporter Matt Lepacek, reporting for Infowars.com, was arrested for asking a question to one of Giuliani's staff members in a press conference. The press secretary identified the New York based reporter as having previously asked Giuliani about his prior knowledge of WTC building collapses and ordered New Hampshire state police to arrest him.


This is how they hide the truth from people arrest the reporters who ask questions.

Your report on events has been the best I have read. Thanks.

please edit pictures and disguise peoples' faces prior to posting.