At the West Gate of the G8 summit a car carrying Russian delegates attempted to pass protesters. It was blockaded and damage was inflicted to the car.
First the car was blocked then people attempted to disable it. The wheels were deflated and exhaust was broken. Activists then opened the boot and removed the belongings of the delegate, just as the G8 removes the freedom and lives of those it claims to represent. Once the boot was open the car drove into people resulting in the windows of the car being smashed.

A few days a go the BBC reported that Tony Blair was "concerned" about the lack of democracy in Russia. The Russian government doesnt give a fuck if he is concerned or not. Hopefully they will listen to this act of resistance. The people are not happy with the governments actions, such as the recent repression of Gay Pride activists. We will resist. They are not welcome on our streets!

Fotos from the delegates car 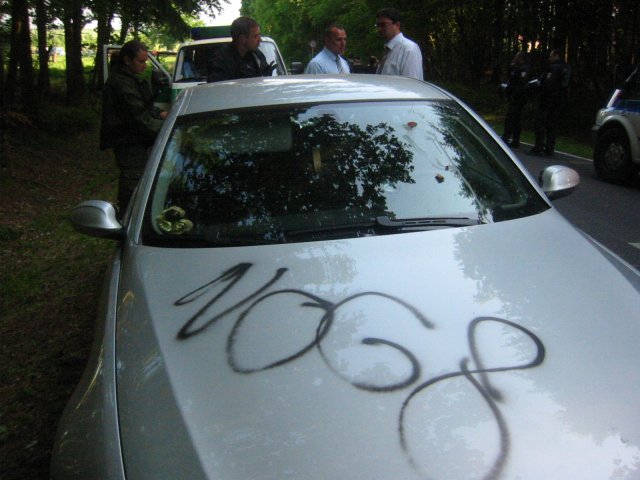 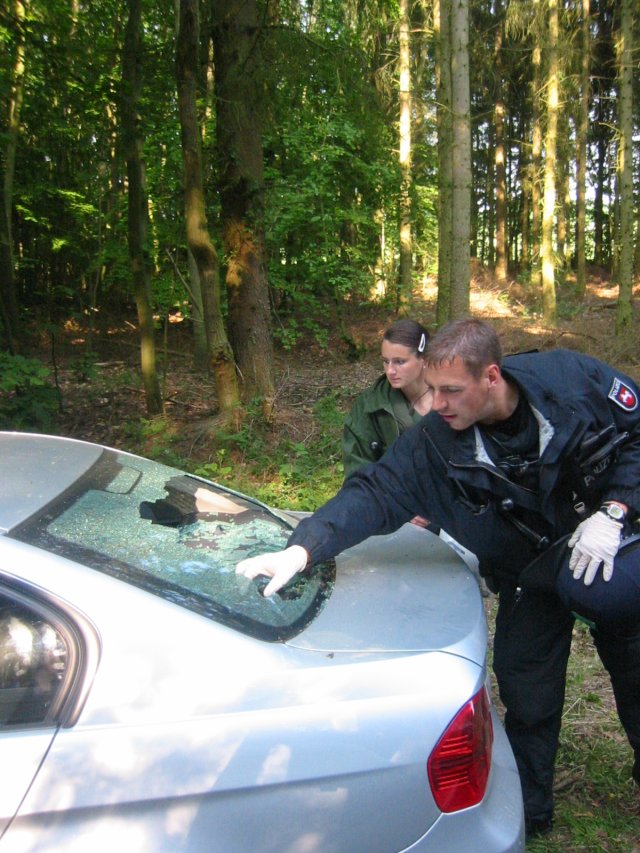 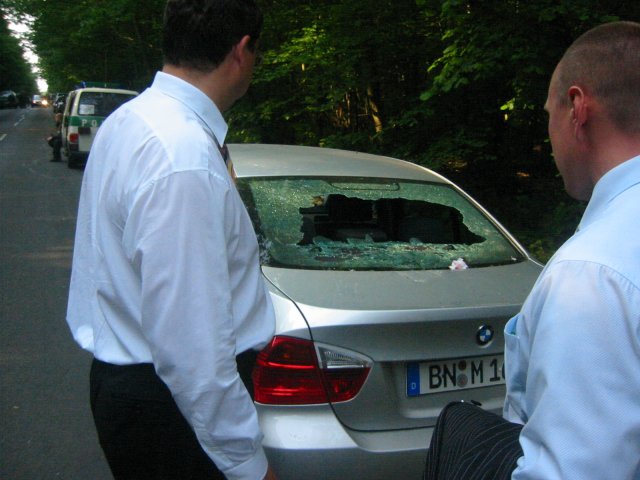 the story is true, here are some fotos

The same car also tried to run down activists

Seconds after the back window was smashed the driver panicked and slammed on the accelerator. the car shot forward and narrowly missed running down a couple of activists in front of it. It's also worth mentioning that the whole incident was caught live by numerous press cameras. One of these was apparantly from CNN though I can't confirm that for definite. It'll be interesting to see if the footage is shown or deliberately withheld (as it might look bad for the police if people see how unprotected the delegates were).

Violence and intimidation are not usually tactics I'd applaud (though I would not deem to judge those who use them). However, any delegates to the G8 I can safely assume are evil self-promoting fucks who deserve it so... full power to the instigators I say ;-)