On Saturday 9th June a lively and angry contingent from the Victory to the Intifada campaign joined the national demonstration called by the ENOUGH coalition to demand an end to the 40 year occupation of the West Bank, Jerusalem and Gaza. Organisers claimed 20,000 people participated in the march, although the actual figure was closer to 5,000.
Defend the Palestinian people!
End Labour backing for Zionist terror!

The national demonstration on 9 June commemorates 40 years of illegal Zionist occupation of the West Bank, Jerusalem and Gaza. Those 40 years have been ones of continuous resistance which have pitted the Palestinian people against the Zionist state and its imperialist supporters – principally US and Britain. Tens of thousands of Palestinians have died as they fought Zionist terror to establish an independent and sovereign state: 25,000 during the invasion of Lebanon in 1982, over 1,000 in the first Intifada, and now over 4,000 in the second Intifada. This excludes those who have been killed in the years in between as the Israeli state attempted in vain to crush the national liberation struggle.

Today Zionist terror continues unabated. In 2006, Zionists forces murdered 550 Palestinians including 141 children, three times as many as the previous year. This followed the election of the Hamas government in January 2006. 23 Israelis died as a consequence of Palestinian actions. The economic and financial blockade that the Zionists and western imperialism have maintained on the Palestinian people for nearly 18 months is causing desperate suffering. According to a recent Oxfam report:
• The number of Palestinians living on poverty has risen 30% since April 2006,
• Over 70% of 161,000 PA workers with an estimated one million dependents live in poverty;
• The number of Palestinians living in absolute poverty (on less than 50 US cents a day) nearly doubled to over one million in 2006
• 46% of Palestinians now do not have enough food to meet their needs

Meanwhile imperialism is arming Fatah-dominated security forces associated with Palestinian President Abbas with the intention that they take on Hamas. Recent fighting in Gaza has cost the lives of more than 50 Palestinians; Israeli air strikes in support of Abbas forces killed a further 48.


Labour backs the Zionists
The imperialist British Labour government has zealously and unconditionally backed Israel throughout the years of the second Intifada. One of Blair’s early steps after winning the 1997 election was to appoint Lord Levy, a prominent Zionist in the Israeli Labour Party, as his special adviser on the Middle East. Labour has supplied arms to the Israeli state which have been used against the Palestinian people. It has repeatedly condemned Palestinian resistance to occupation as ‘terror’. It has never called for action against the continuously expanding Zionist settlements on the West Bank, nor the building of the apartheid wall. Nor has it raised the Zionists’ continued detention of one-third of the democratically-elected Palestinian Legislative Council in any international forum. Along with the US and the EU it maintains the financial and economic blockade that is creating so much suffering for the Palestinian people.


Building a movement here
Fight Racism! Fight Imperialism! has always supported the Palestinian people. We have consistently opposed the racist and imperialist Labour government as it defended and excused Zionist terror. We have also taken action against the most prominent corporate backer of the Zionist state, Marks and Spencer. M&S is the principal company behind the British-Israeli Chamber of Commerce. It has maintained its founders’ support for Zionism and today imports over £240 million of Israeli goods, including some illegally imported from the Occupied Territories. FRFI backs a boycott of M&S as a means of giving focus to the campaign to boycott Israeli goods. Those who suggest this campaign could be seen as anti-semitic ignore the fact that it has been a public limited company for 80 years and use it as an excuse for their own inaction. Today more than ever we need an active movement in support of the Palestinian people, one which opposes Labour and British imperialism and asserts the right of the Palestinian people to take whatever steps they consider necessary to free themselves from the Zionist yoke.

Commemorate the 40th Anniversary of the Zionist Annexation of Jerusalem!
Boycott Marks and Spencer!

Victory to the Intifada 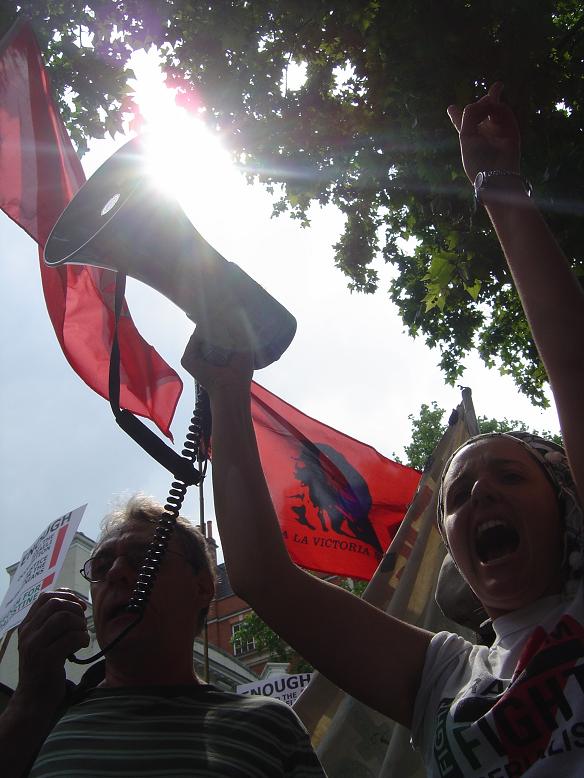 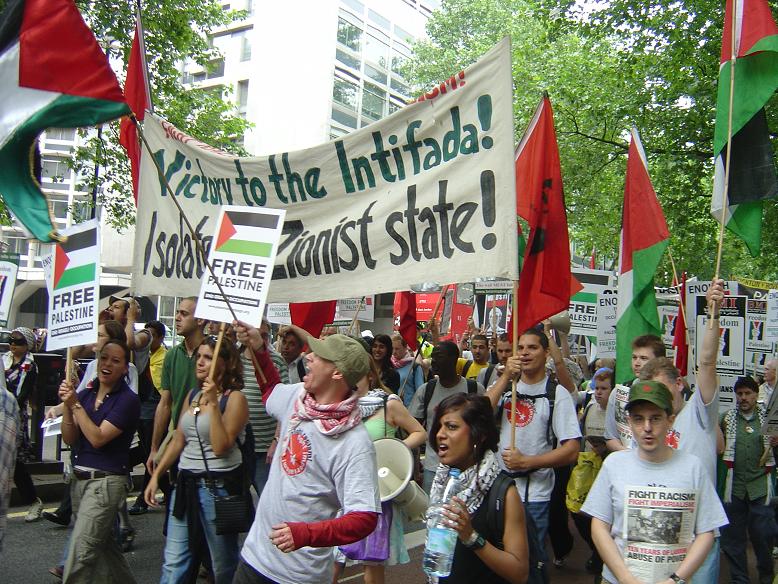 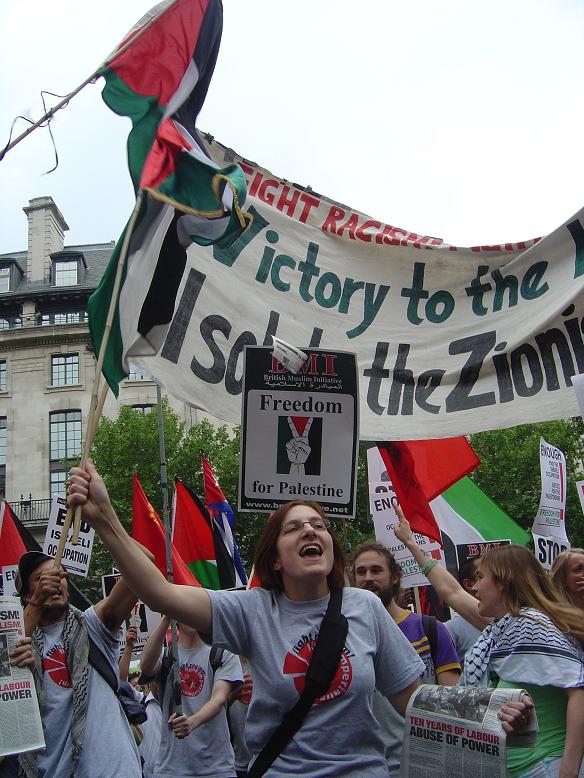 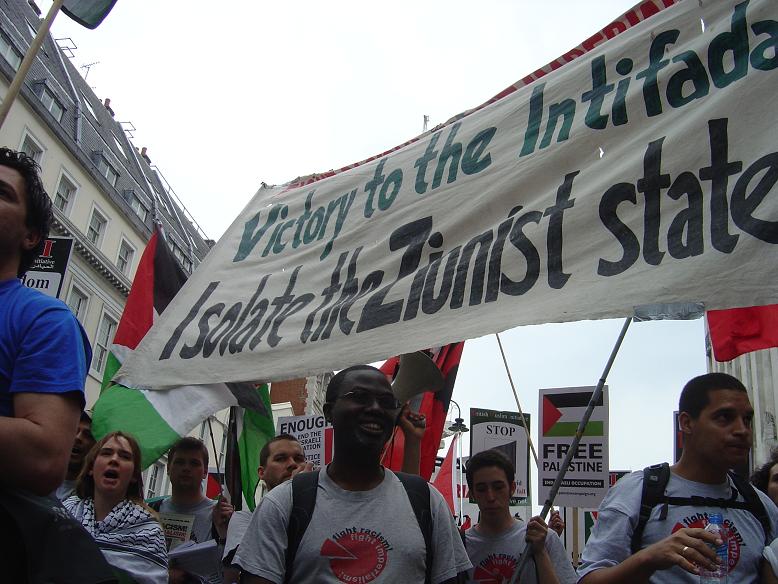 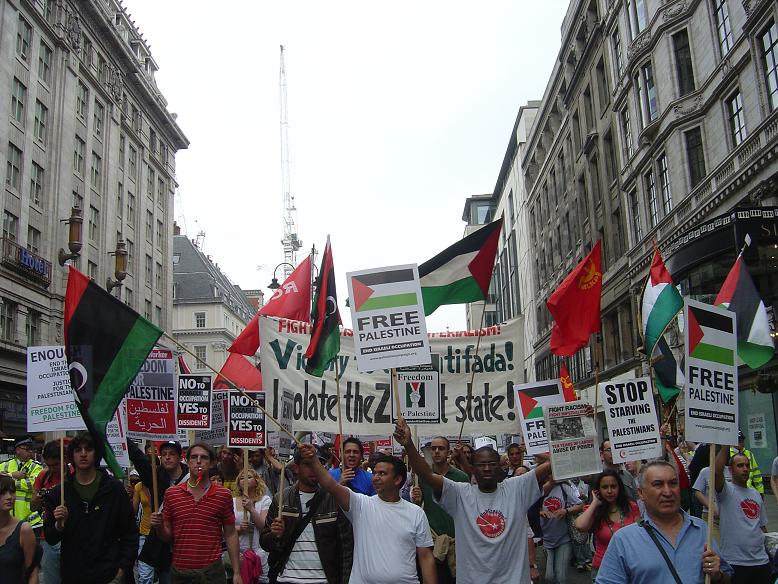 Victory to the Intifada