On Friday the blockades ended and a few thousand people assembled at Rostock train station for a march down to the harbour. Many were returning from spending the night camped out around Heiligendam. It was unbelievably hot and the occasion had a party atmosphere. The activists had good reason to be pleased with themselves. For a whole week the German state had been defied and the G8 had suffered one publicity disaster after another. 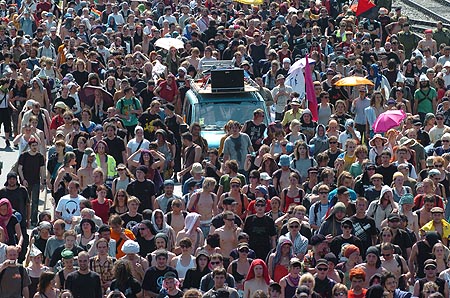 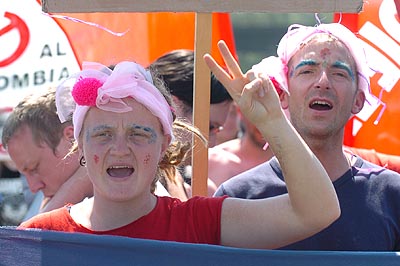 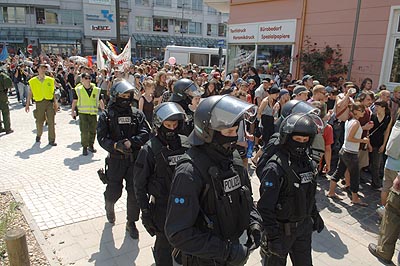 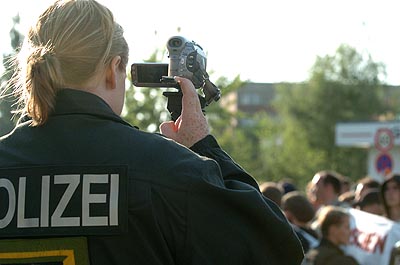 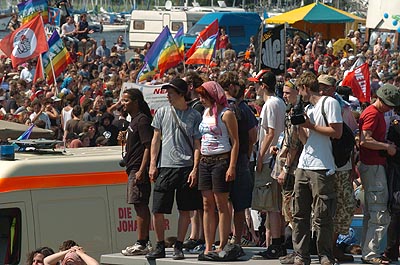 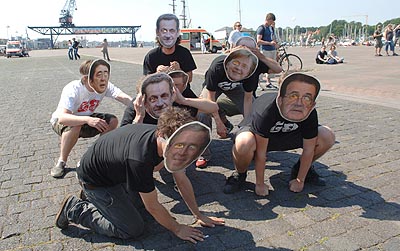 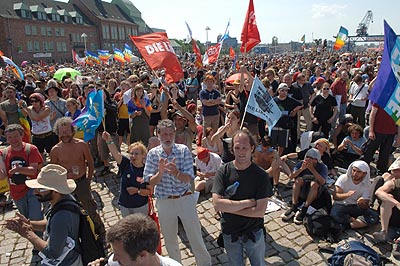 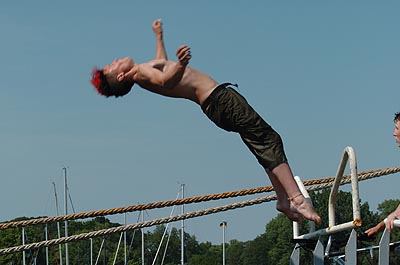 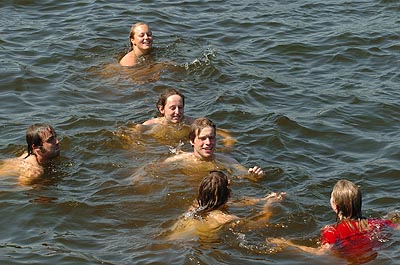 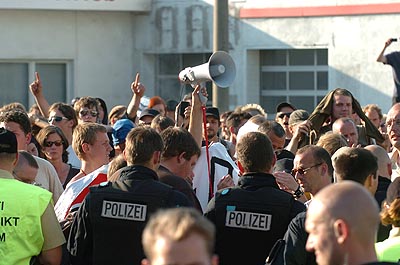 Following the demo a few hundred people headed down to the prison to show solidarity with those still being held. The Police stopped them from getting up close to the prison so a main road was occupied nearby for a few of hours.

Arriving back at base we switch on the telly to be greeted by the sight of multi millionaire tosspot ‘Sir’ Bob Geldoff moaning that the G8 had not kept their promises from 2005 with regard to Africa. That’s the same Sir Bob who announced that the 2005 G8 in Gleneagles was the ‘best ever’. The same Sir Bob who made a special point of
slagging off the demonstrators in Edinburgh saying that they were harming the chances of the poorest people getting a fairer deal. ‘A bunch of losers with white painted faces’ was his exact words. Of course he and his millionaire chums like Bono knew far better than everyone else didn’t they?

Since 2005 tens of millions have needlessly died in poverty thanks to the policies of the G8. It’s function is to maintain the status quo for the benefit of the few at the expense of the many. Wheeling out bleeding heart celebs like Geldoff to boost its credibility is a pitiful sham just like the G8 itself. There really is no satisfaction in saying ‘I told you so’ to the Geldoffs of this world. They are part of the problem not the solution.

Finally a huge thanks to all the German activists and organisers who made the protests so successful. For giving us the space to operate. For making us such nice food and coffee. For demonstrating a level of organisation that proves well and truly that post 9/11, the anti capitalist movement is bigger, louder and stronger than ever.

See you all in Rome.

I'd second your thanks to our German comrades for the organisation. I arrived at the Rostock camp on 1st June, then moved up to Reddlich on 4th. Only regret, in retrospect, is enjoying the laid-back atmosphere at the East gate blockade, while not being aware of how different, and difficult, things were at the West gate. I hope the vehicle owners at Reddlich responded to the PA requests on Thursday night for transport to help shuttle those returning from the West gate back to camp. Overall, what was most inspiring was the huge involvement of young people. 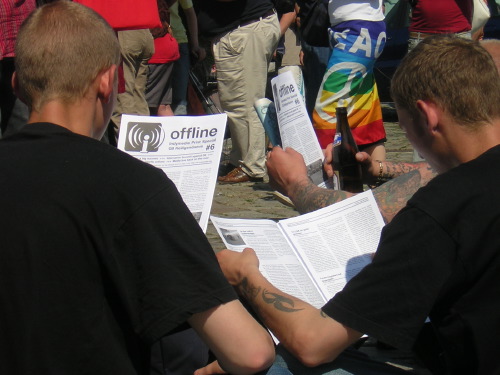 A bi-lingual Indymedia Offline was produced every day in english and german languages, and hundreds of copies were printed and distributed daily on the streets, demonstrations, camps, info points and convergence centre.

Here there is a shot of Offline readers in friday's final demonstration in Rostock.