Three peace and justice activists from Aberystwyth were arrested during the G8 summit near Rostock in Germany, while taking part in a ‘Global Agricultural Day of Action’ on Sunday 3rd June at a local McDonalds. 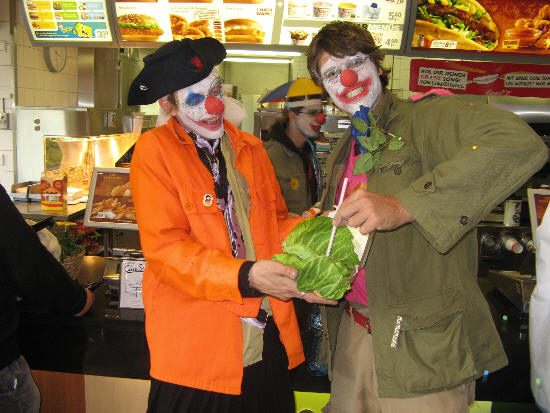 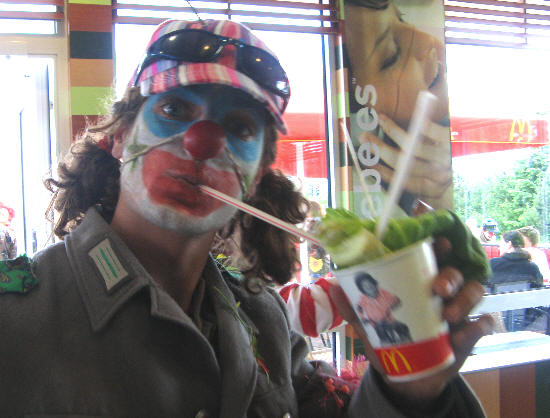 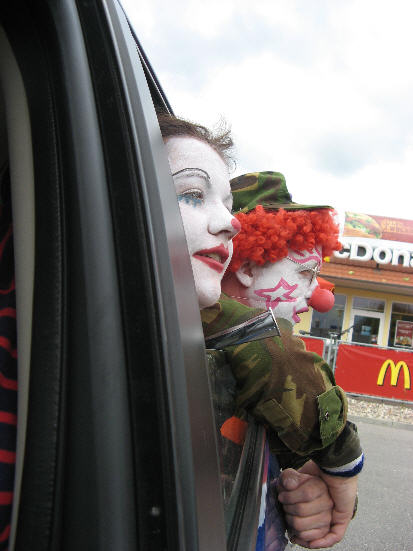 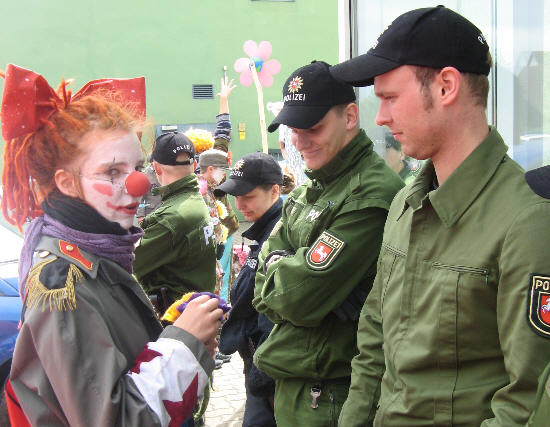 Danielle Marsden, Lotte Reimer and Kelvin Mason were arrested at a McDonald’s in the small town of Bad Doberan while taking part in a ‘Global Agricultural Day of Action’ on Sunday 3rd June. The Day of Action highlighted issues such as supermarket chains dictating the prices paid to growers, monoculture agriculture and factory farming, multinational companies promoting GMOs to create ‘Frankenfoods’ and using intellectual property rights to tighten their controlling grip on world food production. Having in mind support for the farmers of Wales and Ceredigion particularly, the Aberystwyth activists participated in the protest against McDonalds.

Just back from Germany, Lotte Reimer said: ‘This multi-billion dollar fast-food business epitomises the appalling ethics and practices of multi-national companies in the food and agriculture sector. We have to stop swallowing both their lies and their pigswill. We must challenge them. We want good food from local farms, organic food, food that is fairly traded.’

McDonalds is extensively criticised over intellectual property rights, environmental destruction, animal rights and health issues, particularly childhood obesity. At the protest in Bad Doberan activists mimed eating plates of rotten food and rubbish to highlight these criticisms. Unfortunately, McDonalds called the police and around a dozen activists who did not have German passports were surrounded and held in the car-park by scores of riot police for more than six hours.

After five hours police gave in to activists’ pleas and supplied drinking water and allowed access to toilets. Though protesters had not been asked to leave McDonalds, they were charged with trespass and faced jail: presumed guilty until proven innocent. Finally, thanks to the legal team supporting anti-G8 protests, Danielle, Lotte, Kelvin and the others were released. They may, however, be called upon to return to Germany to stand trial.

As Lotte Reimer concluded: ‘We found no trace of happiness in McDonalds’ Happy Meal. Rather it left a very bitter taste in the mouth.’

Aberystwyth Peace & Justice Network is a coalition of town and university groups.