Pic from last weekend, when people gathered for a party in London at the sometimes used reclaim the beech place.

Police was waiting at the location, blocking off the steps, but before they knew what was happening the crowd moved off along the river to another site where the sound system was already set up! 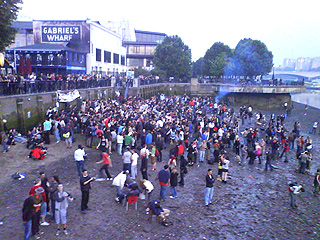 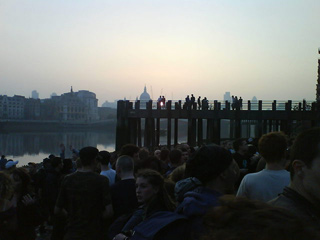 The party ran for several hours before people decided to shut down before more police reinforcements were due to arrive.

thought it was an No Fixed Abode bash not Reclaim The Beach one. ( I assume this is last Saturday ) . BTW a beech is a tree:)