"I told General Lee on March 19 to stop lying to the [Hawaiian] Legislature. And, I told him I would get him and I did on April 21 in south Kona with those high radiation monitor readings from Pohakaloa. And it wasn't just me, the citizens who have supported and followed through are the real strength of all of this. The media has to deal with these global voices now because they are the 'shot heard round the world.'" 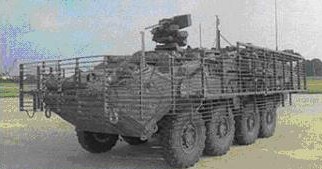 (San Francisco) June 14, 2007 - "This has sure been a "Geiger Counter" shootout at the OK Corral and it will continue to be. Citizens armed with radiation monitors in Hawaii are creating a global citizen air monitoring movement" declared world famous radiation expert Leuren Moret. [1]

"I am going to Canada next week to meet with cattle ranchers and First Nation People who are tired of being poisoned... by uranium... by mining... by oil and gas burnoffs... by the "Big Boys" on Wall Street, Buckingham Palace, and the City of London."

"And I now have an air monitoring group working around the world to air monitor their poisoned environments and a black community at Hunters Point Naval Shipyard in south San Francisco tired of having their children die of cancer and suffer from asthma."

"I told General Lee on March 19 to stop lying to the [Hawaiian] Legislature. And, I told him I would get him and I did on April 21 in south Kona with those high radiation monitor readings from Pohakaloa. And it wasn't just me, the citizens who have supported and followed through are the real strength of all of this. The media has to deal with these global voices now because they are the 'shot heard round the world.'"

Moret continued, "The media can blab and cover up and call me names and denigrate the citizens and Takata [State of Hawaii Radiological Health officer] can say I was "measuring radiation in bananas" [Standard Health Physics Society response. They are supposed to be protecting citizens, instead they are poisoning them.] But, guess what? It's the citizens' air monitoring data that is taking all of the lies and liars down in the end."

"The strategic mistake the military made was shifting the testing in the DU bills from the soldiers to the environment. And now they have to live with the consequences. They will die impaled on their own pitard, because the Army is in violation of their own environmental regulations [AR 700-48 and TB 9-1300-13278 and TC5-400] and now I am bringing in the lawyers."

Doug Fox of Honaunau, Hawaii, reported in an email to well known Hawaiian military affiliated reporter, William Cole, " It really is too bad you would not report on the citizen air monitoring outside Pohakuloa on 5/29 that found elevated radiation." [Pohakuloa is the Army Base where the live fire with Uranium rounds occurred. The Army was caught with their pants down, lying.]

"You were told the data was emailable as a printout. I specifically told you about it prior to submission and you showed no interest. Maybe in the future you can report all the readings being done, especially since the only continuous air monitoring is by citizens."

Doug Fox continued "The protocol by the State with a one day monitoring [on "safe" days] is not going to find sporadic releases such as we have witnessed from Pohakuloa [live Uranium firing range.] In the future, please let the people know that elevated radiation is coming from Pohakuloa, as recorded by continuous air monitoring. "

Moret concluded, "Watch out. The shootout is not over. It's time for science at the Bar. Get ready to watch them run."

Moret was in Hawaii on a simple stopover returning to San Francisco from a successful "Radiation Wrecking Ball Asian Tour." Moret spoke to thousands of professionals and everyday people in Japan, Okinawa, Kuala Lampur and India.

leurenmoret@yahoo.com for interview and speaking engagement information. Moret has spoken in 46 countries about the Genocidal dangers of the United States continued promiscuous use of radioactive uranium weapons, especially in Central Asia, including Iraq.

Bob Nichols is a SFBV Correspondent, award winning writer and author. Nichols first Book "There are No Words" is being completed now. Nichols is a former Ammunition Depot employee and Bomb Maker. He encourages your questions and comments. You can reach Nichols at