Could Gaza go it alone?

A one-state, a two-state solution? Now the talk is of a three state solution. Israel would never accept an independent Palestinian State. 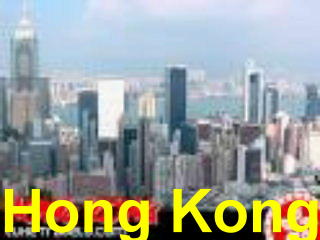 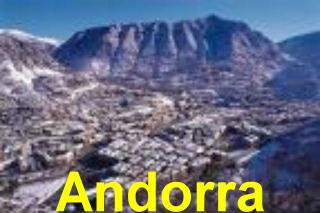 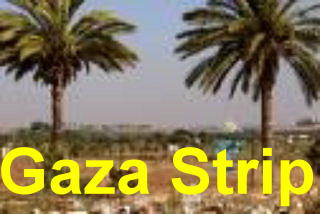 The awful suffering of the Palestinian people goes on. The cynical divide and rule tactics of the EU and USA seems to have worked - at least in the short term. As Robert Fisk writes in Saturday’s Independent “How troublesome the Muslims of the Middle East are. First, we demand that the Palestinians embrace democracy and then they elect the wrong party.” – after which desperately needed aid was withheld until Hamas was effectively removed from power. Removed from power in the West Bank perhaps but not in Gaza.

Chancellor of the Exchequer and Prime Minister in waiting Gordon Brown has promised to set out an "economic road map" to build peace in the Middle East. Sound familiar? The current road map (to nowhere) is dead in the water. Brown highlighted the fact that, while average income in Israel was $20,000 (£10,144) a head, in Gaza it was $800 (£405). In other words Israeli incomes are on average 25 times those in Gaza. Yet Gaza is potentially a rich place. It has the potential to have as good a lifestyle as anywhere. It is often said that Gaza is hopelessly overcrowded but in fact it only ranks about sixth in the World in terms of population density. Pockets of affluence like Monaco, Andorra, Hong Kong and Singapore are all more heavily populated. In fact in a list of the world’s countries by GDP Monaco, Singapore and Hong Kong all come ahead of Israel.

Suppose the Gaza Strip acquired the same kind of status as Andorra, Monaco or San Marino? Gaza has great potential as a tourist spot with its International airport, beaches, hotels and friendly inhabitants. A well irrigated strip could have considerable agricultural potential – enough to rival the juicy jaffa oranges and of course there is the recently discovered natural gas. Suppose Gaza became famous for its annual film festival – rivalling Cannes? Suppose it became reknowned for its Casino like Monte Carlo?

This is not to suggest that an independent Gaza is an ideal solution for Palestine but if the Gaza Strip was allowed to have open borders with Egypt, with the sea and with the air then it would have a large measure of sovereignty. The Western powers and Israel would throw up their hands in horror at the prospect of a self-governing, self-reliant, Gaza. It would be the classical case of a good example which the imperial powers would have to strangle in the cradle.

yeah right! Is this article what one would call "journalism" or just drivel? I'm all for Gaza going it alone, and I hope it prospers as much as say Andorra or Hong Kong do. You've only got one problem though which you obviously didn't consider - the Gaza Strip can hardly become a prosperous small state with a good economy welcoming in hordes of tourists to enjoy those juicy oranges in the theocratic, undemocratic, repressive state of Hamastan, but then again, you'd turn a blind eye to that I suppose, wouldn't you?! Can you remind me again whose rights you stand up for then?!?! But then again, if it were to prosper, I suppose Hamas could use the money it collects in the name of the Palestinians to build the state up, and not for sending more Qassam rockets into Israel.

Brilliant reporting - I think not!

That should be the real question here. I can't believe the naivity of the author, but then again, it's indymedia so what should I expect!? Even still, how can you write such crap!? It is absolutely absurd to suggest that given Gaza's population density, it could become the next Hong Kong or Andorra. Mr O'Hanlon, it takes a lot more than population density to determine a country's future, but I suppose you don't get taught that at the prestigious school of indymedia journalism.

I'm packing my bags and heading off to Vanuatu, the new 'Singapore' of Oceania!!!