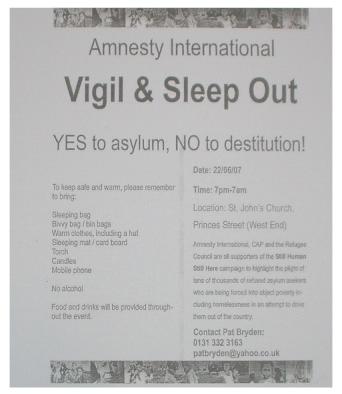 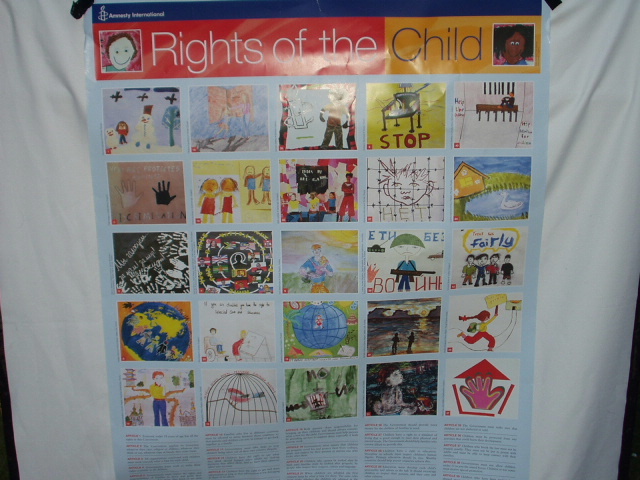 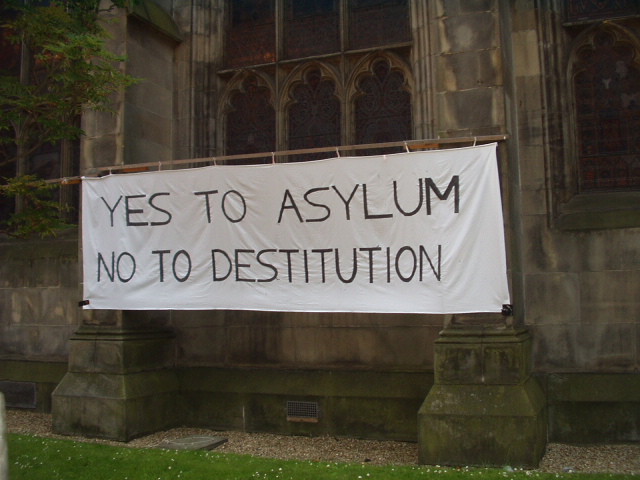 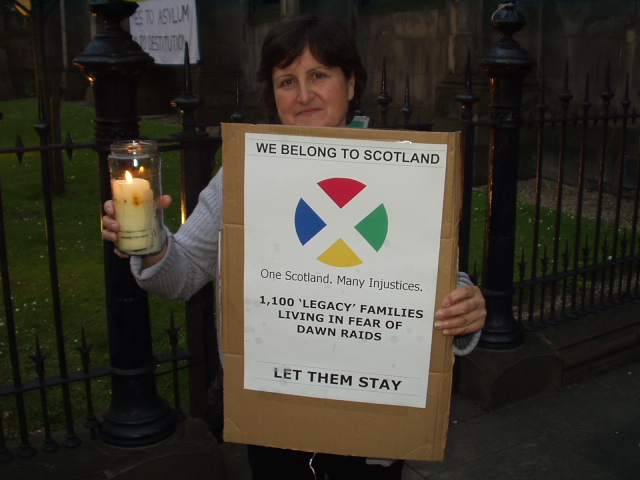 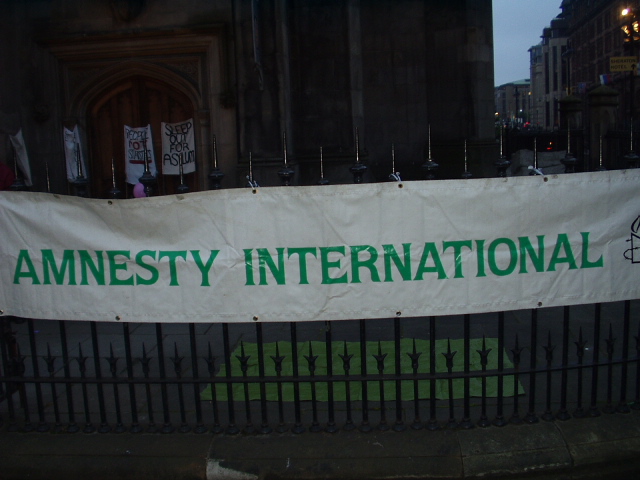 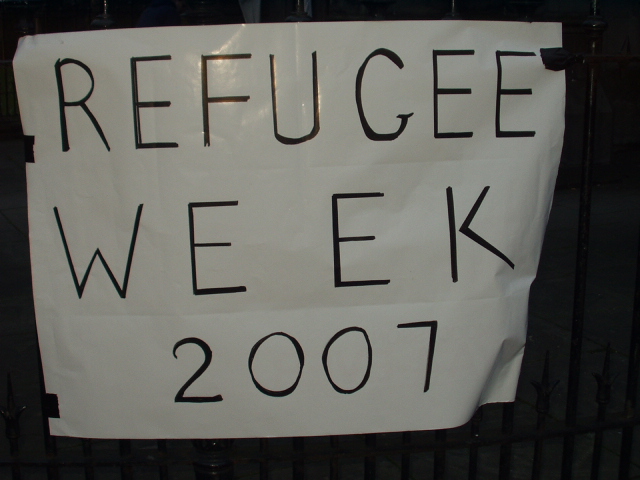 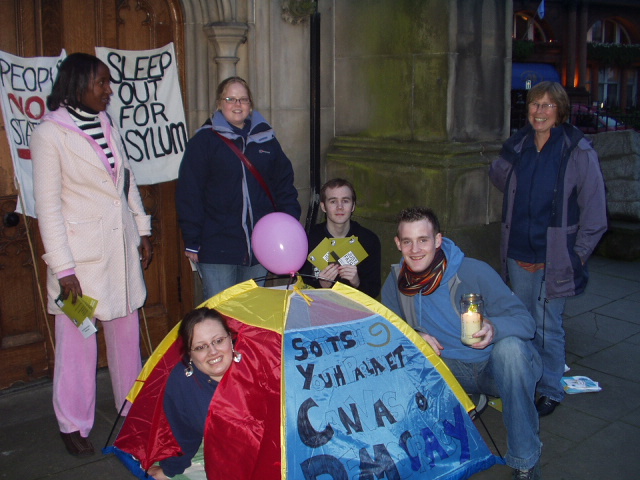 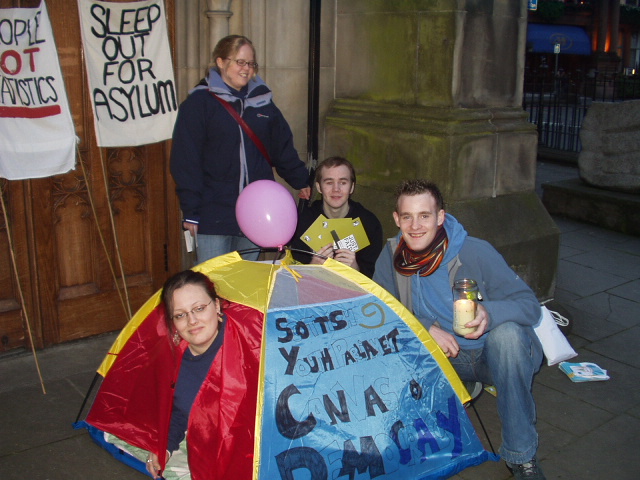 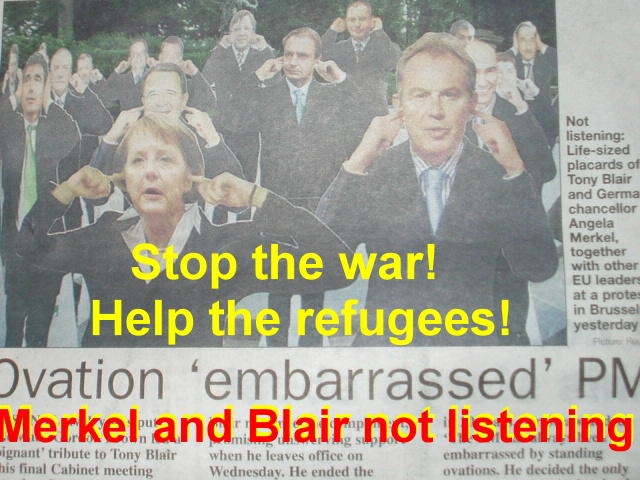 On Friday 22nd June, as part of Refugee Week, a number of sleep outs for refugees took place - including one in Edinburgh. A number of people took part in an Amnesty International sleep out outside St John’s Church in the West End of Edinburgh’s Princes Street. The 7pm till 7am sleep out was one of around a dozen across Britain. 9 photos of the evening are attached with this report.


Here is an Indymedia Scotland report of a dawn raid in Glasgow this month:


Here is a report of the sleep out in Birmingham: