Today’s the day! Anthony Charles Lynton Blair ceases to be our lord and master. What will he do now? 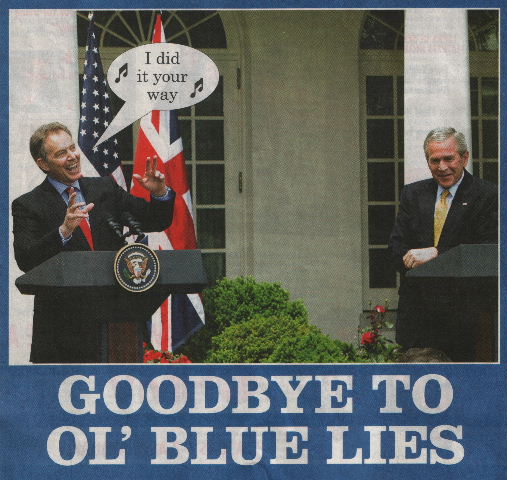 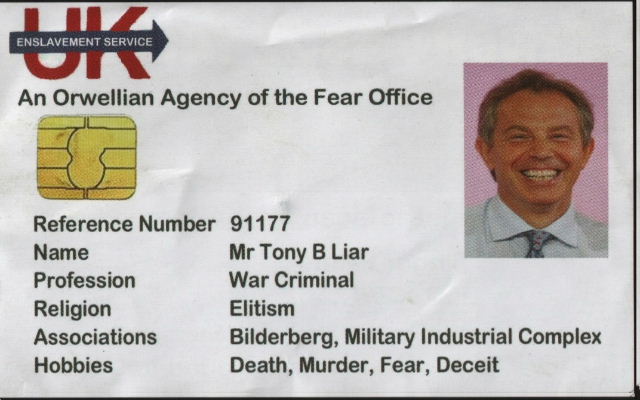 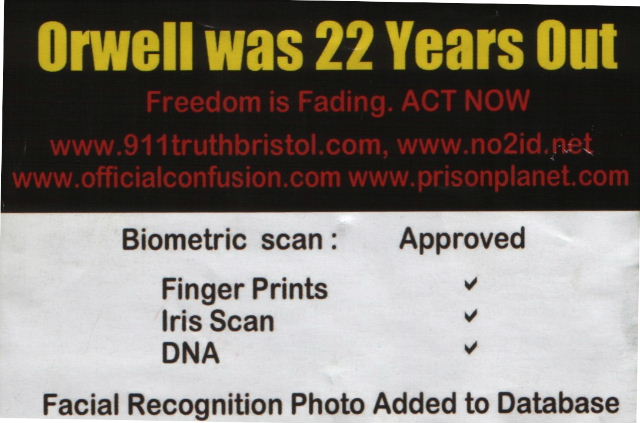 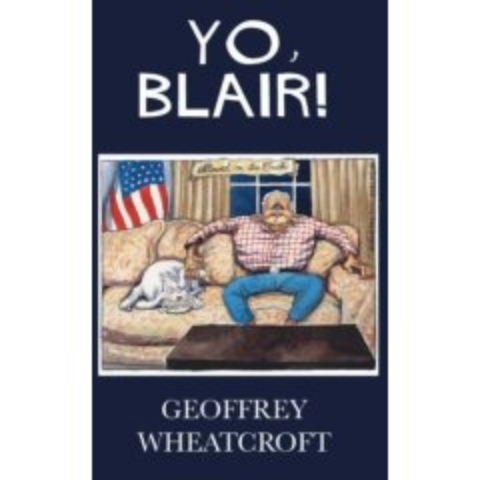 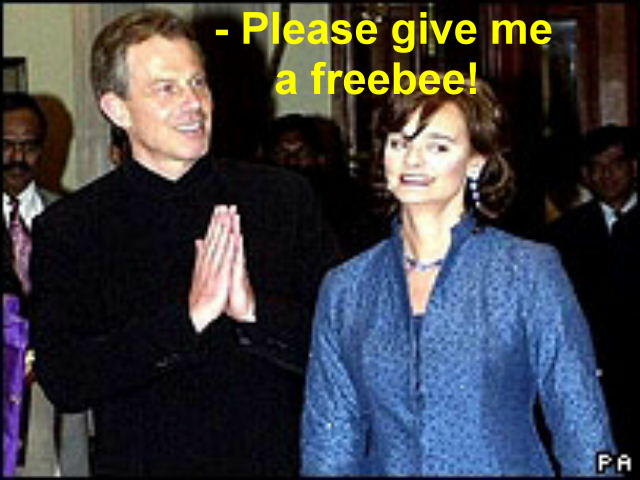 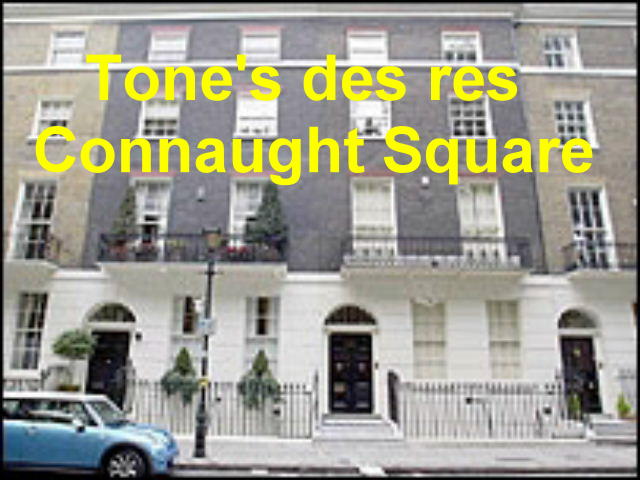 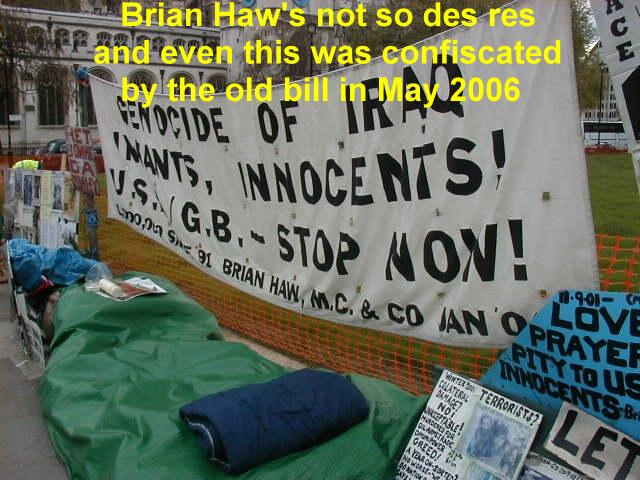 
Today’s the day! Anthony Charles Lynton Blair ceases to be our lord and master. What will he do now – become an envoy for peace? This can hardly be expected of a man who was once portrayed by Rory Bremner as being in `Warmongers Anonymous`. He took Britain to war more often than any Prime Minister in living memory. There was Iraq in 1998; Kosovo (and Serbia) in 1999, Sierra Leone in 2000, Afghanistan in 2001 and then the current disaster in Iraq in 2003 - both of the last two wars are ongoing. Is this the sort of a man who is likely to bring peace to the Middle East?


How about the lucrative lecture circuit? That sounds more like our Tone; the BBC lunchtime news of Tuesday 26th June reported that he could expect $150,000 a time for each talk in the USA – with around 25 speeches annually that’s nearly $4 million a year. The thousands of victims of his warmongering will probably be lucky to get that between them in compensation payments for ruined lives.

There is a book `Yo, Blair! ` By Geoffrey Wheatcroft, here reviewed by William Podmore:

In this brief and brilliant essay, journalist Geoffrey Wheatcroft tells the story of Blair's premiership, focusing on his disastrous alliance with George W. Bush.


Wheatcroft shows how Blair pursued this alliance against Britain's interests and against the views of the British people. Blair lied to us that Saddam Hussein was a `serious and current threat' to Britain. Blair lied to us that he was pursuing diplomacy, but as early as July 2002 a Downing Street memorandum decreed, "We should work on the assumption that the UK would take part in any military action."


Even Thatcher had warned that we should only "use our force to preserve our way of life. We do not use it to walk into other people's countries, independent sovereign territories." If wherever there is an evil regime, "there the United States shall enter, then we are going to have really terrible wars in the world."


Wheatcroft rightly argues that Bush and Blair should have focused on destroying Al Qa'ida. Instead they attacked the Afghan people and their government, maximising the number of enemies.


Blair pledged that the EU's scheme for devolution would strengthen the Union between England and Scotland. Secessionists saw that it would help them to break up Britain.

All these facts raise the question, why has this government (like all other previous governments) consistently, systematically, produced results that are the opposite of what they proclaim to be their intentions? Is it just because they are pathological liars? No, it's because they represent only a minority ruling class that is consistently, systematically, opposed to the interests of the majority of Britain's people, and this class could not safely maintain its rule if it proclaimed that its interests were opposed to the majority's interests.


In September 2006 Blair promised the Labour faithful - all too apt a phrase - that he would dedicate his last months in office to peace between Israel and Palestine. Blair says, "I only know what I believe." Think about it - it's the wrong way round! But neither God nor history is his judge; in a democracy, we would be.


Grovel to Bush, grovel to the EU, grovel to the über-rich. Is this how we want an independent sovereign country to behave? Wheatcroft sums up Blair's rule, `the most dishonest and disastrous prime ministership of modern times'.

`The most dishonest and disastrous prime ministership of modern times’? Yes, I would say so. Could Gordon be any worse? Today `Gangster` Gordon takes over from `Torturing Tony` and I’m afraid, as George Galloway would put it, they are two cheeks of the same arsehole.

Tony and Cherie can look forward to a move into a £3.6 million house in fashionable Connaught Square while Brian Haw, an erstwhile neighbour of Tone, will continue to sleep in a more modest abode in Parliament Square - under the stars.

Perhaps he could become an estate agent -

In addition Tone can expect an advance of around a million pounds for his memoirs and a very lucrative series of fees on the lecture circuit.


Only have a week in Southend or Blackpool to look forward to? Have A Tony Blair holiday – they’re free – if you know how to wangle them!


Should Indymedia organise a whip round for the Blairs?