Since Saturday the protest camp in Parliament Square has been a scene of almost boring calm. Even the police were behaving in an unusually affable manner but all that changed today, almost as if in a final finger-up gesture from the departing Tony Blair.

The cops decided to wreck the calm by opting to search the tents. This act of obvious harassment was vigourously resisted by Brian and Barbara, who showed considerable fortitude in the face of the massed intimidatory forces of the law.

There were the usual Forward Intelligence Teams poking their unusually long lenses around and taking copious notes and the mandatory police helicopter hovered noisily above.

Shortly after Blair arrived, Steve Jago was arrested on the pretext of refusing to give his name and address, despite the fact he is very well known to one and all and has been for years. Any excuse eh?

The theft by the police, referred to in the video, is explained here:

The video runs for only 5mins 44secs because lots of highly entertaining rhetoric has been omitted for obvious reasons.

Some still pics from Wednesday 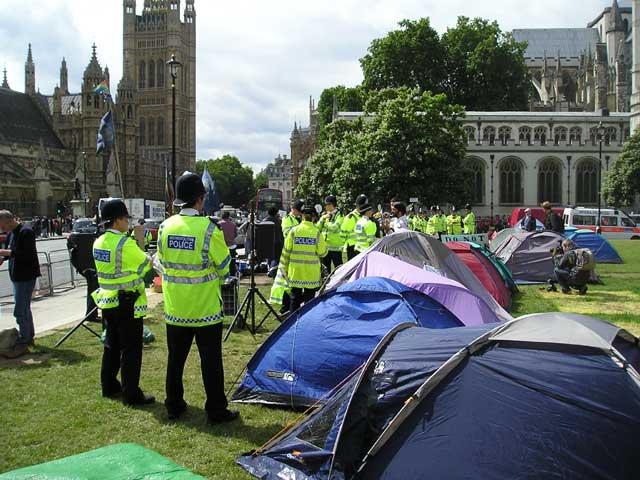 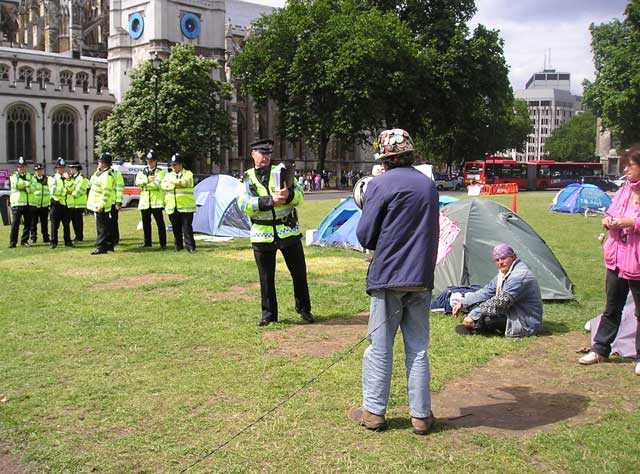 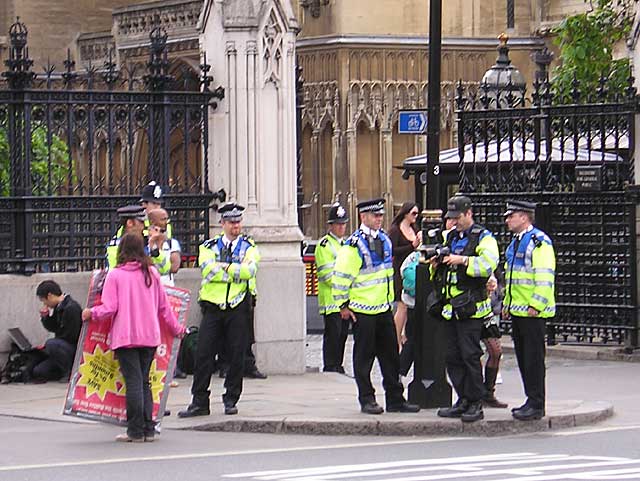 A FIT team in action, just before they blocked the photographer from view. 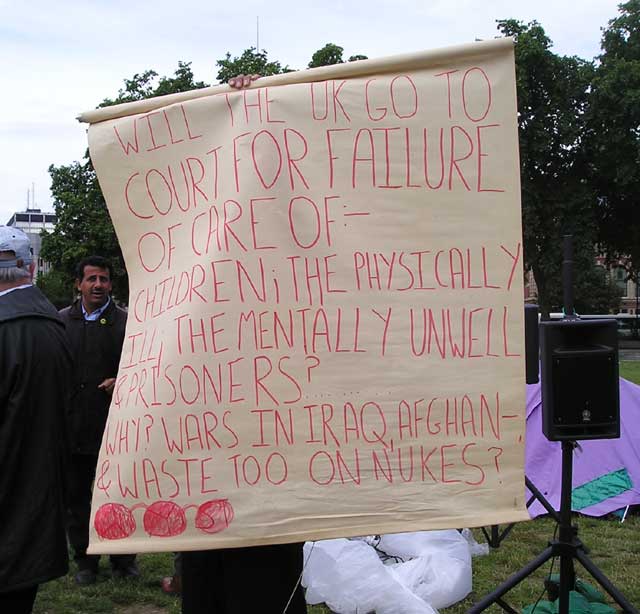 Just one of many banners.

For those who can't view the video.