a small group of activists including a loud samba presence braved the rain outside blair's new connaught square home this evening and made neighbours aware that their new resident may not be the sort of person you'd like living next to you. 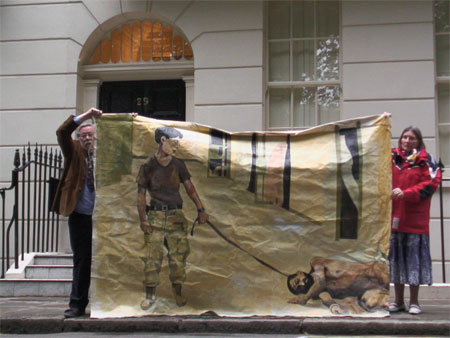 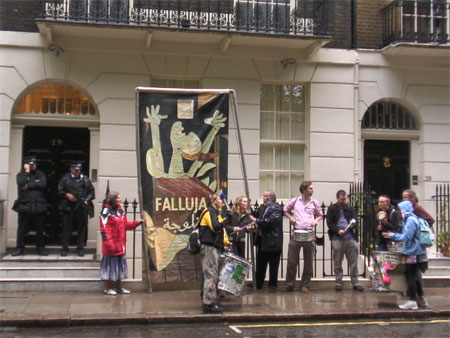 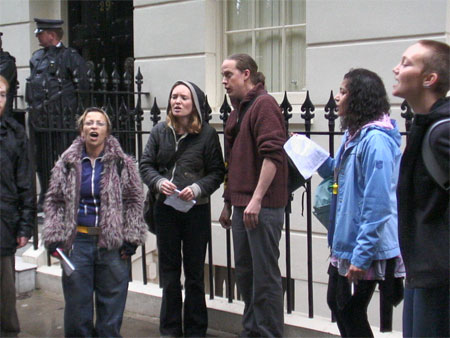 author and artist nicholas wood had made the most fantastic huge banners which were oil paintings on canvas. he stodd outside blair's new residence at 29 connaught square near edgware road, and was joined by rhythms of resistance samba band.

despite the rain, the band played for more than an hour, alerting the neighbours to their new anti-social war criminal resident. some enjoyed the music, and some complained about the noise. maybe if they keep having trouble from protestors outside the house, they'll slap an asbo on tony!

already, some have complained to the press about the high levels of security in the area, and he hasn't even moved in yet.

after an hour or so, everyone was feeling a bit damp, but before leaving, the south london activist choir led a few choruses of their song 'not in my name'.

the group are hoping to return next time when tony is in.