For nearly two years, 'indymedia rikki' has been closely following the events and battles around the Serious Organised Crime and Police Act Section 132, which criminalised "unauthorised" demonstrations around Parliament. 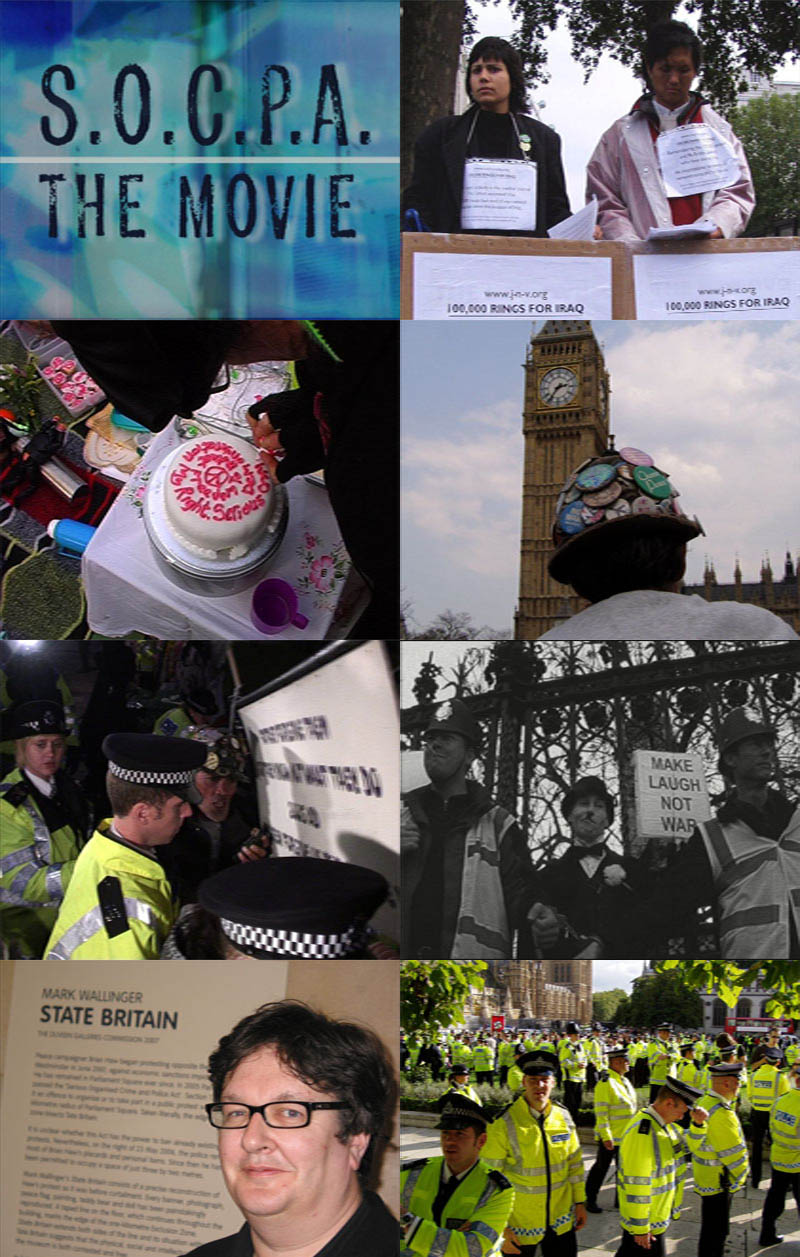 "An important new film about the legislation which was passed in order to get rid of Brian Haw, the lone protestor who has camped outside Parliament for more than 6 years. His ever-increasing display of powerful and artistic banners challenged the politicians who voted for the invasion of Iraq. Last year police swooped and unlawfully removed most of his display, but he has continued his successful battle to remain outside Westminster.

This hour-long documentary shows the enormous creativity and tenacity of Brian and other campaigners appalled at the idea that we have to ask for permission to protest near Parliament.

Featuring an original music soundtrack and contributions from all the main players who have challenged this law, this film is at times frightening, funny, shocking and deeply moving."

screening is at 7pm