Up to 130,000 postal workers today took part in a 24-hour strike -the first in 11 years- to stop the Royal Mail's cost-cutting plans, which the Communication Workers Union (CWU) says would only mean cuts in members' pay and pensions, job cuts and more post office closures. Picket lines were mounted outside sorting offices and mail centres across the country from early morning, disrupting mail deliveries for the day.

In Birmingham, two picket lines at the front and back gates of the main mail centre in Newtown saw, on and off, tens of postal workers and their supporters, while 'Royal Mail police' were trying to break up the picket lines, intimidating and threatening picketers. There was also another picket line somewhere in the city centre. 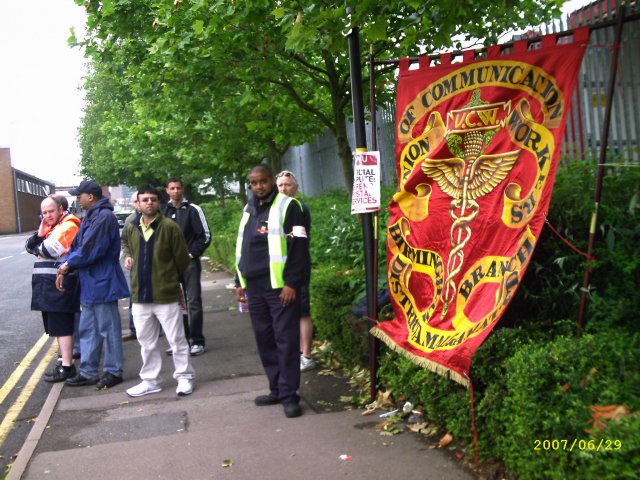 the back gate picket line 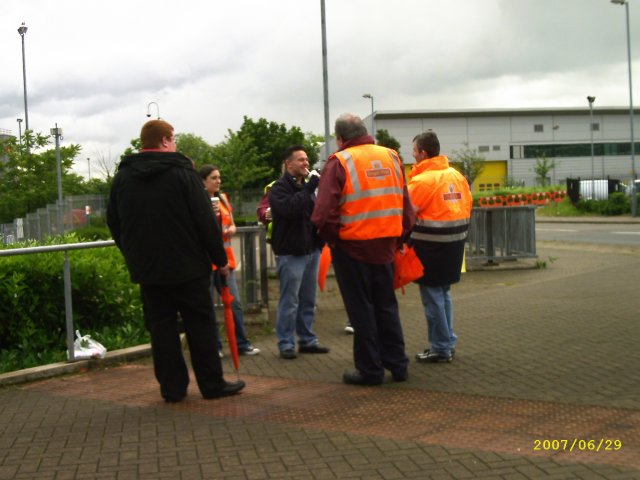 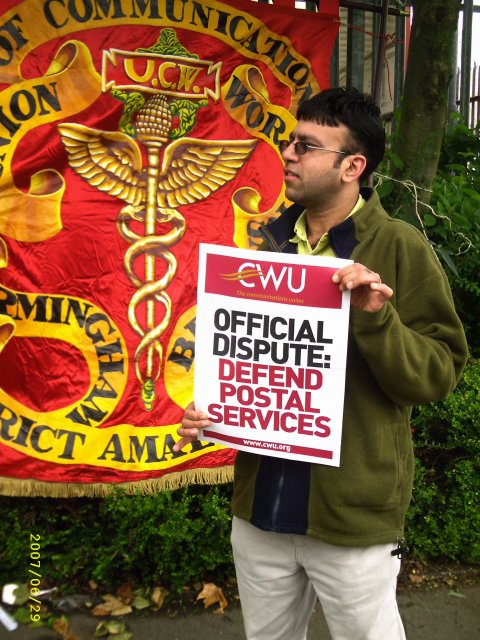 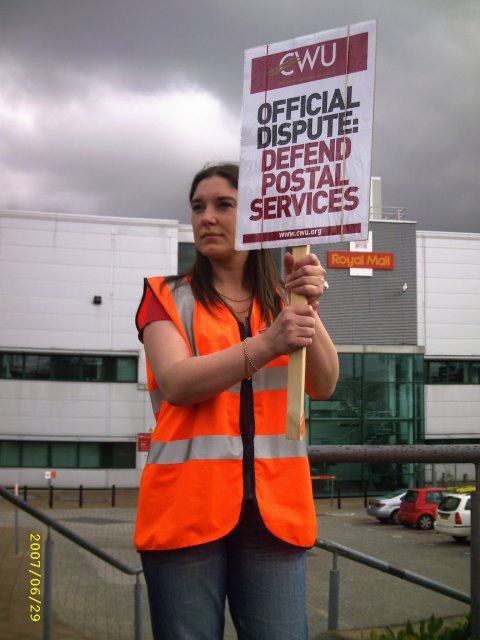 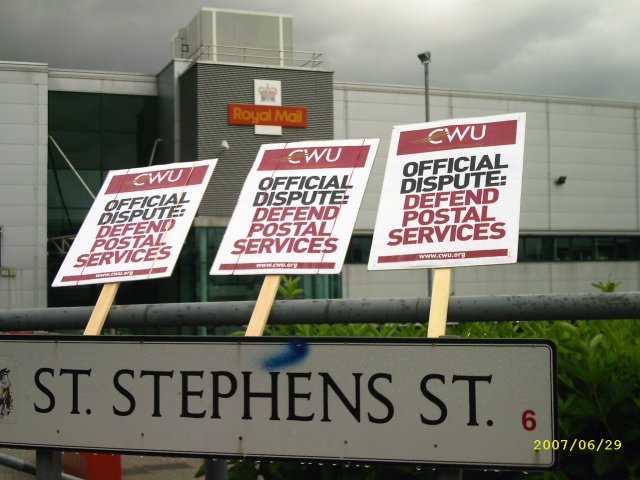 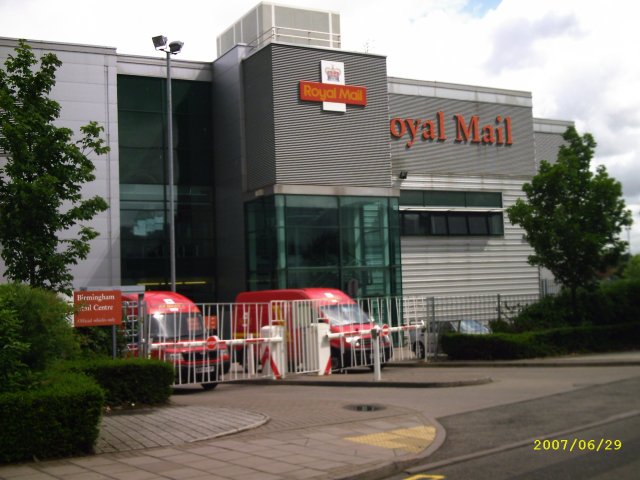 On the picket lines, postal workers spoke of low salaries and hardships, insecurities and increasingly precarious working conditions. Many workers are being hired or contracted on a short-term or temporary basis, mostly part-time, sometimes for days or even hours. This is why, one picketer explained, a lot of them are afraid of joining the picket lines. "They simply want to improve their work conditions and that requires the blessing of their bosses," she added.

Two Indymedia 'reporters' with a video camera went in to see the Mail Centre's management to get the other side of the story, so to speak, but "no one was available for interviews," they were told after some waiting. They were, however, given the official statement of Royal Mail, which stated that the company is "extremely disappointed that the Union has failed to grasp the need for the business to modernise and embarked on strike action that is damaging for our customers, our people and the company." The statement also claimed, among other things, that there have been 25% pay increase since 2002 and bonus payments totalling £1,500. "Nonetheless," it added, "we do want to further increase pay and rewards for our people. The offer on the table is a fair and realistic one – a 2.5% increase in basic pensionable pay, a £800 dividend if performance targets are hit and 50-50 share of any savings above budget at local office level." However, "against the backdrop of an increasing tough and shrinking market," it concluded, "we can't afford to pay more."

It is well known that the top bosses of Royal Mail are paid some of the highest salaries in the country. Earlier this month, Royal Mail 'awarded' its chief executive, Adam Crozier, a bonus of up to £370,000 as well as further benefits, taking his total package to more than £1 million and making him the highest-paid civil servant. Allan Leighton, the company’s chairman, is also said to have received a bonus of more than £100,000.

As to the "post chaos", as the infamous Birmingham Mail called it, Royal Mail said "we have developed contingency plans in order to reduce the effect of the strike but disruption is inevitable." Indeed, some Royal Mail managers were seen delivering Special Deliveries in town. "For once," as one of the picketers put it, "let them do some real work."