On Saturday 30 June at 12 noon, The Nottingham Congolese Community assembed to demonstrated against continued deportations. Starting from The Old Market Square, they marched through Nottingham, past the railway station and continued through the Meadows Queens Walk to the Meadows Park near the embankment. 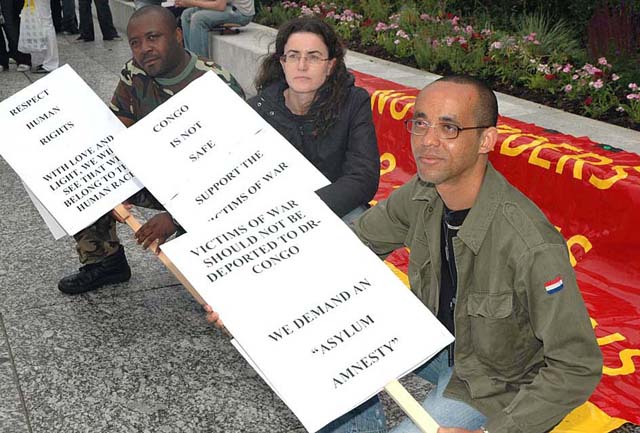 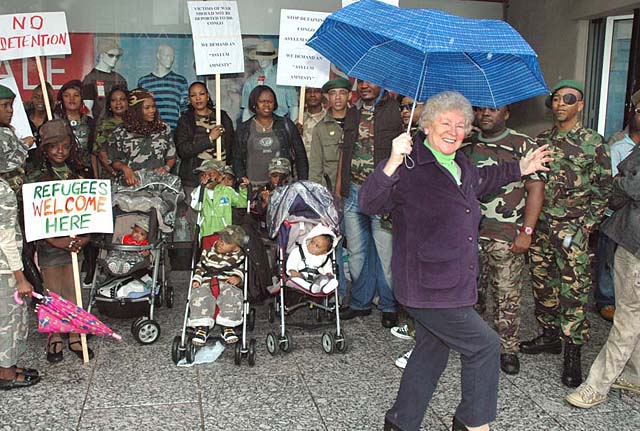 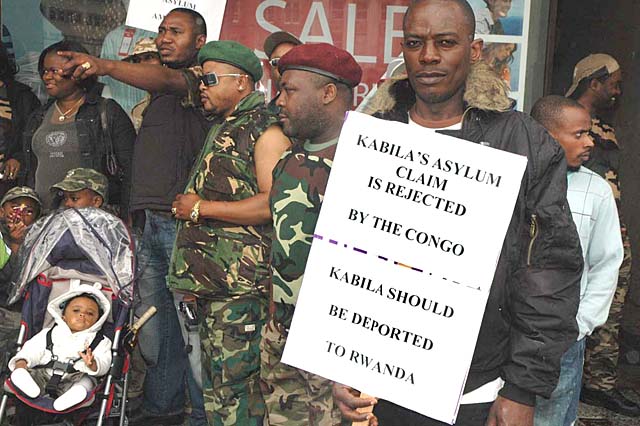 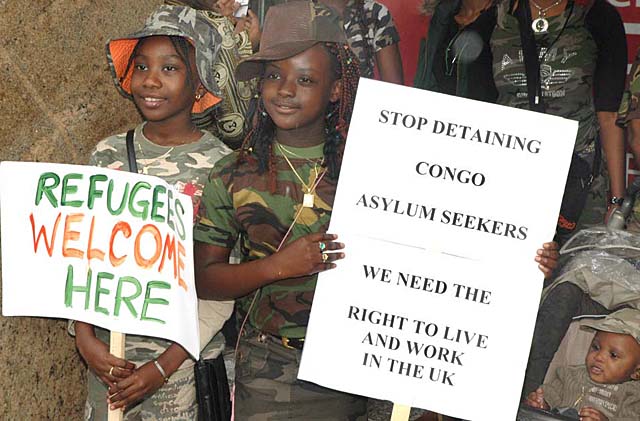 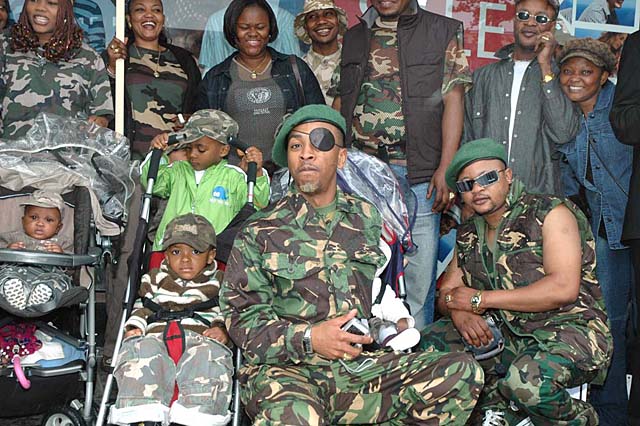 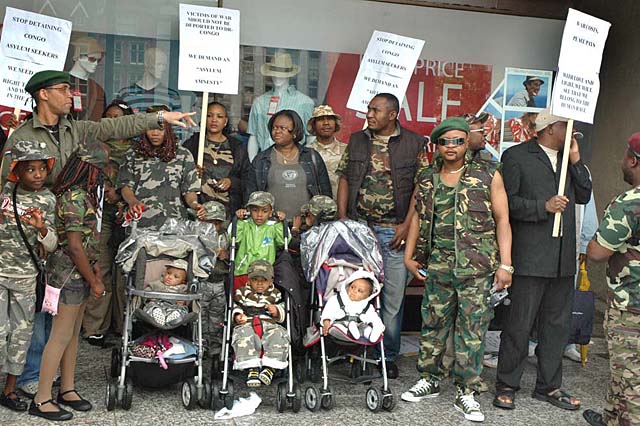 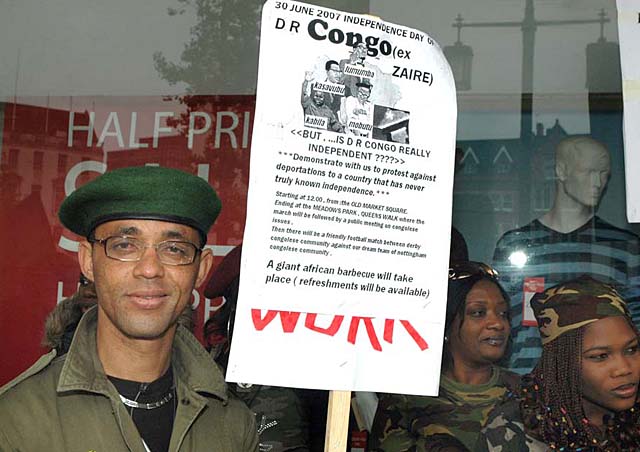 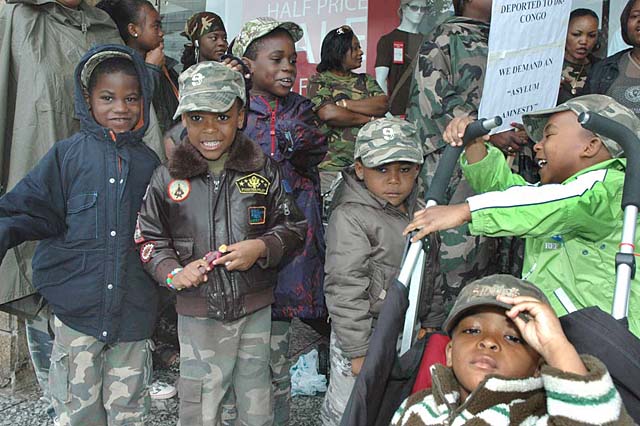 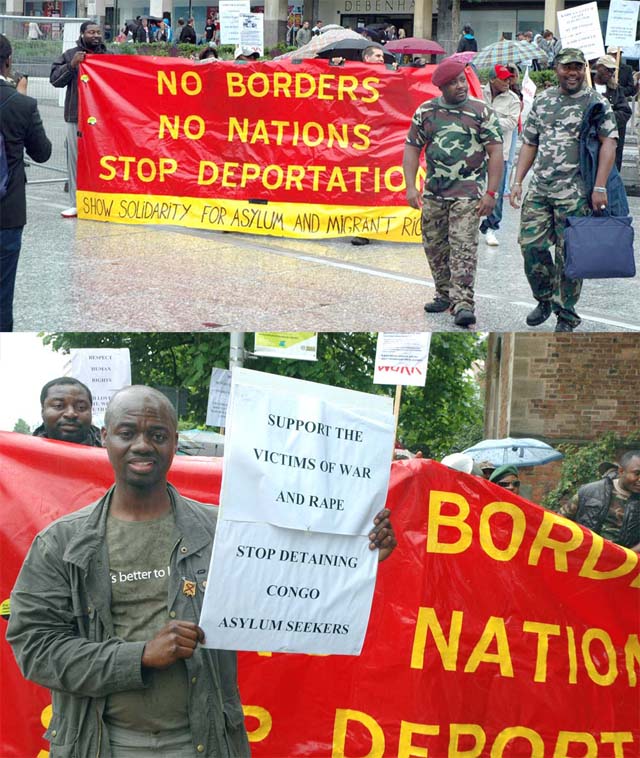 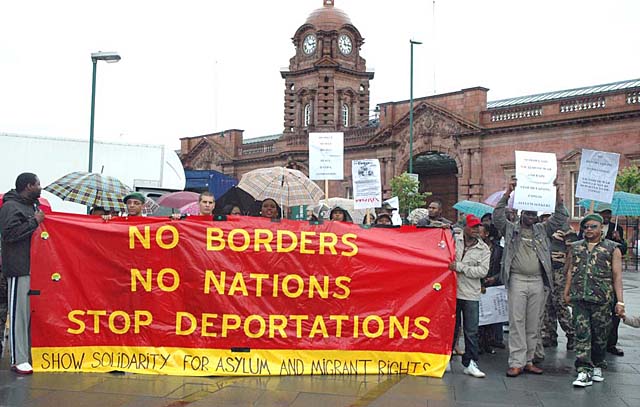 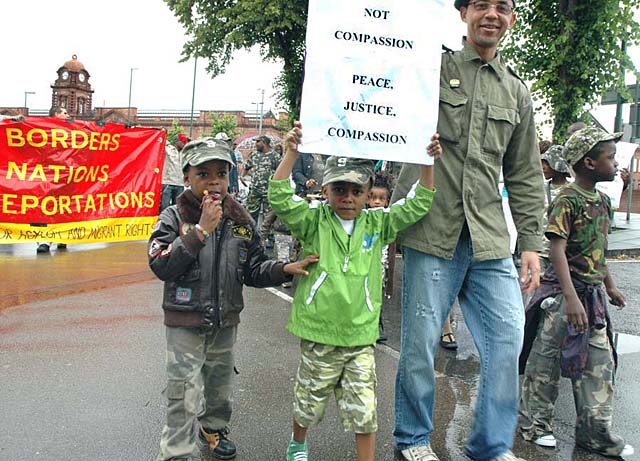 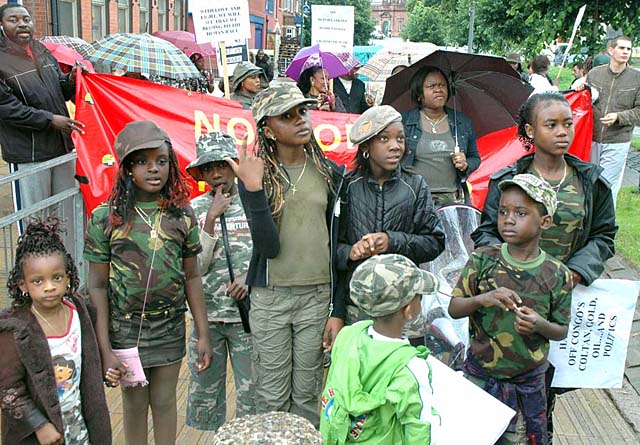 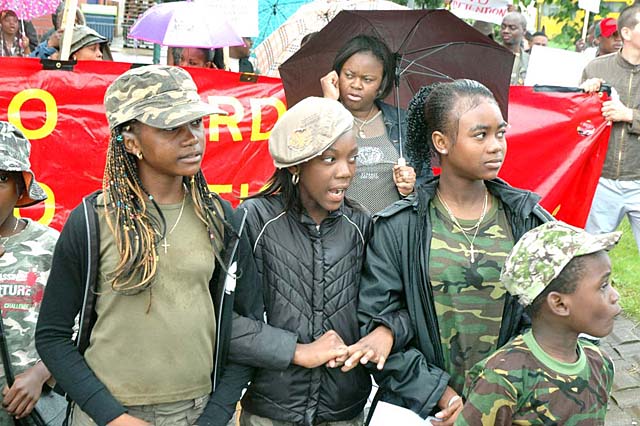 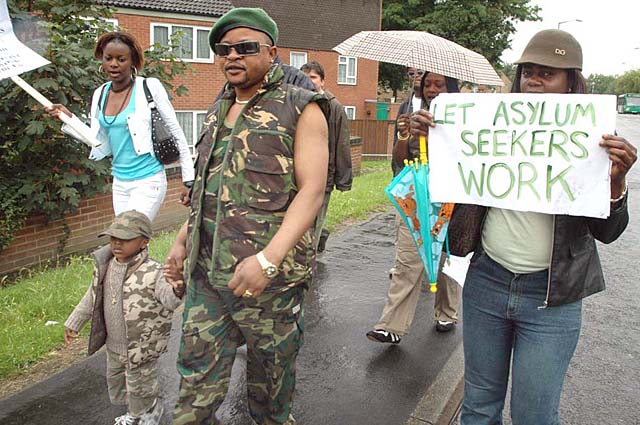 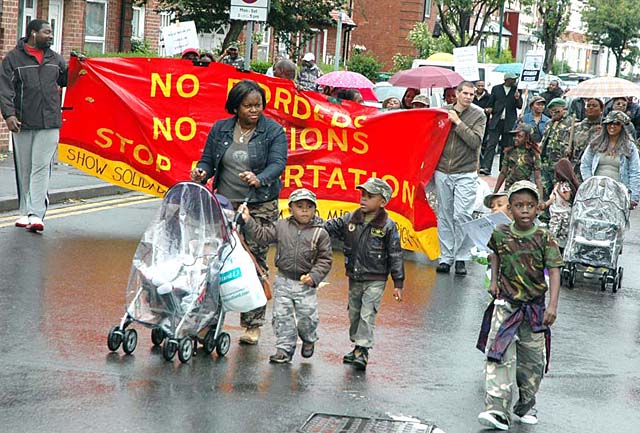 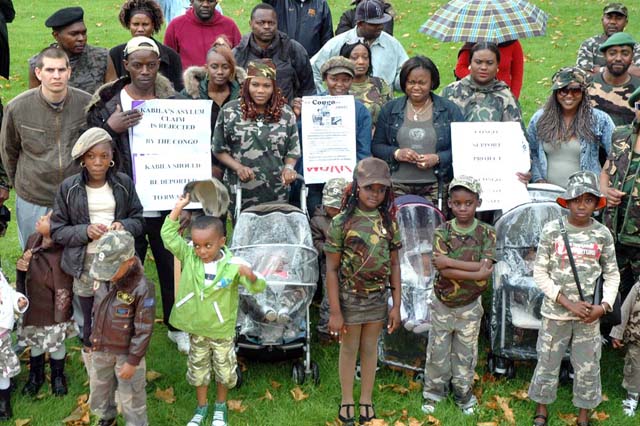 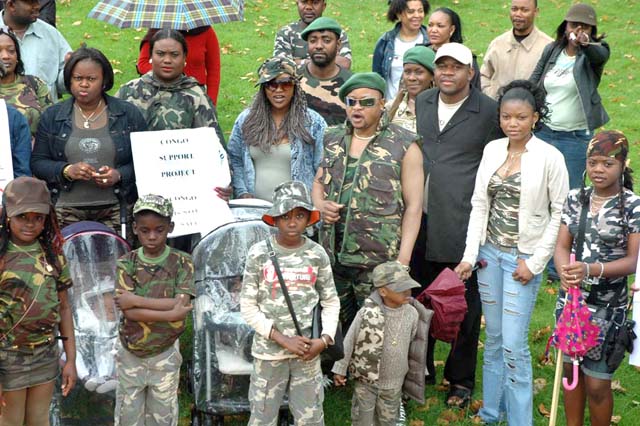 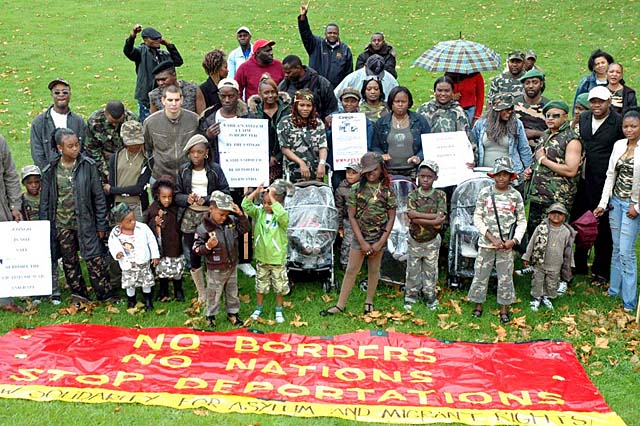 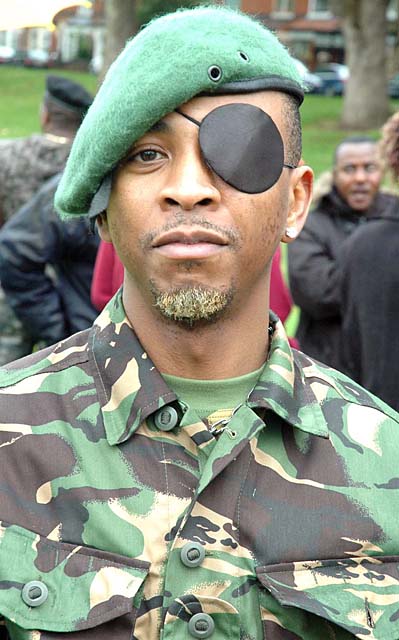 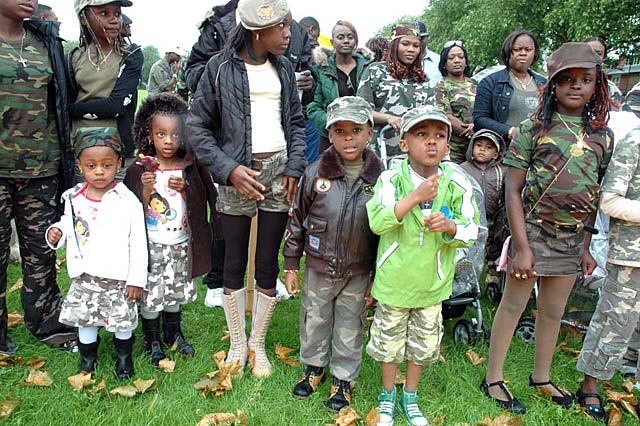 On Saturday 30 June at 12 noon, The Nottingham Congolese Community assembed to demonstrated against continued deportations.

Starting from The Old Market Square, they marched through Nottingham, past the railway station and continued through the Meadows Queens Walk to the Meadows Park near the embankment.

They wanted to draw attention to continued deportations of their community to the Congo, in spite of the risks to them.

Is the Democratic Republic of the Congo (DRC) really independent? Since "independence was granted to the DRC on 30 June 1960, the country has been under the control of criminals and dictators, while its progress has been hindered by foreign interference, illegal exploitation and exportation of the Congo's natural resources, and levels of repression, human rights abuses and conflict that have killed millions and produced hundreds of thousands of asylum seekers, refugees and internally displaced persons.

Despite the so-called ' democratic' elections last year, more than people were gunned down in February this year in the Bas- Congo region while protesting against local election results. Innocent men, women and children belonging to the politico-religious group Bundu dia Kongo were killed while they prayed in their church.

On 22 and 23 march, more than 700 people died in the capital when troops loyal to Joseph ' Kabila' used heavy arms in an open street battle against those backing hi8s presidential contender Jean-Pierre Bemba. Hundreds more were seriously injured, thousands arrested and an unknown number were forcibly disappeared. In the east of the country, war between opposing groups of militias is still causing death, devastation, displacement and acute insecurity. Rape is endemic throughout the country and is used as a weapon of oppression punishment and torture.

Industrial loggers are being allowed to plunder the Congo's remaining intact rainforest , upon which more than two thirds of the population depend for their livelihood. Eighty percent of the species found in the Congo cannot be found anywhere else on earth. People are being exploited for their land.

There is credible evidence of persecution of Congolese Asylum seekers who are forcibly returned to the DRC. A country Guidance tribunal due to start on July will aim to determine that it is unsafe to return people under present conditions.

Other postings for this year, on this and related issues.

Nottingham Mayday 1 Event: suported asylum seekers in their demand for the right to work.

Nottingham Mayday 2 Parade: suported asylum seekers in their demand for the right to work.

Nottingham No Borders 'National Day of Action on Asylum Rights'

Nottingham Demo against deportations to Congo

Demonstrate against deportations to DRC in London 2-3 July

DR Congo is not safe! Nobody should be deported there - well, nobody should be deported anyway, but especially to a war ravaged country where over 5 millions people have been killed. People are still dying as a result of conflict, and human rights violations, killings of civilians and recruitment of child soldiers continue. Deportees are handed over to the securety services, and if they are wanted by the authorities they are immediately detained and brought to prisons where they can easily die within a year, due to beatings, torture and lack of food. In many DRC prisons the only food is provided by volunteer orgainsations.

Close down Communication House, close all reporting centres! They are the first link in the chain of detention and deportations of asylum seekers and migrants.

People who go reporting can be detained any time. Some are so scared they cannot sleep at night before reporting.

Demonstrations against deportation to DRC in London 2-3 July