It is shocking at a time when the psychological warfare and criminalisation of the Kurdish struggle in Turkey is at its highest, that there are not a lot of sites/blogs in English, that give uptodate information from a Kurdish perspective and challenge the label of 'terrorist' and 'terror' that is so readily accepted by the Western governments. Hevallo tries to do that. Please help by linking with Hevallo and circulating this sites address widely and actively challenge Turkish psycho ops! 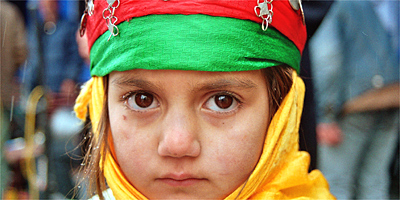 As Turkish government is set to give poltical support for the Turkish army to enter N.Iraq (South Kurdistan) the International community is silent.

The US Neo Cons are supporting the Turkish army directly in their proposed invasion of 'Kurdistan'. The greatest support they giving presently is silence.

Many analysts believe that Turkey's true intention is not just to attack the PKK bases in the Qandil Mountains but to avoid the setting up of a Kurdish state with Kirkuk as it's capital.

There is a lot of psychological warfare spinning around at the moment in regards to Turkey and The Kurdish Question. A new blog called Hevallo has been set up, in English, to challenge this propganda and put the case of the Kurdish people in Turkey.

You can find it at: