At least 500 Téléco workers received termination letters Friday as part of the government's announced plan to privatize the company. Another thousand are expected to be fired on Monday. 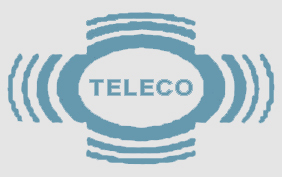 The Privatization of Teleco


As of last week, there were approximately 2800 workers remaining after the first wave of mass firings, as the government works to reduce the total number of employees to 800, according to several sources. These mass dismissals, which were expected in the wake of numerous statements by President René Preval and Téléco Director General Michel Présumé, come 10 days after the end of a three week strike organized by the union of telephone workers, initially to demand a dialogue with Mr. Présumé, and subsequently calling for his departure.

The workers ended their strike after the president of the Communications Commission of the Haitian senate, Mr. Jean Hector Anacacis, asserted that dialogue between the union and the Téléco director general is necessary.

As the first series of letters were sent out on Friday, several police units as well as MINUSTAH officers were called to the perimeter of the Teléco facility to neutralize any possible protesters.

Téléco workers found this decision insulting "after so many years of service to the company". "We have never been against privatization; we are simply asking for what we deserve", said one of the dismissed cadres. He noted that workers who have been terminated, he said, have been invited to go to a teller at the National Credit Bank to receive their legal services and a severance bonus equivalent to 12 months of wages, as the has president said. The workers were demanding compensation equivalent to seven years of wages.

The president of the union of the National Telecommunications Company, Jean Mabou, whose name appears on the list of sacked workers, termed the dismissals made by management illegal and arbitrary.
According to several company cadres, the selection of workers to be dismissed was based on a desire for revenge, and the choice of workers who are being kept in their positions was based on favoritism.
" What is the common sense behind the dismissal of 14 out of the 17 trainers at the training center, while bogus consultants who only go to the office to collect their salaries are kept on because of their friendship with the architects of this privatization", said an indignant cadre who has been sacked.