Sunday the 15th of July, ten activists entered Carmel Agrexco depot in Hayes Middlesex. The Israeli flag that usually flies was replaced with a Palestinian flag and the black flag of anarchy took the place of the Union Jack.

Agrexco Carmel, you are the weakest link

photos from the lock-on 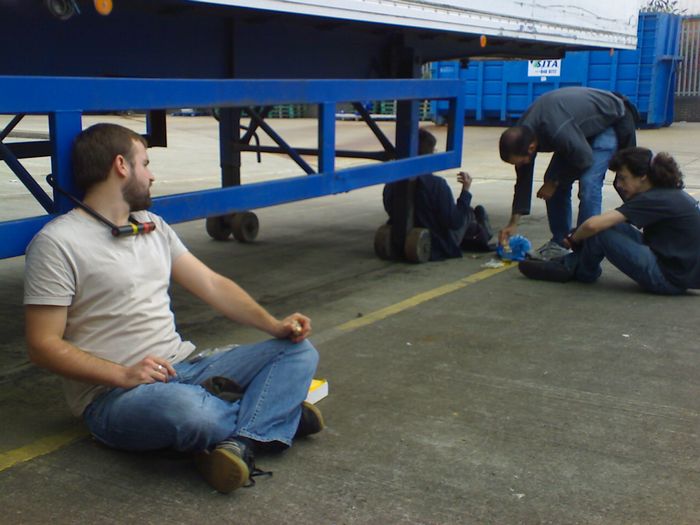 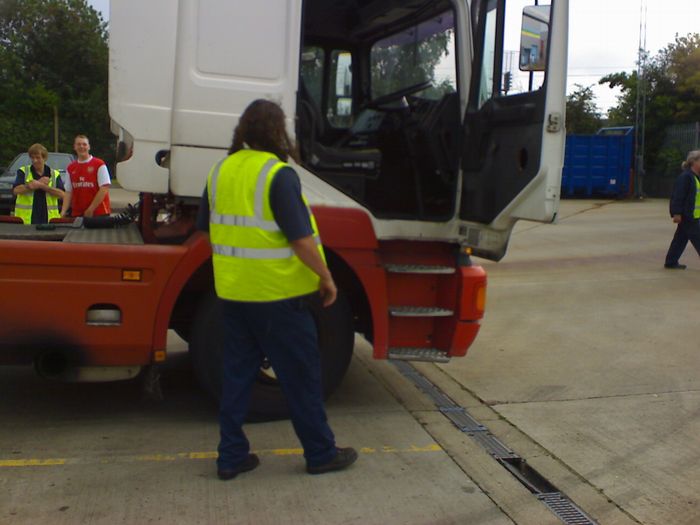 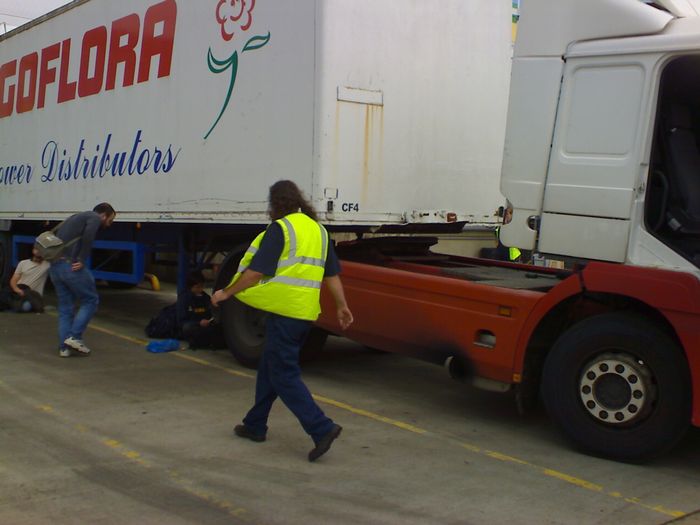 ...and reverses towards a protester, missing his legs by only inches 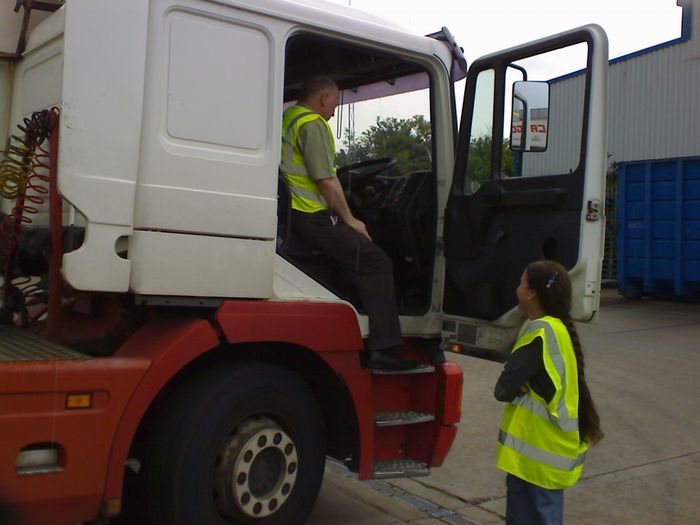 At around 1415 the police left the yard at the rear of the warehouse after telling the people locked to lorry trailer that the company intended to attach a lorry cab and tow it out of the premises with the protesters attached, they explained that they had no duty of care to people who they believed to be trespassers. Although Carmel workers did hook-up the trailer to a cab they never followed through on their threat to move it, and eventually the more senior police arrived and told them not to attempt anything so stupid.

Audio from the action

Plundering Palestine - photos from inside Carmel-Agrexco 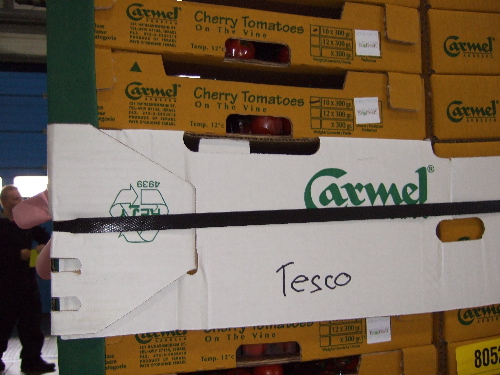 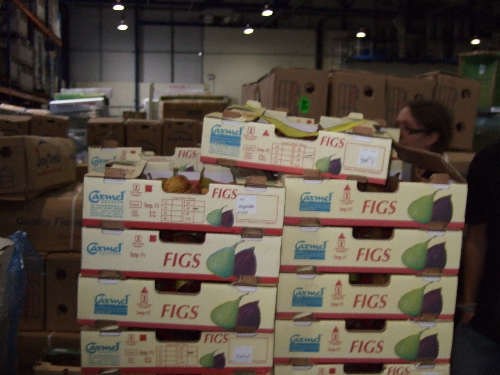 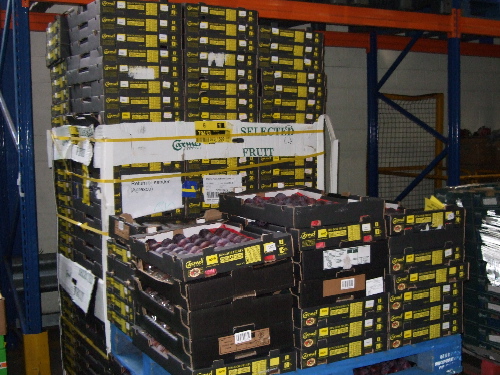 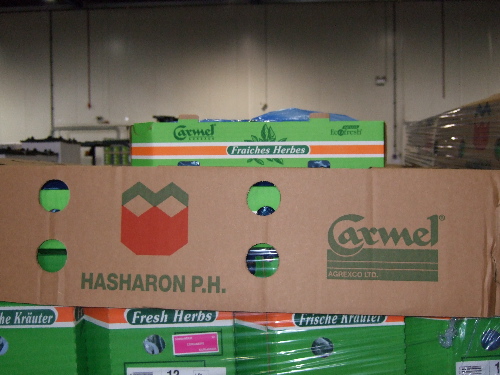 fresh herbs - to give your cooking that heady aroma of oppression 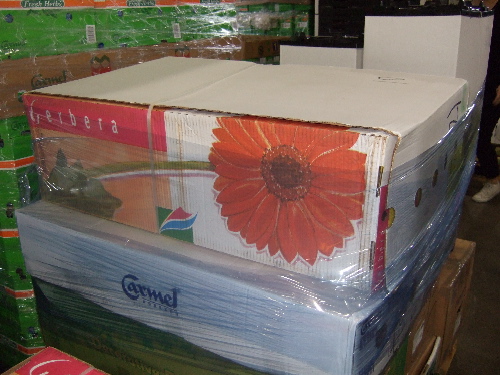 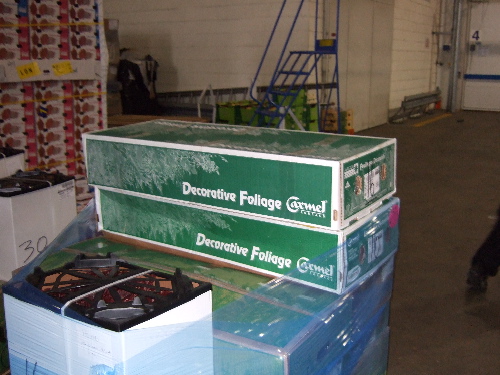 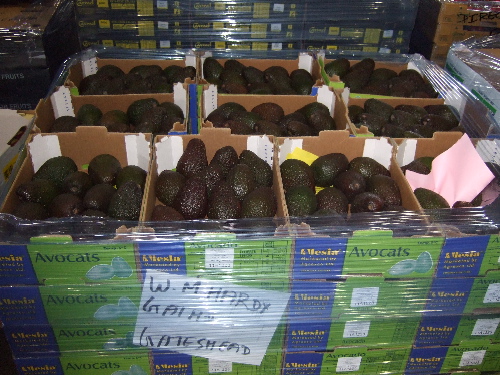 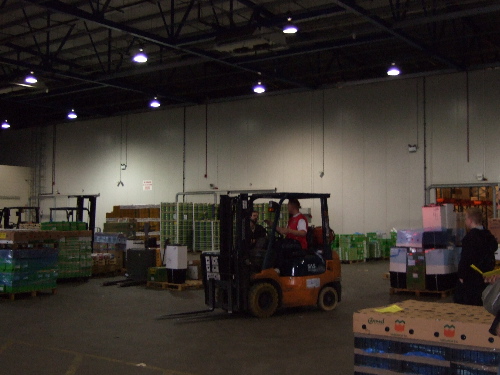 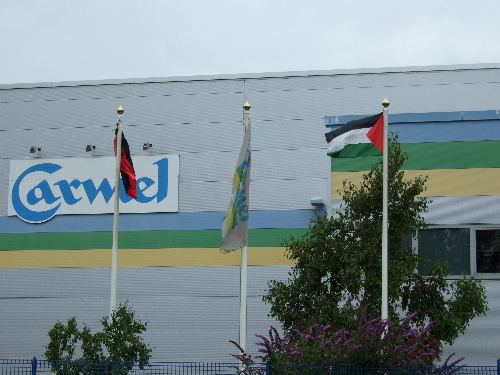 Carmel-Agrexco is responsible for the export of two-thirds of all produce from the illegal Israeli settlements in the Occupied Palestinian Territories. These settlements are illegal under international law - and food exported from them amounts to plunder under the Geneva Conventions.