Following numerous dangerous incidents putting public and workers at risk, the demolition of Farnborough town centre appears to have ground to a halt.
'It is just wonderful to see the demolition work start.' -- Peter Moyle, leader, Rotten Borough of Rushmoor

'Our persistence and commitment to the development has finally paid off and in no time at all residents will start to see Farnborough Town Centre transformed into the shopping centre everyone wants.' -- Andrew Lloyd, chief executive, Rotten Borough of Rushmoor

'I am thrilled that the redevelopment of Farnborough town centre is now moving ahead.. With the demolition work under way, it won't be long before the town centre will be transformed.' -- Peter Moyle, leader, Rotten Borough of Rushmoor

Arena is a rubbish magazine which for most people on receipt goes straight into the bin.

In the latest edition (July 2007), leader of the Rotten Borough of Rushmoor Peter Moyle demonstrates his usual depth of ignorance and contempt for the local community.

The site was surrounded by a rickety 6-foot corrugated metal fence offering no protection to the public whatsoever from dust and flying debris. Heavy machinery was on site, grinding away at the buildings.

The inevitable happened, a piece of flying debris shot out from the site, missing the head of a woman by inches (had she been hit she would have been seriously injured or killed), and landed at the feet of two members of the public standing nearby and having a conversation.

The projectile (retained as evidence), appeared to be from one of the steel reinforcing rods, several inches long, an inch in diameter, razor sharp ends and weighing roughly one and a half pounds.

The Health and Safety Executive were notified re concerns site safety. Almost 6 weeks later, they have not reported back or provided requested documents, including a site risk assessment.

One week on from the first incident, the same member of the public had a piece of heavy masonry fall at his feet.

Following this incident, the road has been sealed off, diversion signs hammered into the street. The diversion signs are not legal as they obstruct the highway, have damaged public property.

Last week there was a further incident which appears for the time being to have shut the site down.

There was dust everywhere, which people were breathing in. Gregs the Baker, all surfaces were covered with a film of dust.

There is asbestos on site which no attempt has been made to remove before demolition began.

This is the site that Moyle is so happy to be associated with, but then he and the borough chief executive Andrew Lloyd have been having regular secret meetings with the developer for several years in order to promote the agenda of the developer.

Last week, Peter Sandy, until recently a councillor in the Rotten Borough of Rushmoor, had to appear before the Adjudication Panel for England facing nine charges of treating officials with disrespect, bringing his office and the council into disrepute. He was cleared of seven out of the nine charges.

It begs the question who is bringing their office and the council into disrepute?

Peter Moyle, Make the most of the summer, Arena, July 2007 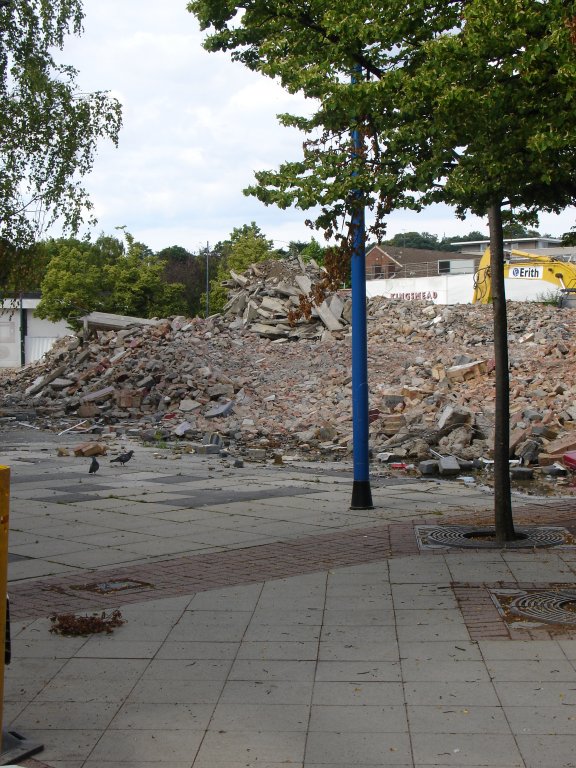 reduced to a pile of rubble 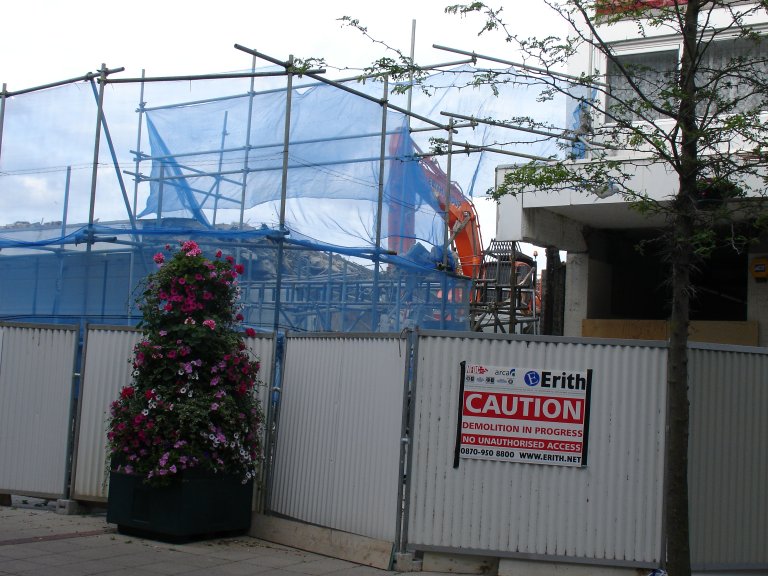 no protection for the public 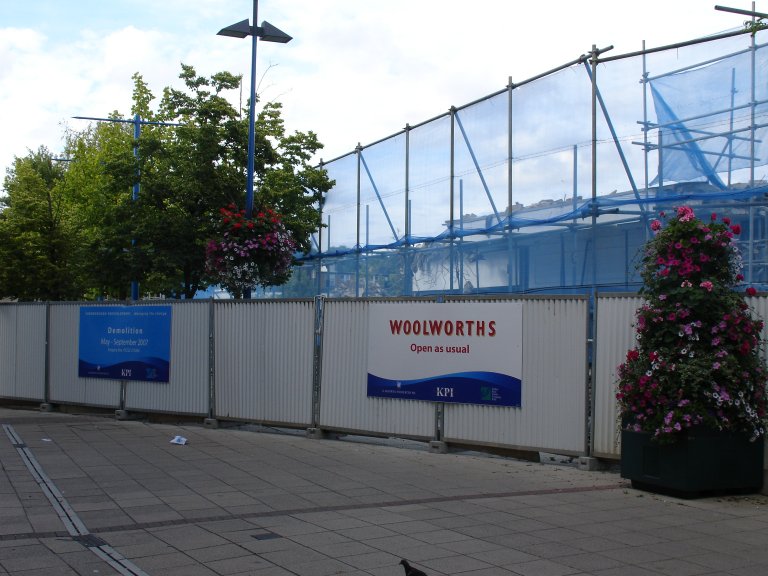 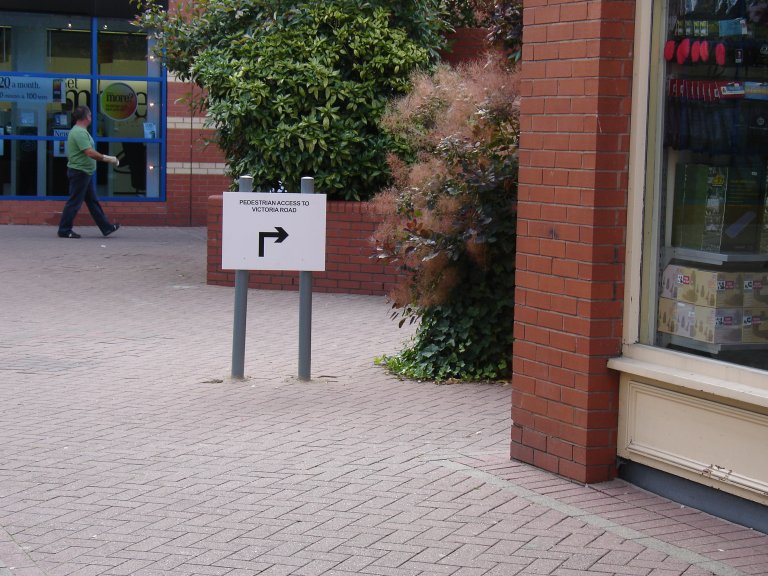 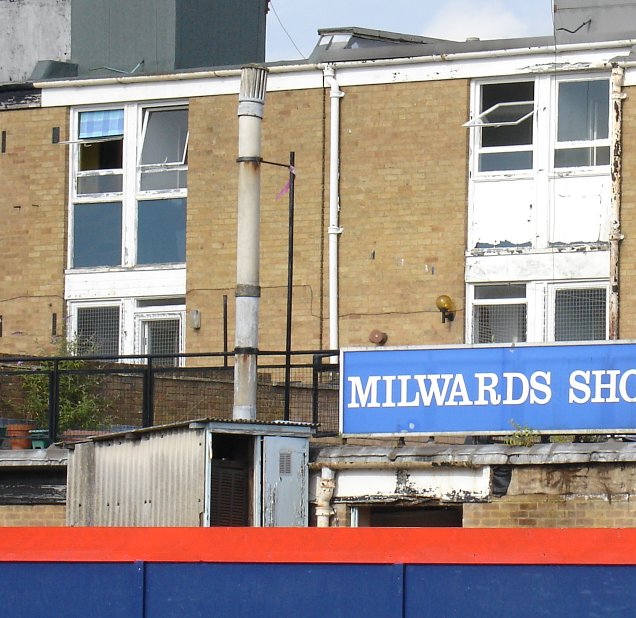 The work has recommenced with heavy equipment. There is dust everywhere. No attempt to damp down.

Today is a very windy day, making a bad situation much worse.