Only the most malevolent of people can fully ignore in themselves empathy for their fellow man. Even when clouded by war and prejudice, poverty and religion, the massive majority of us, deep down, know right from wrong at the base level. Why then does conflict like the one described below continue? Not for freedom's sake, that's for sure... 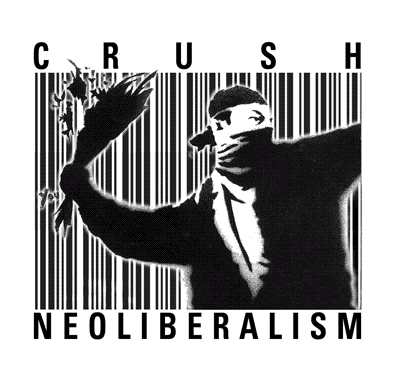 A Nation's Right to Survive

In the, impoverished, unthreatening, Central American state of Nicaragua in the 1980's a Genocide was commited by a CIA-backed army known as the Contra in order to overthrow the leftist, nationalist Sandinista government - the elected representatives of the people.

Filmed before this atrocious crime had been commited, John Pilger's documentary examines the history of conflict in Nicaragua and the surrounding region, and the influence of the world's richest and most powerful nation - the United States, upon it.

His words and those of his subjects are particularly ominous when you think that beginning in 1986, tens of thousands of people were tortured and brutally murdered in the very streets shown in the film. The perpetrators were the Contra, a right-wing insurgent organisation funded by the CIA with money made from illegal arms sales to Iran, and money from 'sanctioned' cocaine-trafficking. Trained at the infamous 'School of the Americas', or the 'Western Hemisphere Institute for Security Cooperation' as it is now known, the Contra were a ruthless and efficient army operating through 'death squads'. The modus operandi of the Contra was very similar to the death squads operating in Baghdad today. Torture, kidnapping and brutal death, upon the very suspicion of being 'leftist' was the order of the day.

The messages in the film ring true for similar crises occuring today. Substitute the percieved threat of Communism for Terrorism, and Central America for the Middle East, and you will begin to see some scary parallels between the Cold War and the so-called 'War on Terror'.

'Nation-building' never has, and never will, provide stability, let alone 'freedom' or 'democracy' in the proper sense. Of course, we should realise that these the highest of ideals are not what our boys are being sent to kill, bleed, maim and die for.

The protection of strategic interests, and the maintenance of political climates that are friendly to the goals of those at the top of the food-chain has been throughout history, the goal of every government in a position of dominance.

Tierra y Libertad - Land and Liberty. This is the maxim Central Americans fight and die for to this day. In Mexico, Bolivia and Venezuela the legacy of American intervention and influence has for decade upon decade, soaked undeserving victims in the blood of their countrymen. In El Salvador, Honduras, Grenada and Chile the masses have suffered brutal repression and been trapped in poverty, as they watch the natural riches of their nations flow from beneath their feet at ever greater speeds.

In the truest sense of the word, this is rape.

Throughout its history, the US has installed governments by one means or another in most regions of the world.

...Arming and funding vicious regimes and murderous tyrants that play by the economic rulebooks - ensuring that the wealth of the world continues to funnel into the pockets of its most powerful citizens, is one way that America tries to secure its future dominance of the Globe.

These rulers are either from rich and powerful families, parties or movements that already exist in a particular nation, as with the Ba'ath party in Iraq, or are created from scratch, as we have seen with the Contra or Al Qaeda.

As soon as they get too big for their boots, because they feel that they have done their duty in opening their nations' treasures to the financial institutions of the West, they are turned on with all the vigour and force with which they were put in power.

Equally, if they will not give us their riches, then they are taken by force.

It is tempting to say that over the 20th century the goal of the West (the dominant force in the modern political paradigm - but not for long) and particularly America post-WWII, has been to insidiously create conditions that justify military intervention of one form or another and eventual economic take over. Accompanying this is the added benefit of subduing people, so that they are not able to utilise or have access to the wealth to which they are entitled - leaving it up-for-grabs. This brings greater power and apparent security.

As soon as the people of a nation stand up for themselves and their rights they are crushed or victimised or isolated or 'sanctioned' or killed (now more commonly known as liberated) with similar results to those seen in Nicaragua - misery and death.

For every second that we in Britain continue our complicity in the policy of aggressive intervention and 'regime change', the black stain upon our names and those of our ancestors - and our children - increases.

The British, though of course not solely, owes the people of the world an unimaginably large debt, both literal and figurative. For hundreds of years our power and prosperity has been built upon the sweat and blood of billions of poor and destitute, hard-working and hopeful people the world over. We have ruthlessly pursued our aims, if not at the point of a pen then at the point of the sword, and have been directly involved in the killing and starvation of and spread of disease through massive swathes of third world.

Our empire did not become so massive through freedom and democracy...

20 million Indians died of forced starvation under the heel of the East India Company, and that's just a shockingly tiny taste of the blood we have spilled over the centuries as the worlds greatest power. We have rivalled Hitler's
Nazi's for brutality, and Stalin's Soviets for numbers.

Now America and the New Conservatives are Lords, but there is no so-called 'New World Order', we just have new masters.

The ideology of famine and plague - and unspeakable riches.

The right thing to do, would be to provide the peoples of the world, whatever their religion or political stance, with the ability to choose their own destiny in a meaningful way. This rather than hollow, enraging promises of 'freedom' and 'democracy'. Promises implemented half heartedly or not atall by puppet governments. Promises broken. Promises that leave children hungry and people uneducated, and cold, and poor.

...Broken dreams that leave festering hatred, and an open door to the manipulative designs of religious leaders of every stripe.

Dismantle the unfair, insane, self-destructive economic system upon which every one of us now depends.

This is about far more than 'capitalism' or 'communism' or left and right.

This is above aid or trade.

This is about Land, Liberty, Dignity. Justice and the inalienable right of EVERY human being to have a meaningful say in their own existences, without fear.

No one in their right mind can pretend that it would be easy, or even possible, to fix the morass of issues facing the transformation of our global economic climate to a fairer one. There are many possible answers for many situations.

To quote the title of a book that inspired me in my youth, we need a politics of 'one no, many yeses'.

Only then can people, as individuals and groups of all kinds, put away their hatred and frustration and live to create better lives for themselves and their families. This is the true meaning of freedom and stability.

As John Pilger, a brave journalist of legendary status among his peers asks, 'if first world governments won't help third world nations, why can't they leave them alone?'