On Saturday 28 July supporters of the Revolutionary Communist Group and its newspaper Fight Racism! Fight Imperialism! organised a 'Celebration of Resistance' in the centre of Newcastle to mark the 54th anniversary of the 26 July attack on the Moncada Barracks, a turning point in the Cuban revolution. 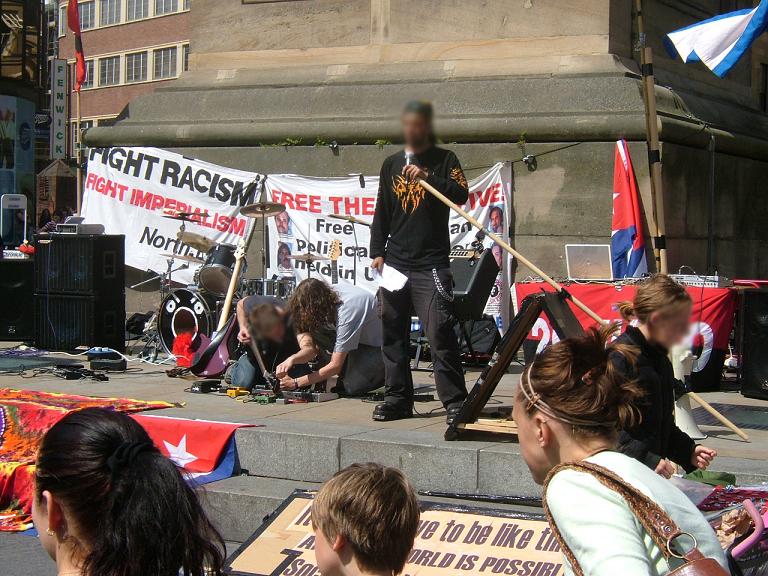 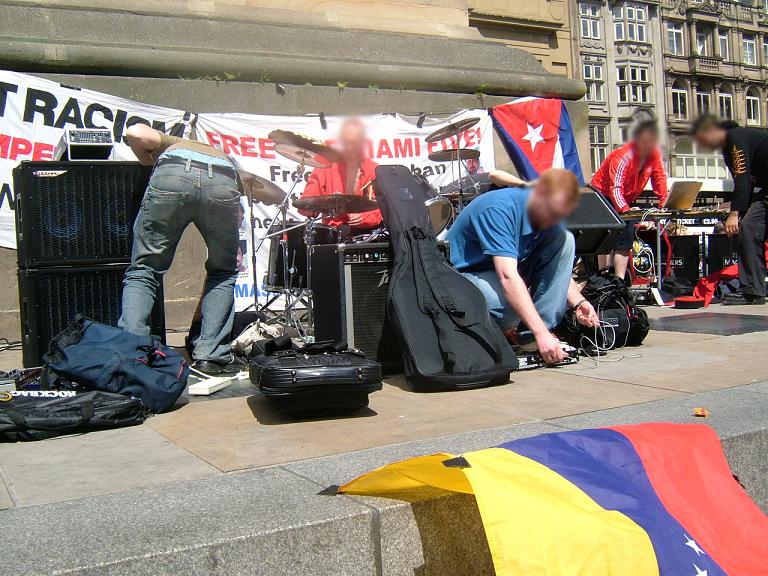 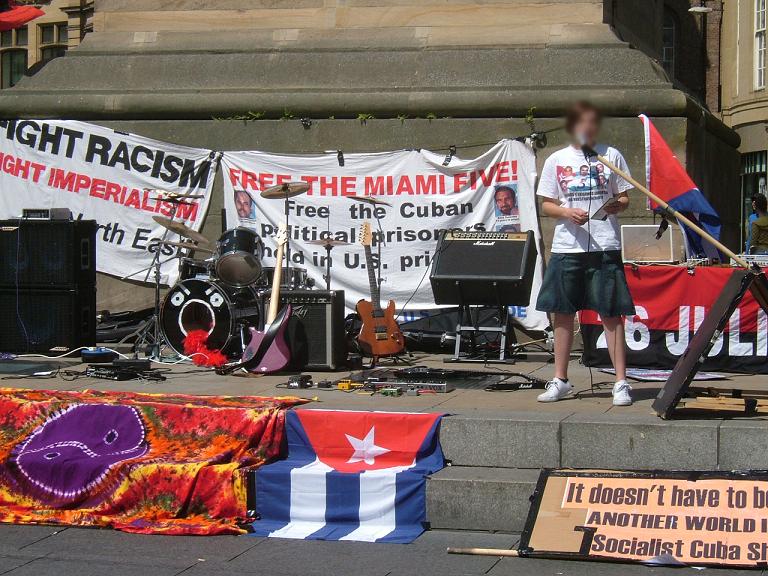 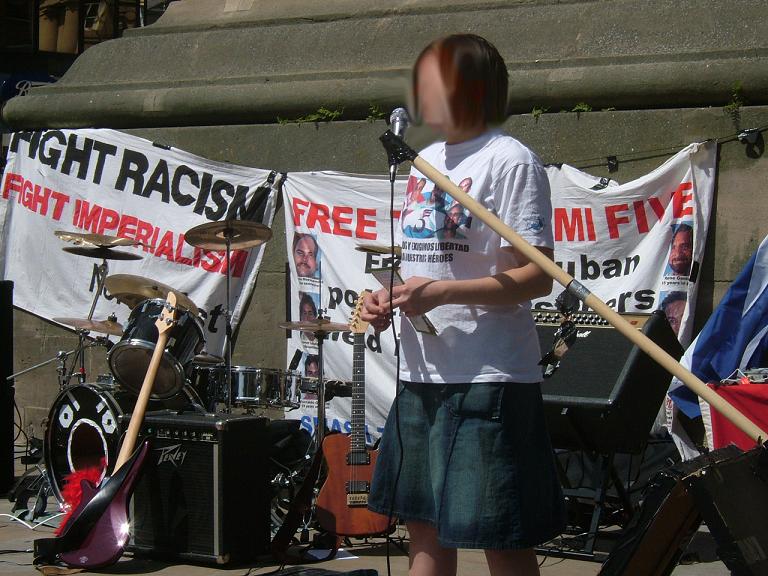 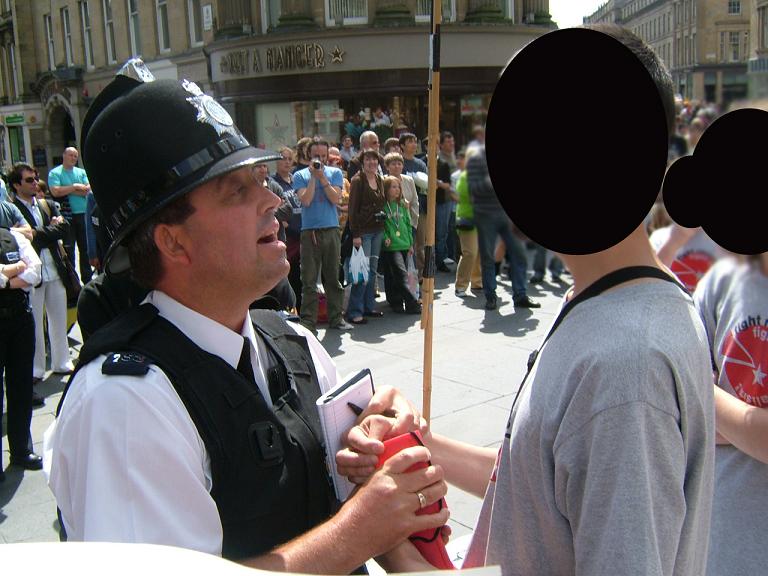 The celebration was well-supported by rock band O.P.E.N., local DJ Stu, and comrades' own musical talents, and heard from speakers on the Cuban revolution and its relevance to the struggle in Britain. Those present had the opportunity to hear about the sacrifices made by working Cuban people in order to take control of their own future, and how that is enabling them to rationally address questions of equality and sustainability.

The event received severe harassment by the police, who arrived mid-way through and demanded the names, addresses and date of birth of all those involved in running the event, under accusations of collecting money without a permit. The organisers maintain that they do not need a permit, as collections taken at a meeting in the open air are exempt under council regulations. The police then attempted to seize the money which had been collected as evidence. When a comrade holding the money tin explained that we had firm legal advice that such a seizure of money was unlawful, he was arrested for obstruction. A lively picket was then organised at the police station, which was supported by passers-by and members of Tyneside Stop the War, and continued until the comrade was released three and half hours later. He has been bailed without charge to 3 September, and comrades will now be discussing how best to organize in defence of all our democratic rights.

The event was well-supported by passers-by, and continued for the full planned time despite the police harassment and the need to organise a simultaneous picket of the police station. The right to collect money at street meetings is an essential part of grassroots political activity, and is coming under increasing pressure in Newcastle, with harassment of not only the RCG but also animal rights and anti-war campaigners, with two formal warnings issued to members of Tyneside Stop the War in recent weeks. The RCG will not allow the police to harass political activity off the streets of Newcastle, and they will work with anyone on the left who wants to stand up against these attacks. Comrades would appreciate it if anyone who witnessed the harassment on Saturday could email a statement on what they saw to:

For people wanting to find out more, there will be a public forum in Newcastle this week:

Cuba - Workers In Control
Thursday 2nd August, 7-9pm, St. John's Church Hall, bottom of Grainger Street, near Central Station, Newcastle
With a range of speakers, including brigadistas from the 2007 brigade to Cuba, who saw Cuban democracy first hand, and spoke to the workers and the youth who are the driving force behind the revolution. With plenty of time for questions and discussion, all welcome.