The expression of the subversive love of the Cuban revolution

Not only have you graduated as medical doctors, but also as humanists. You have learned what it means to practice international solidarity and have understood the reality of preventive and healing medicine in a socio-political context. This brings to reality the much celebrated phrase of Jose Marti: Homeland is humanity. 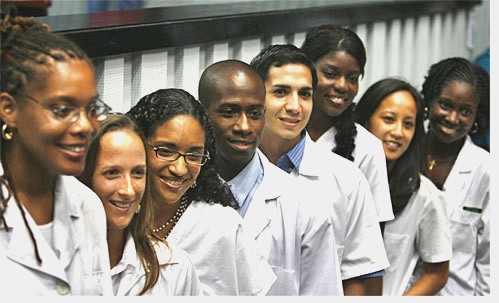 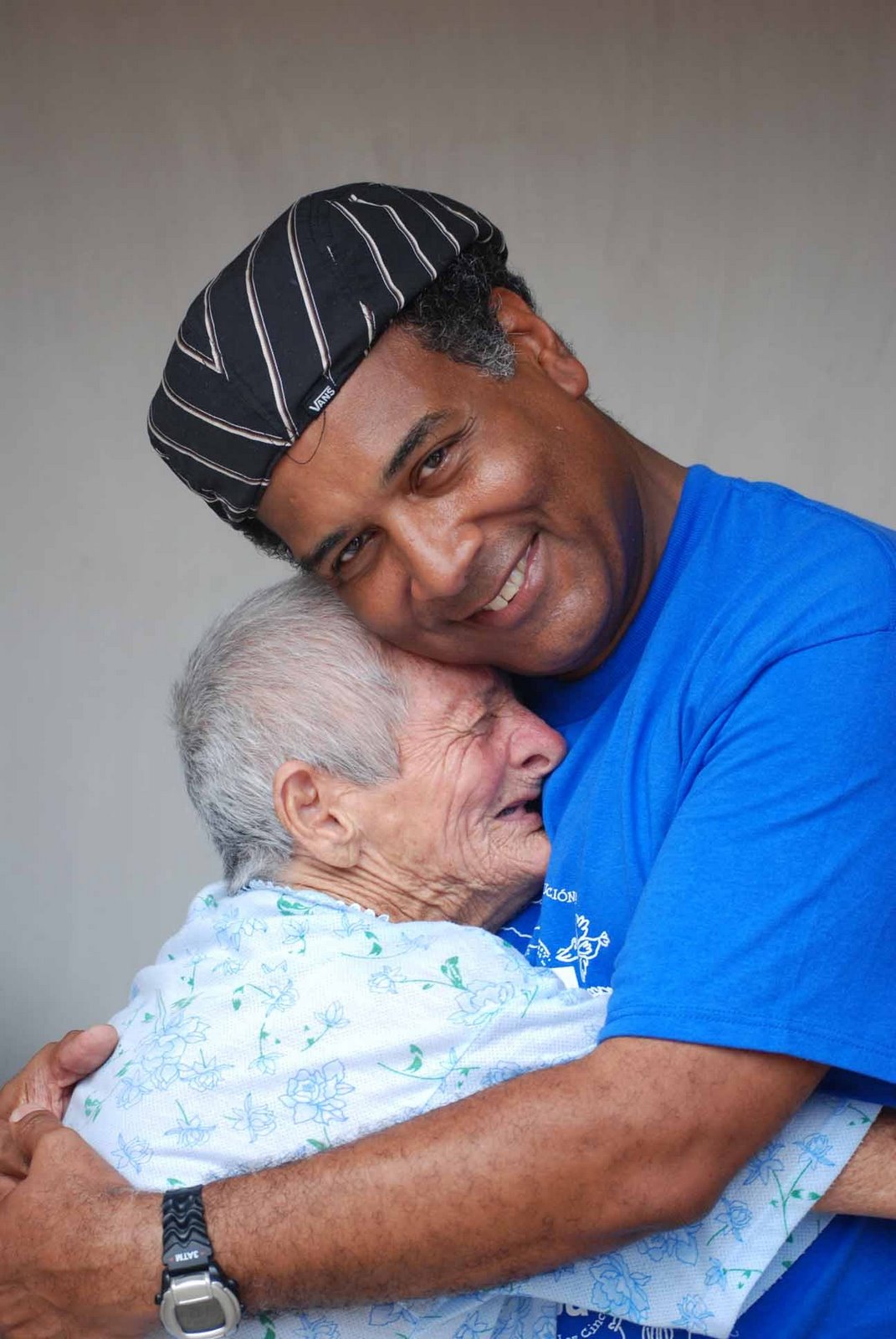 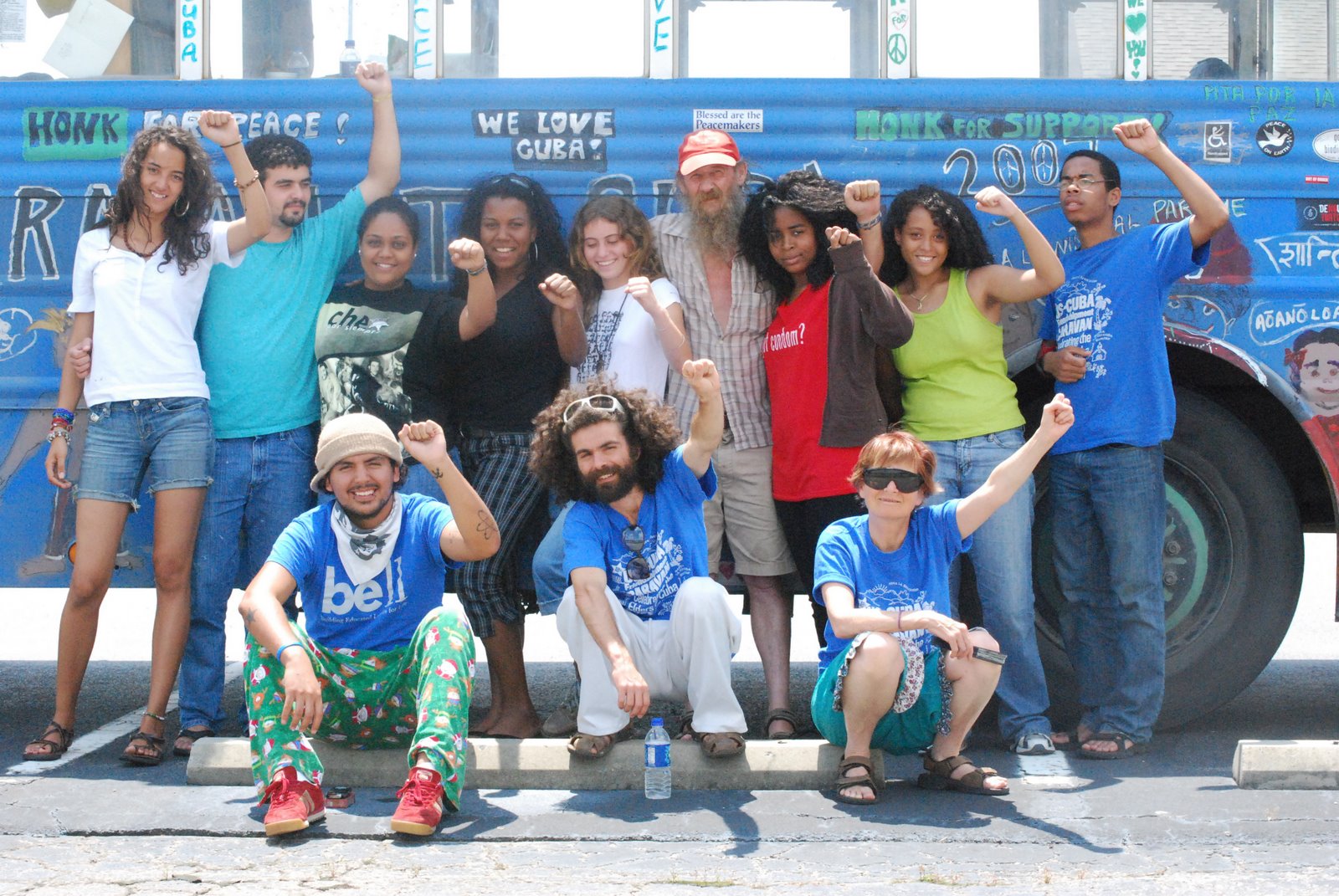 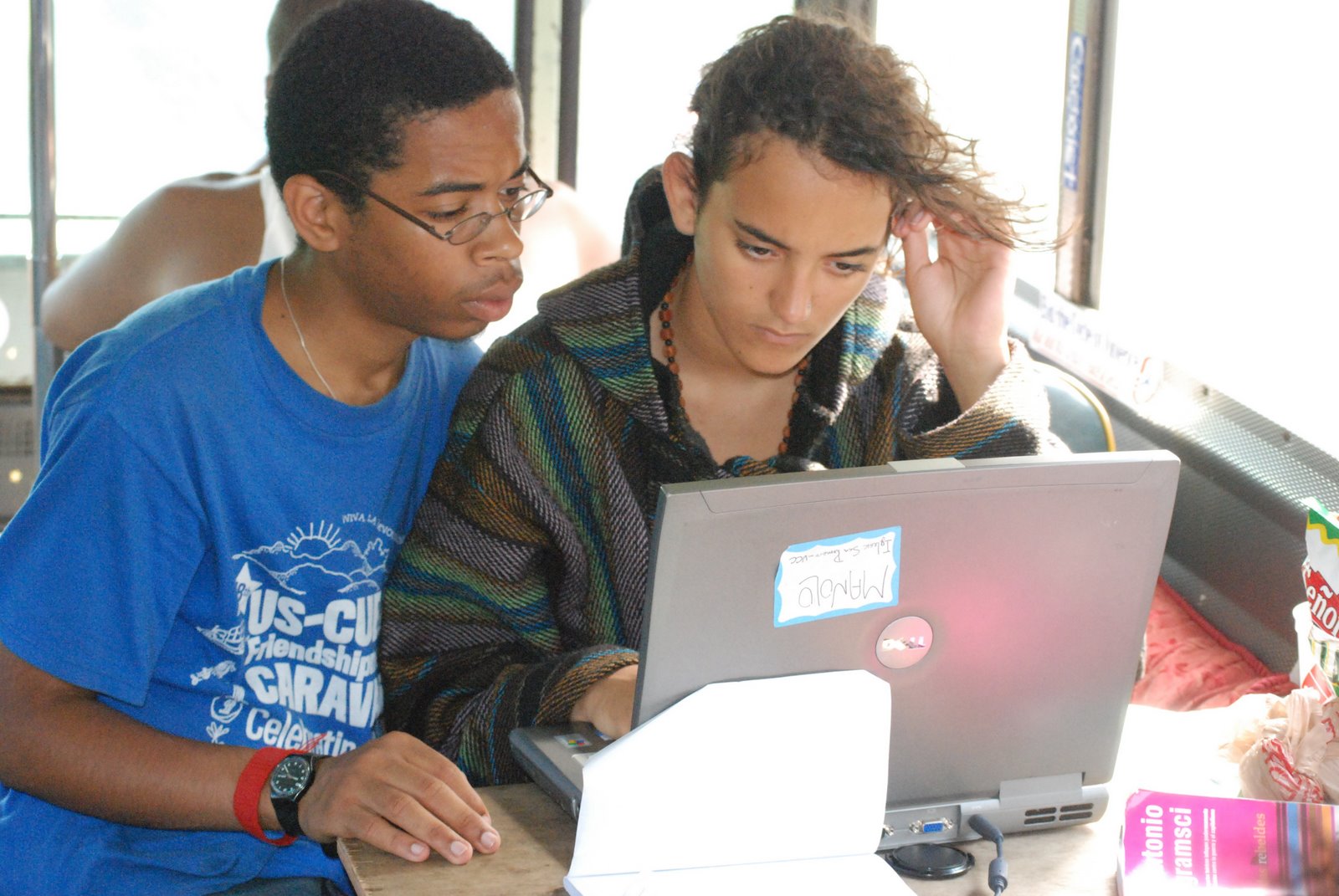 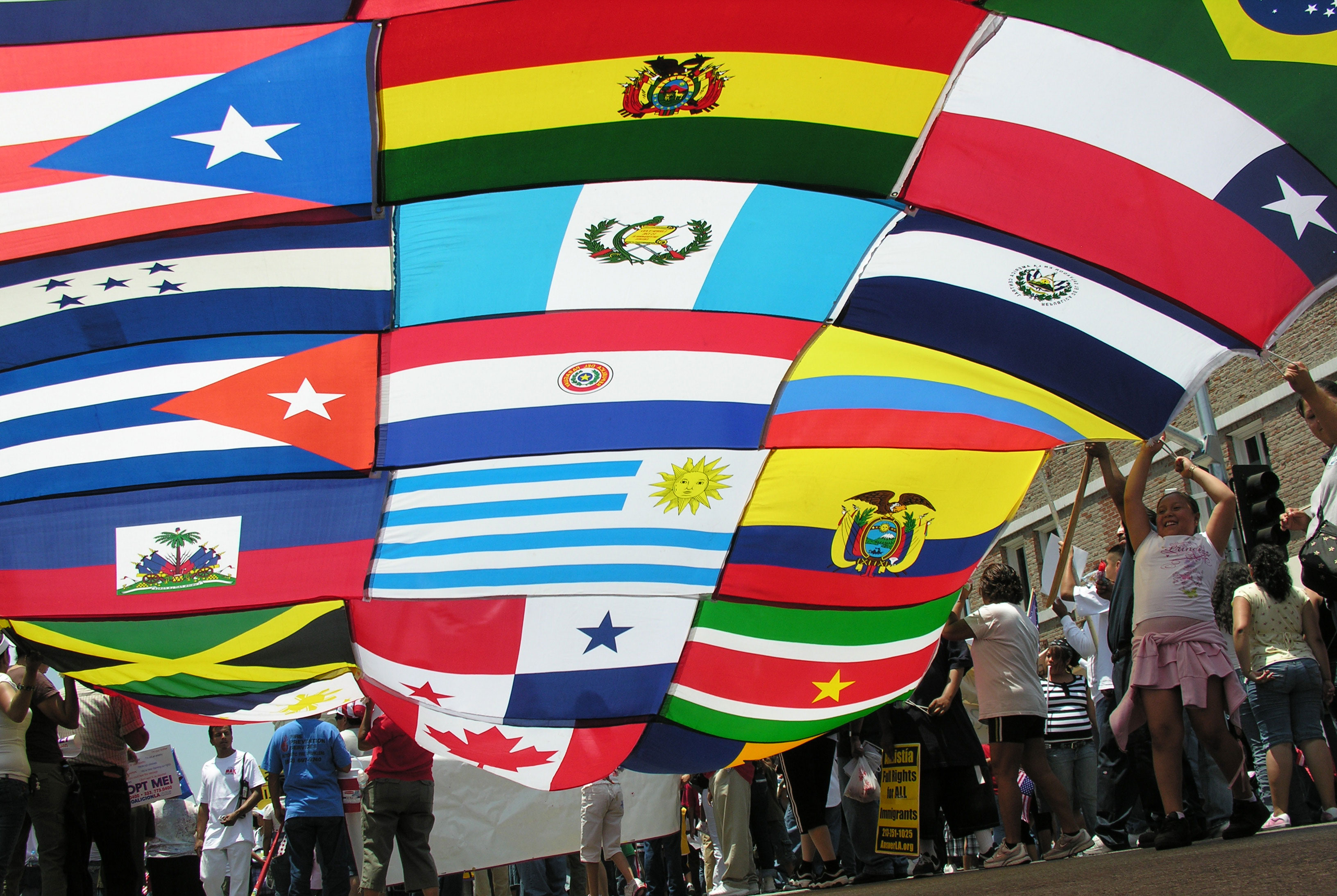 The expression of the subversive love of the Cuban revolution


Not only have you graduated as medical doctors, but also as humanists. You have learned what it means to practice international solidarity and have understood the reality of preventive and healing medicine in a socio-political context. This brings to reality the much celebrated phrase of Jose Marti: Homeland is humanity.

This was the message conceptualized in the third graduation of the Latin American School of Medicine (ELAM) in Habana, Cuba on the 24th of July. More than 1,200 students coming from more than 20 countries saw their dreams become reality. The majority of these students, now medical doctors, come from indigenous, working class, unemployed and minority families, etc. Therefore, these are the children of the condemned peoples who were robbed of their hope by our corporate capitalist system.

These young adults are a small representation of the people which ruling class governments have stripped of human and civil rights. However they have been blessed by the socialist revolution of Cuba and are attending this school without paying for tuition, books, food, or living space; and they now return to their countries to re-evaluate and continue their studies in specialized medicine. This demonstrates once again that regardless of the kicking and screaming of the Pentagon and Washington this Cuban revolution is in fact irreversible and increasingly revolutionary.

Like round balls that come in square boxes, from the richest country in the world-the United States- eight students graduated including one from the New York City borough known for salsa: the Bronx. These eight young adults are poor, black, and Latinos/as, who have traveled from far away with the sole purpose of benefiting from the international solidarity.

This Cuban sense of international solidarity which is manifested by a subversive love and a radical morality was taught to us by the doctor turned guerilla fighter, Ernesto Che Guevara. This is why we say without fear of being mistaken: Che continues to gallop on the roads of the ALBA and his ideas of a new human being as well as Fidel’s works for a better world continue to be present. Therefore this project of democratic socialism, on one hand continues to demonstrate the failures of our corporate capitalism, and on the other hand lets us see that there is still hope of building a paradise on earth.

A very important point in the medical formation of these young doctors is that they were not trained to commercialize medicine. Contrary to what is taught in medical schools in the United States, they have learned that the principal of social medicine is to save lives and that it is immoral, dishonest, and profane to use this practice to gain money.

In other words, these young doctors have understood that health care is a right and not a privilege. This concept, as well as the Cuban revolution, makes these doctors more spiritual and brings them closer to God. This is possible, even though Cuba is a poor country that has had to confront a blockade for the past 49 years. This is where the Cuban revolution, as well as the graduated students, through their actions are bringing to reality what our brother and comrade Jesus told us: Blessed are those who are peacemakers, for they shall be called the people of God. Cuba does not export soldiers around the world to kill people, much less sets out to invade or colonize other countries as the United States does. This Cuban revolution, through their love, sends out doctors and teachers throughout the world as missionaries to save lives, as well as to cure, save and protect the image of God.

It is because of this and more that I do not get tired of saying that in a class society, such as the one we live in, the United States, the expression of subversive and radical love is part of the conspiring project of our Goddess. With this project we will build this paradise on earth with democratic socialism. Long live the Cuban revolution and may God bless us all!

We have once again successfully crossed the border and broken the immoral and illegal US blockade against Cuba. Our spirits were high as we entered Texas from México, since this served as a mark of our victory. On the 28th of July, we reached McAllen, Texas, where the caravan parted ways and we began our journeys home. Saying goodbye to people that have become friends and family is never easy, but we did so knowing that there is much work to be done back home and that we all have a commitment to do that work.

There are 15 of us on the East Coast, New York, bus. We have been in the US for 2 days now and in these 2 days there has been much reflection on the bus. As soon as we got off the airplane in México we noticed huge billboard advertisements, promoting consumerism. This was an immediate slap in the face for us and we realized that we were no longer in the midst of community, rather in the belly of the beast where we’d be expected to fend for ourselves and care solely about personal gain. Again, we realized that the work we must do is much more serious and even more necessary than we had previously conceived. Due to this, there are many mixed feelings on the bus. We are all aware of the necessary work and we are currently at a processing stage. Some of us are excited about the work, others nervous about what this year has in store and what this work will mean for our lives, but overall work is on all of our minds which is ultimately the most important. We rapidly approach our destination, currently being in Atlanta and expecting to reach New York this Wednesday, August 1, 2007. And so, the true struggle begins; the struggle of work and progress towards education in the United States, the journey towards changing the things we must in order to create a better world and in turn end the blockade.

We learned many things during our stay in Cuba. The most prominent thing, however, or the thing that was always present was a feeling of great love. Wherever we traveled in Cuba there was community, which was a huge contrast to the individualistic lifestyles we had been used to seeing in the US. Though Cuba still has many problems, the Cuban people are working hard and collectively towards victory. The Cuban people are constantly working to change the things they want to see different. This, among other things, is an example of what people of the US, Canada and Mexico can learn from; collective work to change injustice. This is the solidarity the IFCO/Pastors for Peace caravan expresses, the solidarity with our brothers and sisters, neighbors and friends. There was an outstanding concern about the wellbeing of others that was strange and beautiful to those of us that have not been accustomed to it. One of the most powerful things was seeing the process of universal healthcare and education in practice. We had the opportunity to attend the third graduation ceremony of the Latin American School of Medicine, which was the first graduating class of more than one US student. On our bus we now have a medical student that has been studying in the Latin American School of Medicine for a year and a half, and is visiting home during her vacation. Cuba has taught us that a better world is not only possible, but it is in existence. Now that we are aware of this reality, our pressing challenge is working towards making that better world a reality in the US.


We have returned with more than just a good impression and a good tan. This caravan has reminded us of the words of our brother and compañero César Chávez who said “I am convinced that the truest act of courage, the stronger act of manliness [and womanliness], is to sacrifice ourselves for others in a totally non-violent struggle for justice. Non-violence is not inaction. It is not discussion. It is not for the timid or the weak.” Because we are not weak and we do not let the government intimidate us. This is the reason why we made a decision that we are not going to be silence. And more important, in our struggle against the USA blockage against Cuba, like César Chávez we are going to tell Washington in particular and the world in general: “non violence is hard. It is the willingness to sacrifice. It is the patience to win.” We know how to work hard, we know how to sacrifice and we have already won. ¡Sí se puede! We must take this on. Cuba has given us a responsibility to defend and to be in solidarity with the alternative of another world that the Cuban Revolution presented to us. This among other things means to pressure and lobby our Congress to eliminate the travel ban, it means to actively work to create links between communities, and it means to break the information blockade by writing and talking more about Cuba and its example.


Many of us wanted to stay in Cuba but the Cuban people would remind us many times again and in various forms that they needed us in the United States working throughout the year to end the blockade. We have returned from Cuba, many of us feel physically tired but full of a spiritual energy inspired by the possibility of another world. We have come to realize that another purpose of this caravan was to be able to learn from Cuba’s heroic resistance and that we in the United States have a lot of work to do in order to avoid more aggressions against Cuba.. Throughout the caravan we asked ourselves, “Where are our brothers and sisters and how do we truly show our love for them?” Now it becomes more relevant to ask the question after traveling to Cuba. To answer this question means to actively work to end the blockade. In opening their hospitals, schools, homes, and hearts to us, the Cuban people are expecting us to take these examples to our communities. These experiences have to become more than just memories and actually serve as models of change.

Back to Work Blog: