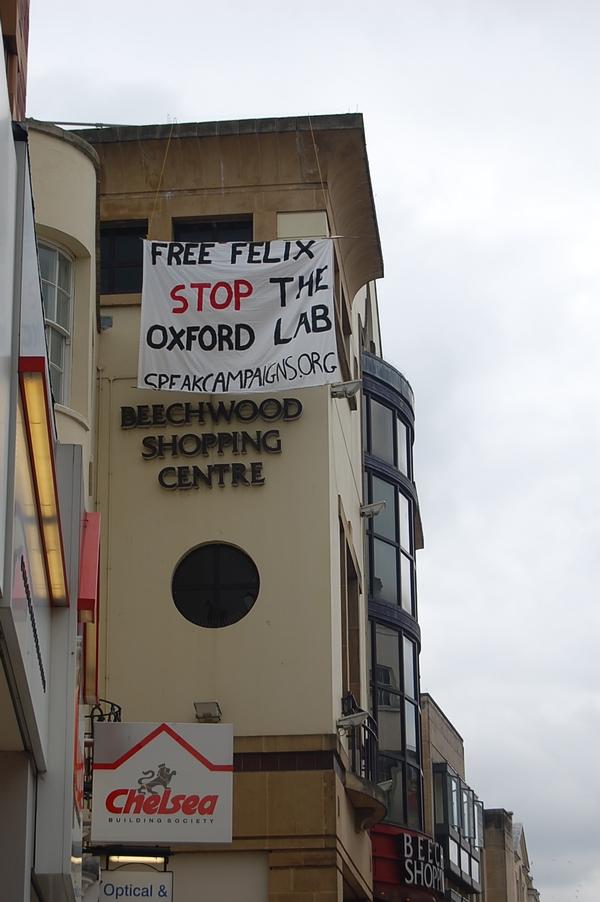 As part of the Felix Solidarity Day on the 4th August, activists from Gloucestershire Animal Action unfurled a 12ft by 12ft banner which read “FREE FELIX, STOP THE OXFORD LAB” (See pic below) from the top of the Beechwood Arcade in Cheltenham Towns busy shopping area in Gloucestershire.

The banner was left hanging for around 30-40 minutes before security from the arcade along with community police officers ran to try and apprehend the individual who dropped the banner, although no laws were broken and the roof is accessible via a fire escape with no private property warnings? The banner was eventually taken down by security.

Simultaneous demos were taking place during the banner drop outside Vodaphone and Thomas Cook with a huge amount of public support(to the horror of community police who were told to monitor all protests for the day - there were only two of them). Four information stalls were set up with loads of speak / vivisection info, petitions, AR and vegan outreach materials were available to members of the public.

Until all are free!