On Tuesday 10 people demonstrated outside Lindholme Immigration Centre, in solidarity with asylum seekers incarcerated there and elsewhere, and for the closure of all such centres. The demonstration was met by a large and nervous response by the South Yorkshire police. 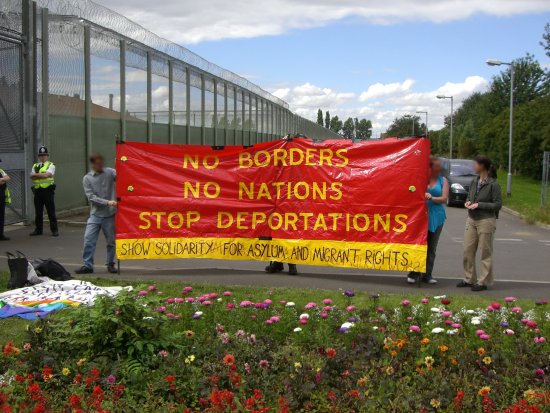 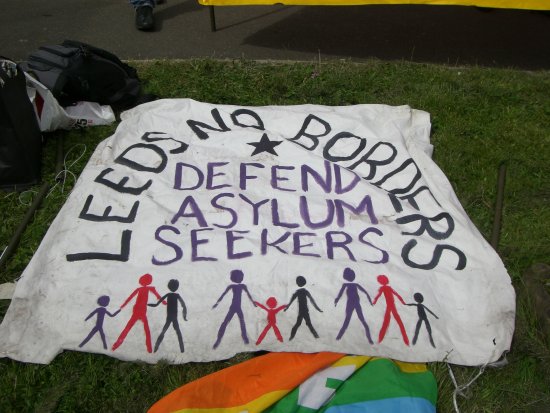 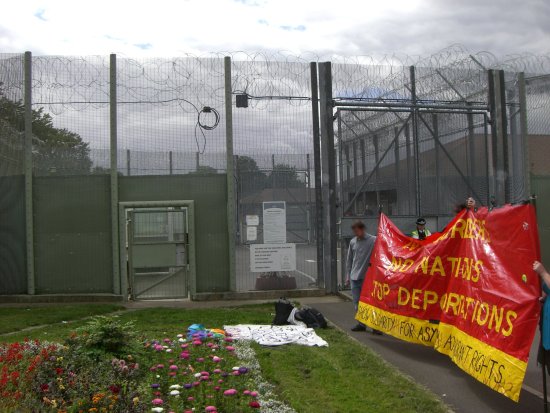 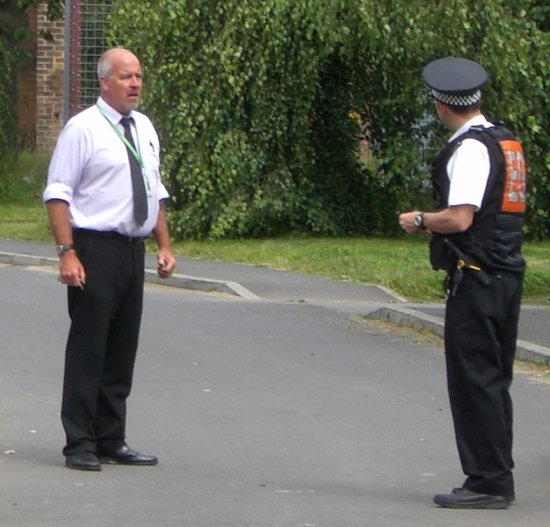 Lindholme management talk to the police 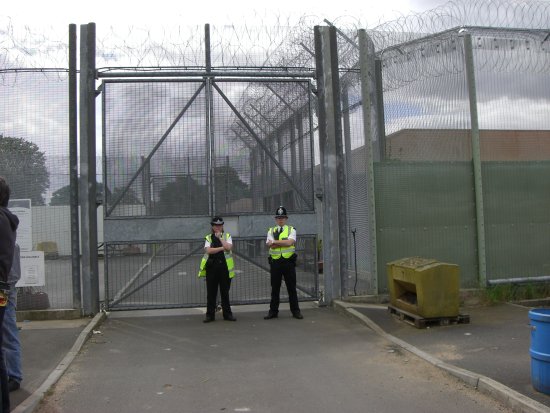 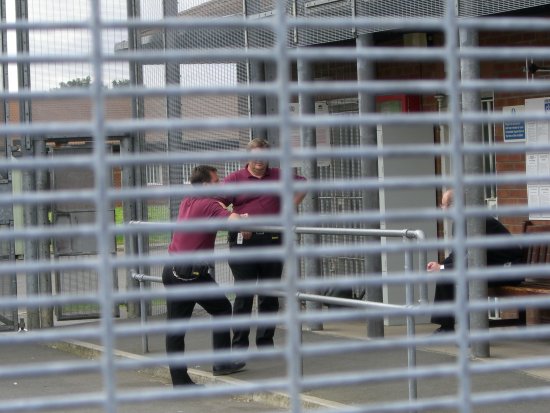 Screws discuss "the best job in the world" 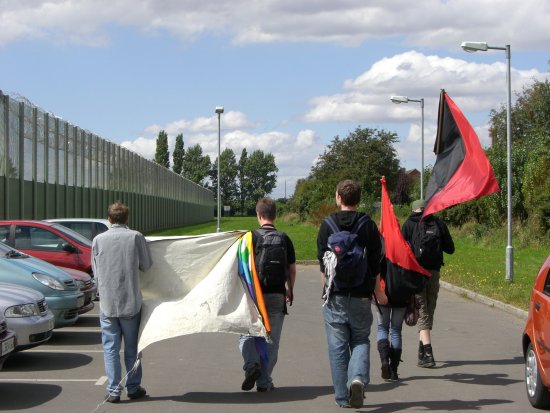 Going for a wander 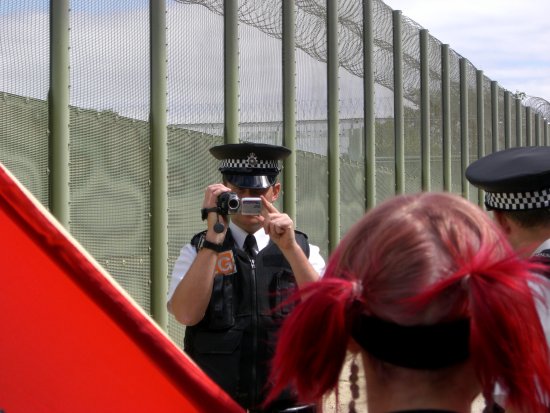 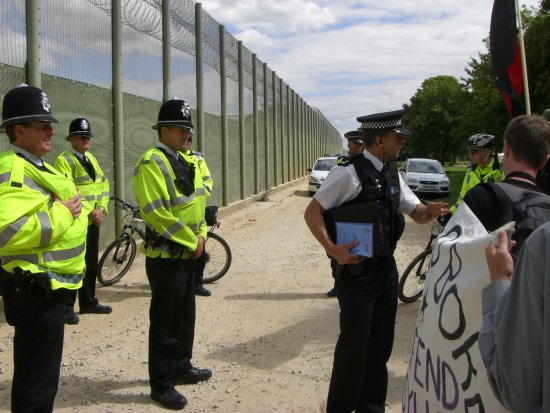 (Chief Inspector) Chorlton and the Wheelies 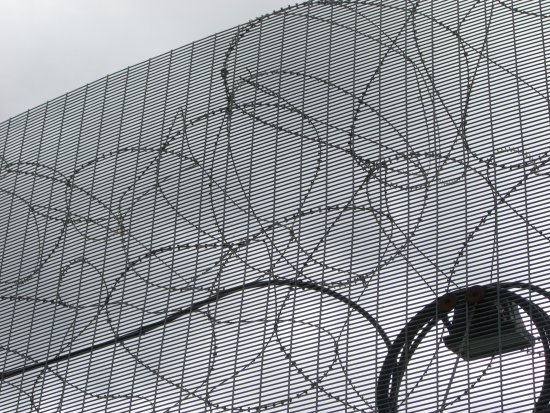 Keeping the riff raff out 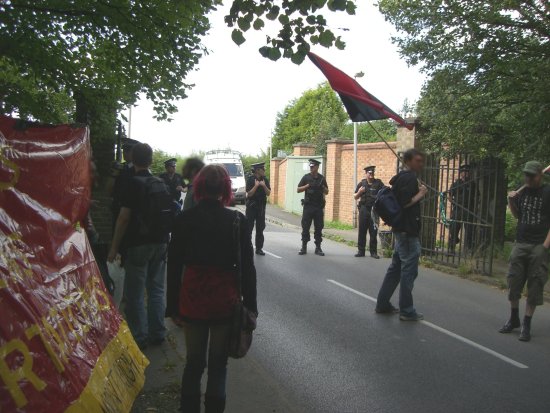 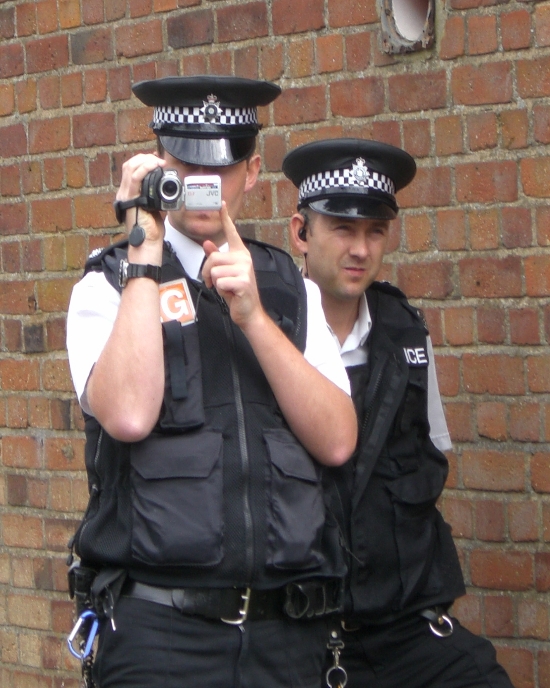 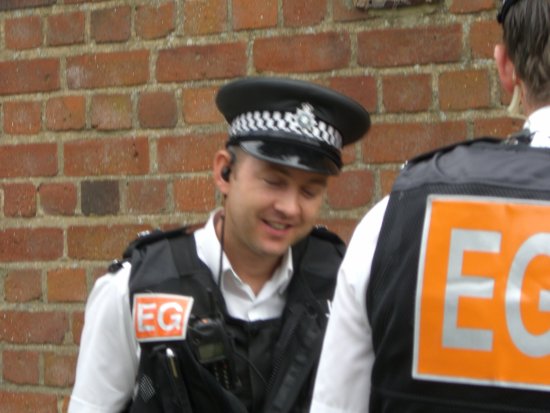 What website are we going to be on then? 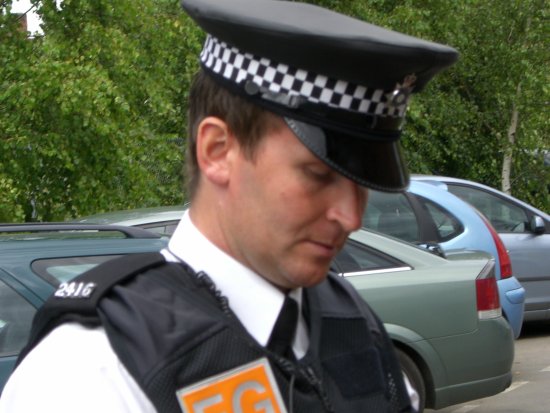 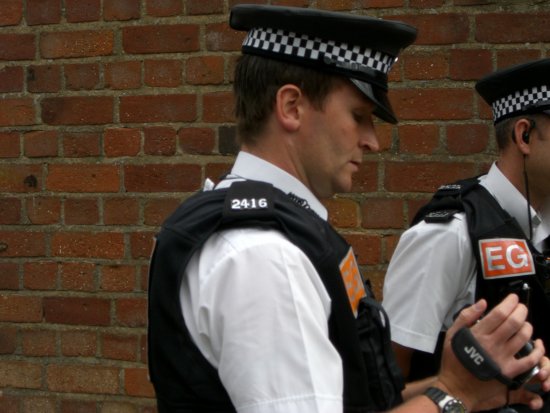 So how does this thing work? 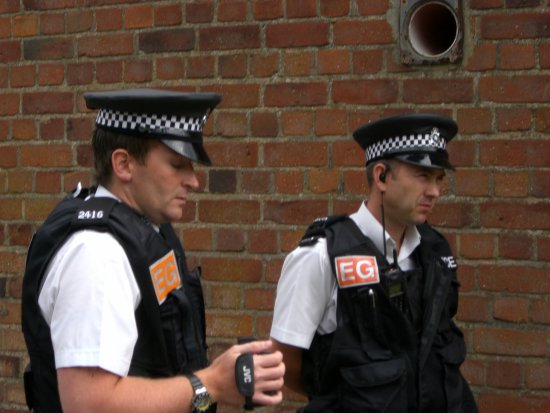 Sorry to spoil your fun guys

Following the news of escapes of migrants from Campsfield on Saturday, solidarity demonstrations were called at Lindholme (near Doncaster), Campsfield itself and Communications House in London (

https://www.indymedia.org.uk/en/2007/08/377654.html). At 11:30 yesterday (Tuesday 7th) 10 people from the surrounding area converged outside the immigration centre at Lindholme for a demonstration lasting until afternoon visiting (1:45). We displayed banners, chanted messages of solidarity, and did a little tour of the site. South Yorkshire police responded nervously and with large numbers. Doncaster's chief inspector imposed a Section 14 on the demonstration disallowing us from doing a full tour of the periphery. The reason? Given the events at Campsfield they didn't want it spreading any further. Oh yes, and the locals will be annoyed with your chanting, or something. We were also not allowed to go onto the main road with our banners for safety reasons. It seems that it's unsafe for drivers to be peering at banners as they go past, but perfectly reasonable to allow suicide attempts and self-harm continue at epidemic rates in Britain's migrant detention centres. The priorities of the state are clear. In addition an "evidence gathering" team of officers 2416 and 2534 were there to stick cameras in our faces. At one point the police thought it necessary to have two cops on bikes and four in cars to watch me... eat my lunch! In spite of the best efforts of the police to "facilitate" our protest, the demonstration was a good way to make links with other concerned people and spread our message of solidarity to the detainees with whom we were in contact throughout the day.