Mansour Osanloo, chair of the bus driver's union in Tehran, was abducted by the Iranian authorities and is now incarcerated in Evin Prison, Tehran. Mansour was snatched from a bus on July 10th and the order to arrest him is thought to have come from Revolutionary Court Judge Saeed Mortazavi. The International Transport Workers' Federation (ITF) has vowed to secure Mansour's release.

Mahmoud Salehi, a leader of an independent bakers union in Iran's Kurdistan province, was arrested in the city of Saquez along with 6 other union activists and is now in prison. His life is in grave danger because the authorities will not allow him to receive medical assistance. Mahood suffers from chronic kidney disease, and his health is failing rapidly. He has only one functioning kidney and requires dialysis to prevent the other from shutting down. Without treatment, he will die.

There is a demonstration in front of the Iranian embassy in London on Thursday 9th August at 12:00-3:00 pm. 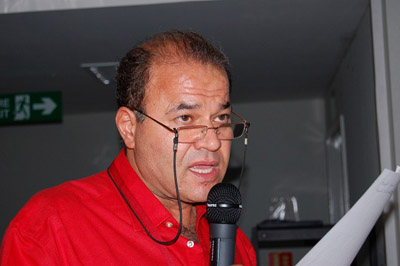 The International Transport Workers' Federation has received many messages of solidarity from unions in the region: