Stand off after police incursion at climate camp, tuesday evening.

At around 7.30 a group of around 20 police tried to march through the camp but were met with a very large and vocal group of climate campers determined not to let them go any further. After a brief scuffle police retreated and a standoff developed that lasted around half an hour, eventually dissipated by driving rain. 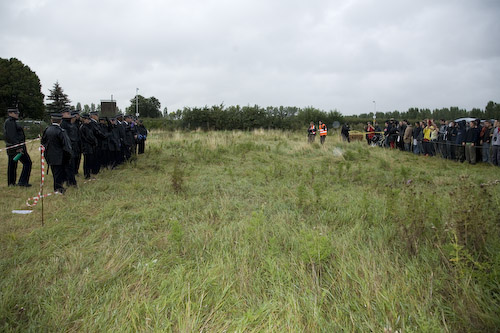 Woman superglues herself to gates to prevent TSG reinforcements 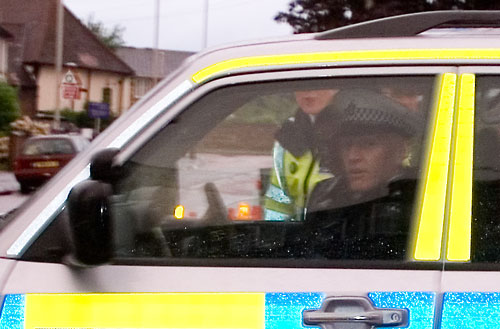 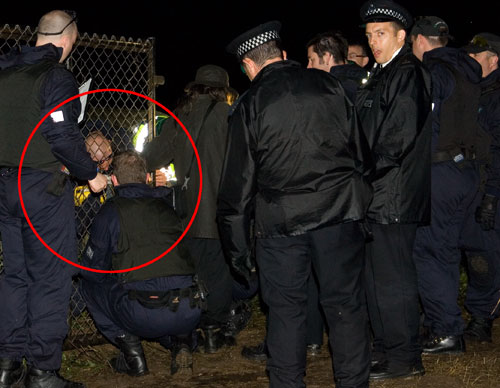 Penny's glued to the gates 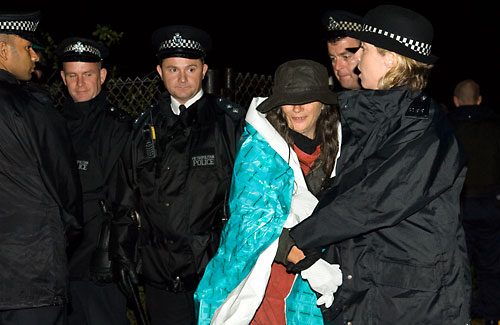 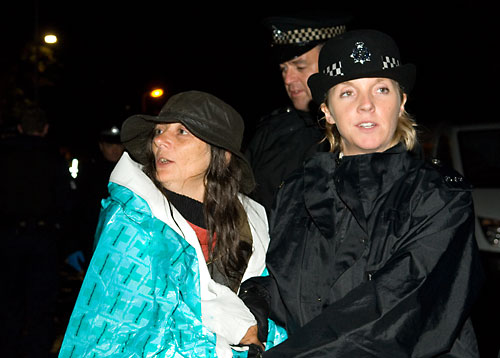 Whilst the stand off was taking place re-inforcements in the shape of the Tactical Support Group - popularly known as the riot police - were brought it to "restore order".

Penny - formerly Camp police liason officer until she resigned yesterday in disgust at their attitide - decided to do some real police liason and superglued herself to the gates to prevent their entry.

Sipson Lane - the only access to the site - was sealed off under some C19th century statute under the orders of the C21st Sir Ian Blair. Nobody was allowed to even walk towards the camp.

But at 20.25 a police car sped out of the Sipson village end containing some police Top Brass - unconfirmed as Gold Command - after allegedly sounding off about the FIT unauthorised raid.

Shortly afterwards we were allowed to walk towards the camp, where we found Penny still glued to the gates. At 21.13 police announced she was free - and then bundled her into a van and took her away.