Some photos taken from the street art, graffiti and stencil work around the centre of Oaxaca city. 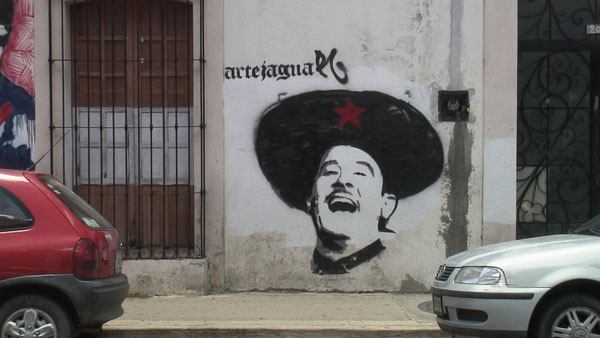 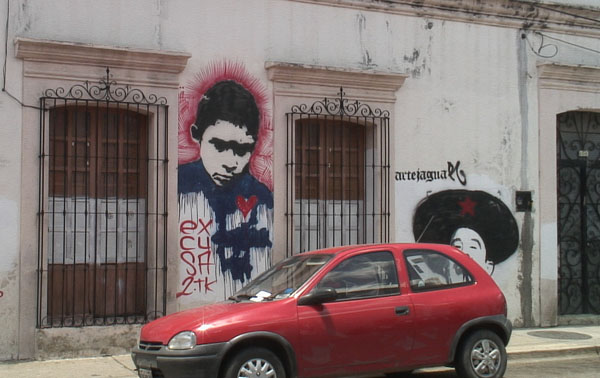 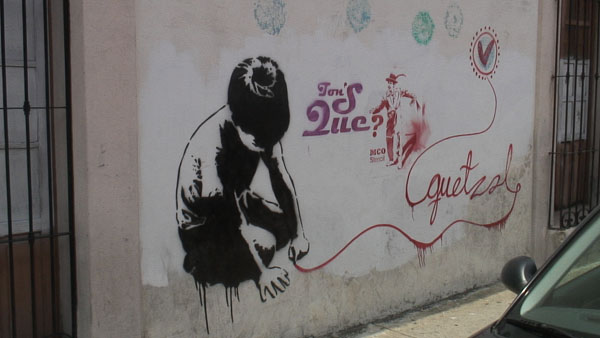 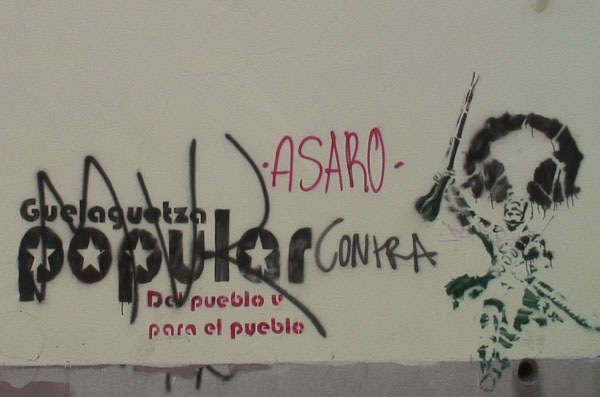 Again the Mexican street artists never cease to amaze me.

These four shots were taken near the indigenous museum, just north of the Zocalo.

As we witnessed much of the political graffiti was painted over before just before the state election, and a tug-of-war battle started between the street artists and the authorities.

Every time a new piece of work was sprayed the authorities attempted to cover it over, only for another piece, tag, or APPO stamp to appear in the next street.

This daily battle reflected the conflict itself. As the authorities try to stamp out the people's movement - only today the arrest warrants were issued on ten APPO members accused of instigating violence on 16 July 2007 - then APPO reappear somewhere else, either in peaceful protest or simply in the Zocalo, in full view of state and federal forces, selling DVDs of the uprising to tourists to take back to their countries.