Eye in the sky surveillance at climate camp

Thurs 16th - a police helicopter drones overhead circling the camp while since the morning a large crane / cherry picker has had cctv cameras mounted on it and hoisted high over the camp. 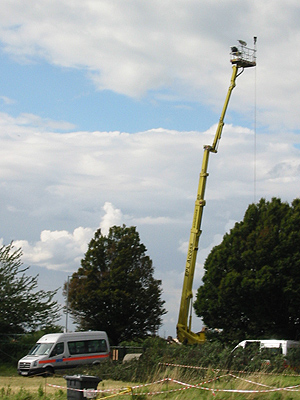 There's and ear up there too (rifle microphone)

In the middle if you look there's also a rifle microphone eavesdropping inside the camp.

I and probably others would be interested to see in detail exactly what is up that platform. Me thinks the camera may be able to zoom in on the tiniest detail and if it is a shotgun mic, then we should be careful what we say. Careless talk costs lives etc.

Those inside the camp should ask the police for any photographs and recordings of themselves after the camp, under the Data Protection Act.

Get a damned good closeup shot

We've never seen one of these freemasonic wastes of taxpayers' money before - my God - the totalitarian technology they dream up in those all expences paid seminars - or is it just the chief constables' wet dreams?

Well they need a terrorist in every corner to justify their pay and very existence.

Such a shame that it will all end in tears.

maybe i could help...

ive got a 70-300mm lens and although im not in the camp right now i might be over tomorow. if not satarday, although that may be too late. depending how close we can get i should be able to get a pritty decent image of the cab at the top.

somone with a camera... 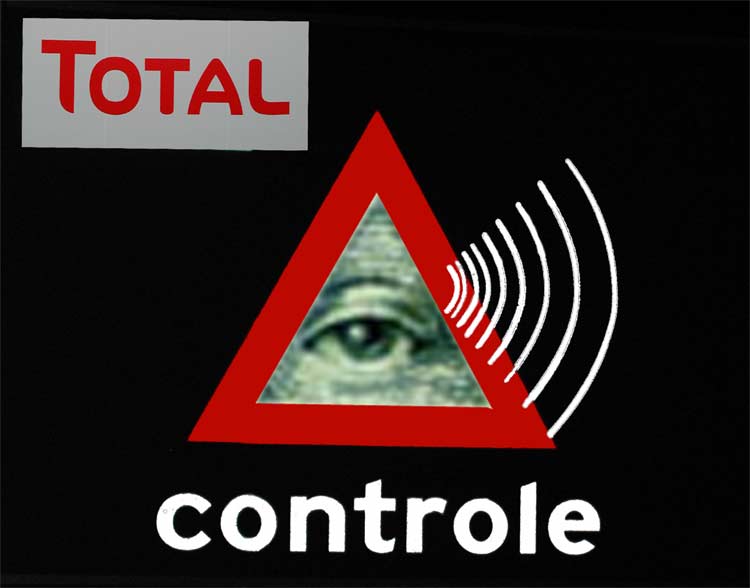 Seems that the Police Operation to contain the Climate camp is a total balls up.
The Grand master has fucked big time or was it a ploy, why where no riot shields / batons
despite the cops having a hard time no reinforcements were called up.
They also forced a load of people to demonstrate outside the airport and injunction,
bit strange lucky that the corporate media "missed" that one.
This spy camera photo is well good, there's a lot of good stuff coming out of he camp and the surrounding
area. Give it a good tonking take a few close ups from slightly different zoom settings and
slighty different angle, get 'em up on IMC, half a dozen of those and you got a nice animation for a film, bosch
it on You Tube and big up the Climate Camp !!!

what a load of nutter comments! Erm - I think their technology can deal with the odd fire or bit of singing!! You could get your images from the police if you wanted to confirm your identity to them and give them your address etc!!!

Hi
I'm researching a possible documentary about surveillance in Britain and its effect on human rights. I'm collecting stories from people who have been personally and negatively affected by surveillance. This sort of surveillance at the climate camp is becoming more common (they had remote controlled flying cameras at the V Festival!). I would really appreciate anyone getting in contact with me and telling me more about their experiences of this or any other type of surveillance. Anonymity is fine.
Many thanks, Maxx