The Cuban Five: Mission against Terror and Hypocrisy

The allegation of «Conspiracy to gather and to transmit information on National Defense» is the technical charge, according to US criminal law (18USC & 794), commonly called «Conspiracy to commit espionage». It is without doubt the central topic of the legal process against five Cuban prisoners wrongly held in the United States... 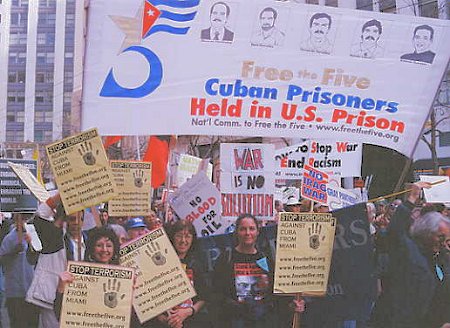 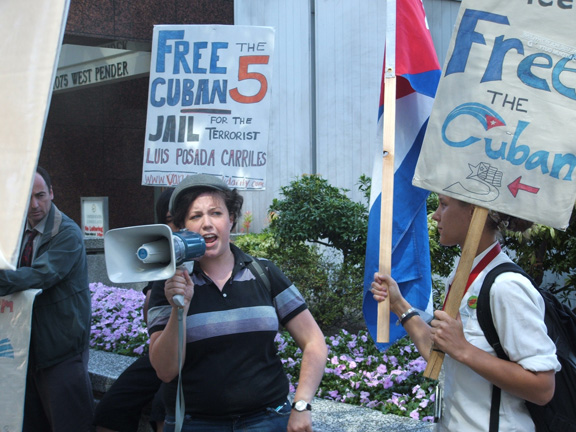 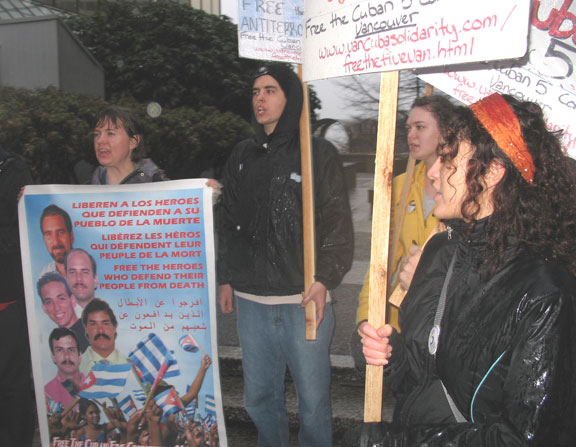 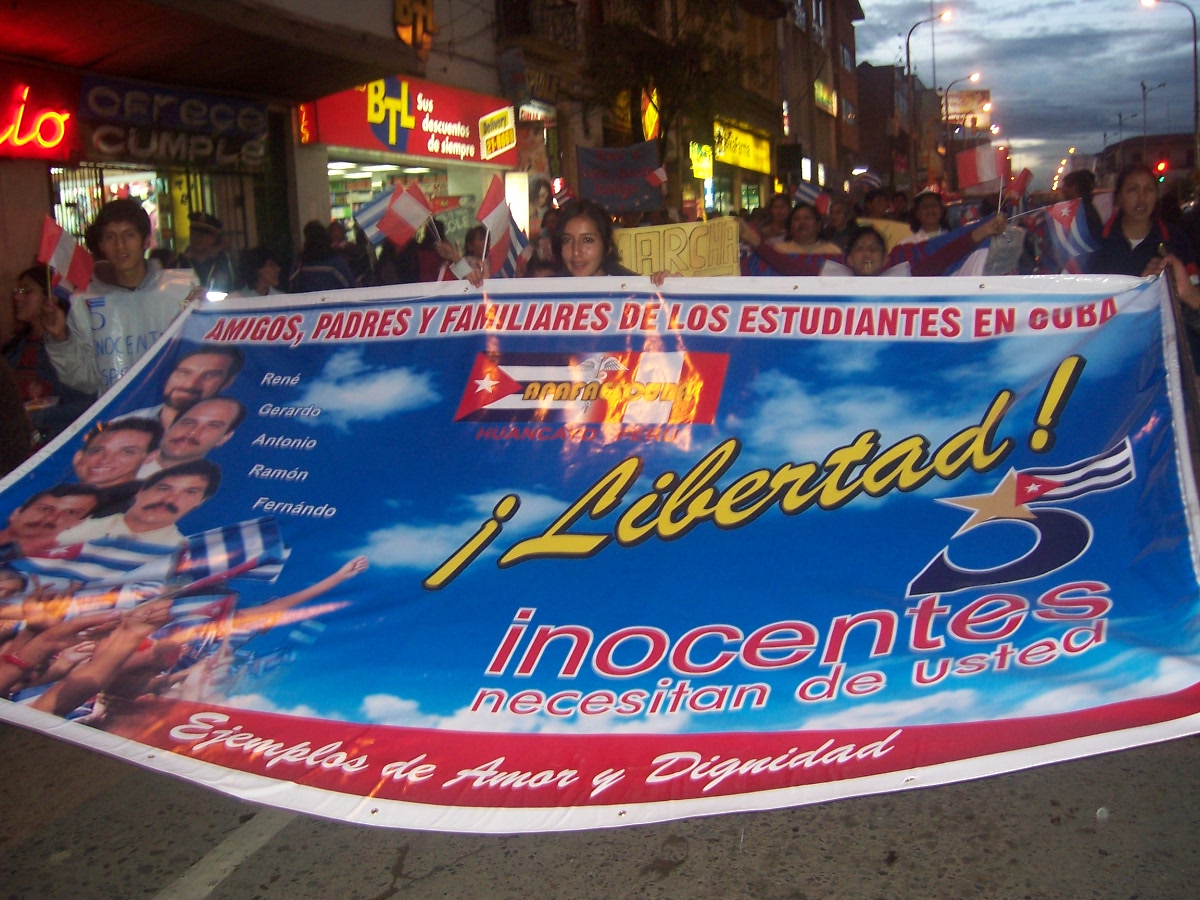 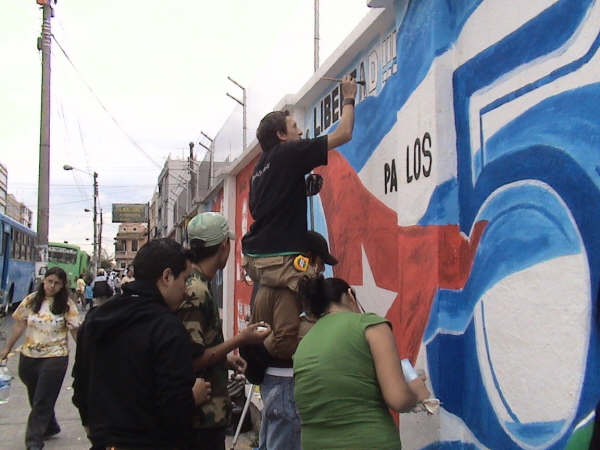 The Cuban Five: Mission against Terror and Hypocrisy

A View from Atlanta: Deconstructing the Illusion of «Espionage»


The allegation of «Conspiracy to gather and to transmit information on National Defense» is the technical charge, according to US criminal law (18USC & 794), commonly called «Conspiracy to commit espionage». It is without doubt the central topic of the legal process against five Cuban prisoners wrongly held in the United States. One should recall that the Miami press once called theirs «the spy trial,»a description that used on other occasions in El Nuevo Herald during the trial itself.
For that crime, three of the men were each unjustly sentenced to life imprisonment. What is necessary is to rebut those accusations, to demonstrate the lack of evidence about the charges and reveal the innocence of the accused. This will be central task of the defense lawyers this coming August 20 before the three-judge panel in charge of hearing appeals presented to the Eleventh Circuit of Appeals in Atlanta.
This issue triggers discussion when one raises the case of the Five before any audience. The accusation of «espionage»(generically speaking) it tends to create concern by anyone who hears that dark and menacing description. Nonetheless, where the true conspiracy against the Five existed was on the part of the government of the United States, which crafted a macabre plan to discredit the accused and to present them as dangerous criminals, as enemies of the American people.
When unable to try the men for espionage, they accused them of «conspiring»to commit it, something ethereal, subjective. The presumption of innocence was reversed, since what was alleged by the prosecution was that «they had the intention of appropriating»supposedly «classified information»that never appeared, that has not been seen, that was not presented – nor could be it, which was never the intention. But that name is there in the charges, in the atmosphere that was created by the prosecution in the trial, and that they conveyed to the jury. The result: three sentences for life imprisonment.
One time I gave information on the unjust process to a German lawyer. He later spoke with me for several hours about how the crime of espionage is completely differs from what was carried out by the Five. The accusation was manipulated and tendentious, and what was even worse was the information given out by the press in Miami. The experienced and recognized lawyer, a progressive, previously did not have the correct information, yet since then he has never taken his eye off the case. Moreover, he continues to contribute his abilities to the just cause.
What is important is to explain what the Five were doing in United States and why. I remember that at the beginning this was a topic on the Cuban news/commentary program «the Round Table.»I was coming home one night after the program and ran into an old friend — a neighbor, a revolutionary above any suspicion. He yelled at me from saying, «Very well, professor, very well.»– yet immediately he came closer and whispered to me about the trial. «But they are spies,»he said. I couldn’t believe it, I froze! If that old revolutionary believed that the Five were spies what would others think? I invited him to come into the house and I explained to him:
«There are not spies without espionage. Espionage is a crime, and like all crimes it has to be «codified»in criminal law, that is to say described in the penal code as constituting an illegal action and therefore punishable.
The crime of espionage, according to American federal law itself, consists of appropriating, gathering and transmitting information pertaining to National Defense – information that is classified and protected by the State and would cause damage to United States if known by non-authorized parties.
What does that have to do that with the actions of the Five, with monitoring terrorist organizations and groups? Were there any classified documents protected by the State or relating to National Defense? This question was asked during the trial to US Army General Edgard Atkenson, the former head of the Office of Intelligence and an instructor at the Intelligence School of the Defense Department. He responded with a categorical «No.» They were not «spying.”
With this information, my neighbor ended up convinced that night, as convinced the three judges from Atlanta will end up.
If there is justice in Atlanta, this will end the dirty game of allegations of «spies»that has kept the five men in jail for nine years, despite the fact that known anti-Cuba terrorists Luis Posada Carriles «peacefully»walks the streets of Miami.
Justice cannot permit a similar infamy.


A Sun That Will Never Burn Out


The National Committee to Free the Cuban Five

As their ninth year of imprisonment nears completion, the Cuban Five will have their latest appeals heard in oral arguments on August 20, 2007.
The Cuban Five, Gerardo Hernández, Ramón Labañino, Antonio Guerrero, Fernando González and René González, were arrested Sept. 12, 1998, and unjustly convicted before a Miami jury in June 2001, of espionage-conspiracy and related charges. As the Five showed in their 7-month trial, they were only in the U.S. to monitor terrorist groups and prevent terrorist attacks on Cuba.
In recent weeks, their case has received major international media attention, with coverage by The New York Times, BBC, and Reuters. For the first time, one of the Five, Gerardo Hernández, was interviewed live, on BBC.


Jurists and others from around the world will be in Atlanta to observe the hearing. Among the countries represented will be Chile, Brazil, Italy, Germany, Ecuador, England, Canada, Belgium and the United States.
Among those attending the hearing are: Ramsey Clark, former U.S. Attorney General; and Cynthia McKinney, former U.S. Congressperson; Juan Guzmán, Chilean judge who led the prosecution of dictator Augusto Pinochet; Dr. Norman Paech, human rights attorney and member of the German parliament, and many others.


Press Conference immediately after the hearing, approximately 4:30 pm, at
127 Peachtree St. N.E., lower level (two blocks from the court)
The appeals attorneys and jurists will speak at the press conference. To arrange interviews beforehand, contact the National Committee to Free the Cuban Five.

A third judge, William Pryor, has been added to the panel. Pryor has served on the 11th Circuit bench since his appointment by President Bush in 2003. There will now be three judges to hear the arguments. The other two judges, who decided unanimously for a new trial and overturning of the Five's convictions in 2005 (in the original 3-judge appeals panel) are: Stanley Birch and Phyllis Kravitch.


About the National Committee To Free The Cuban Five...

The National Committee to Free the Cuban Five, formed in June 2001 after the Five's unjust conviction, works to create public support for the freedom of the Cuban Five. It has collected over 100,000 petition signatures demanding that Pres. Bush free the Five anti-terrorists; published a full-page ad in the New York Times (Mar. 2004) and sponsored numerous public forums. The committee organized a national demonstration in front of the White House last Sept. 23, 2006.

http://www.bbc.co.uk/worldservice/ondemand/rams/nh27166____2007.ram BBC interview with Gerardo Hernández, one of the Cuban Five. Or read it at the site of: