Early this morning, 4 people made their way to Heathrow Airport to support a picket of drivers and warehouse workers at the cargo handler Nippon Express. The staff at the company walked out two days ago after the company once again refused to settle a pay and shifts dispute. 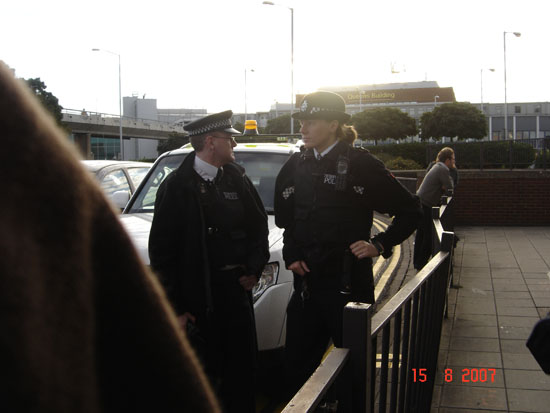 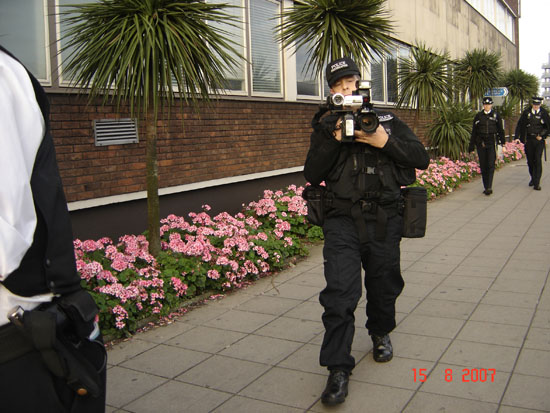 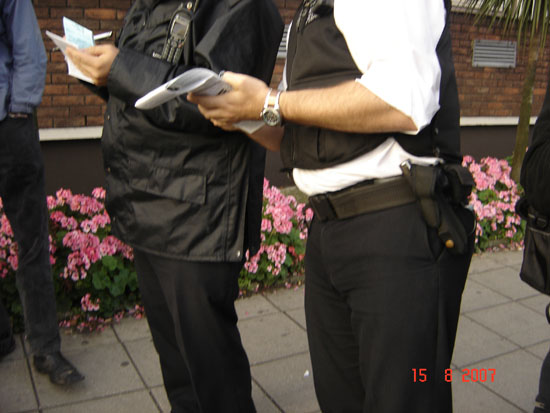 When walking towards terminal 2, where the picket was taking place, a couple of police officers stopped the group and told them they were being 'detained' and searched under section 44 of the Terrorism Act 2000. According to the police this was because the people were 'on BAA property'. The grounds for initially stopping the group were that they 'matched the profiles of protesters at the climate camp' who were to 'cause possible disorder on BAA property'.

Another 9 officers and one of the FIT team joined shortly. A student journalist who identified himself and was taking photos was told that 'under the terrorism act you have to give us your camera'. Reluctant to hand over the camera, the photographer was then grabbed by 4 officers and forced to hand it over.

The police proceeded to delete images off the camera, before handing it back. They later denied all knowledge of this. Another one of the group refused to give his details while being searched under Section 44 and was arrested. He has been taken to West Draton police station.