Today we witness the loss of Democracy 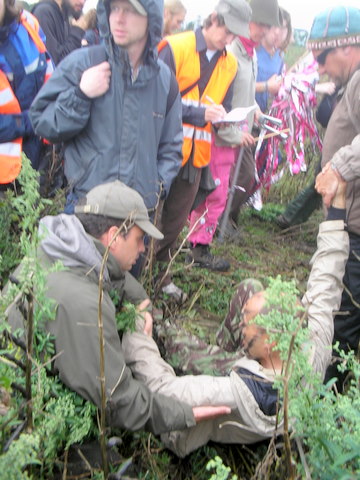 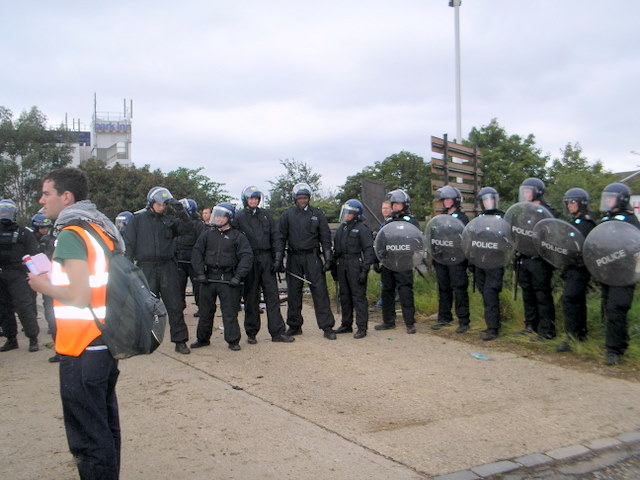 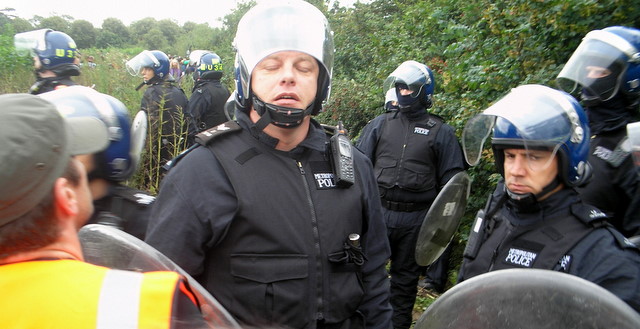 Today a rag tag bunch of people armed with placards and concern for the planet dared to walk to the empty BAA offices for what is in fact a token protest. No passengers were inconvenienced, no terrorist targets were being threated. The only thing being challenged was the appalling case for expanding Britans airports against the overwhelming scientific evidence. The reaction of the police has been a violent challenge which would be worthy of the worst police states as dozens of riot vans descended on the protesters, which ranged from mothers with young children to old age pensioners.

This happens at a time when our inner cities are becoming riddled with crime and a new stabbing is reported almost daily. It is not an exaggeration to say that our police force appears to have become a private army for the corporations such as BAA as they continue to ignore the evidence on climate change and pursue short term profits.

The governments cynical position on claiming that global warming is a concern whilst simultaneously expanding airports and denying the public any say in the decision leaves direct action as the only action. The police's over reaction today is a serious warning for future liberties.