The kettle behind the BAA blockade

A wholly peaceful group arrived behind BAA's headquarters around 3.30 this afternoon. Despite the fact that the contingent was largely composed of the CIRCA clowns, police responded in their usual way by sending in the riot squad. 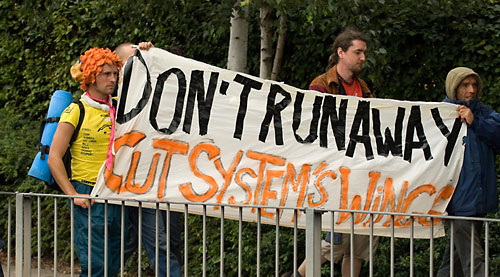 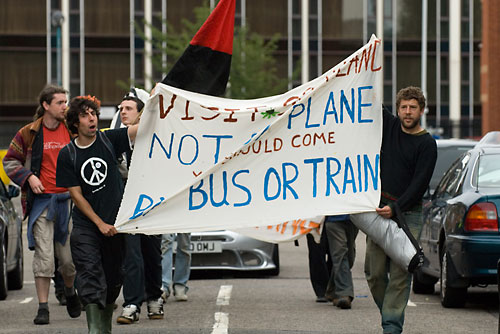 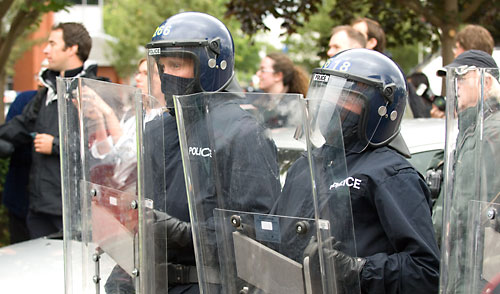 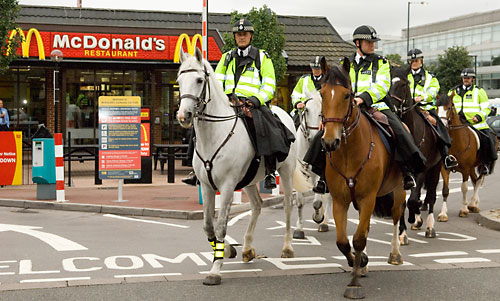 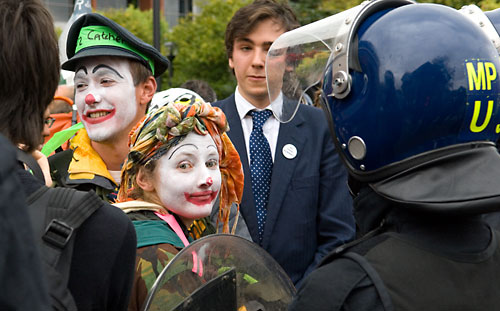 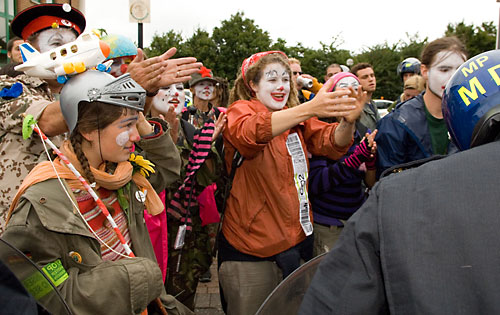 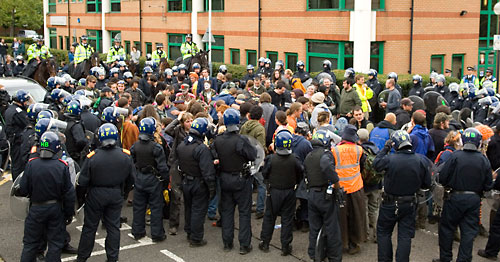 Groups arrived carrying banners such as "Don't runaway - cut the system's wings" and "Visit Scotland - but don't come by plane". Within minutes the atmosphere was deafened by sirens, and the adjacent McDonalds got its own police cavalry for protection.

Clowns tried to defuse the tension in their unique and familiar way but were rebuffed by over aggressive riot cops, who felt the need to manhandle them and push them roughly back into their newly created pen.

The crown numbered maybe forty, the police presence was in the hundreds.