When the group left from the rear of the camp, at first mounted police tried to ride into people but soon backed off and allowed them to stream across the field. As the people approched the opposite side of the field there were many vans of riot police arriving in adjacent streets and deploying to meet the protestors. There were even van loads of police getting changed into their riot gear on the M4 motorway before scrambling up the bank. As protestors moved along the fence or tried to climb out of the field the police attacked them with batons and shields. I saw several hit, punched, repeatedly thrown to the ground, pushed into ditches, and sworn at. Over the next 15 minutes more and more riot police kept arriving (something like 100), many running into the field following mounted police that had galloped into a gap in the fence. Police prevented media from entering the field and a high hedge prevented them filming the scenes in the field. 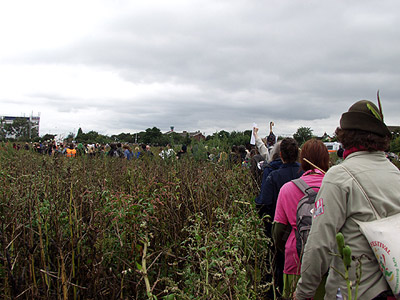 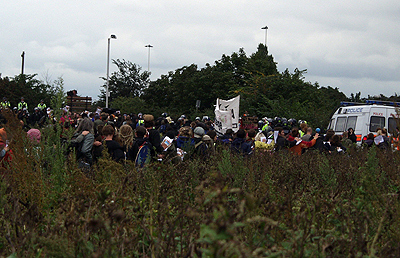 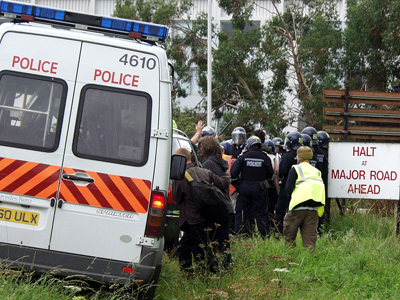 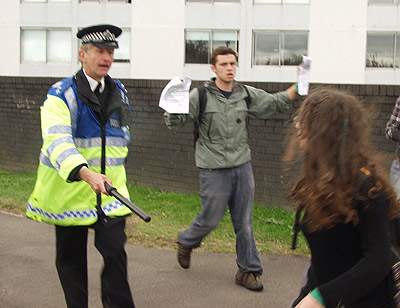 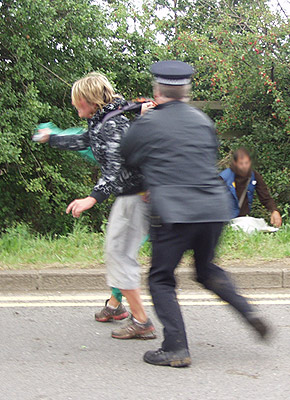 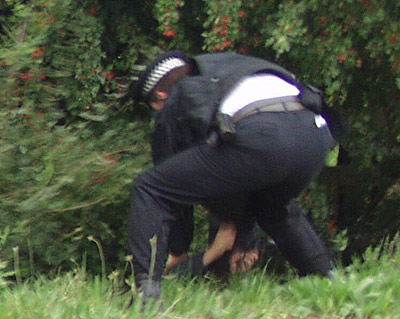 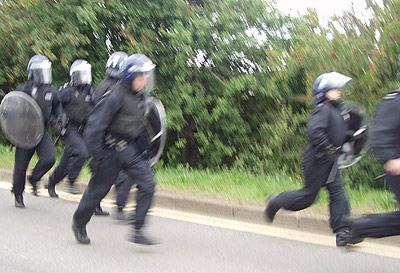 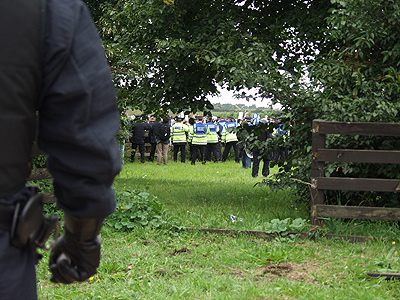 The police officers were clearly hyped up after days of sitting around waiting for this demonstration. They lashed out against peaceful demonstrators without cause or provocation. Many protestors managed to keep skirting the field trying to get away from the chasing riot police, althouth two groups got surrounded and detained for several hours. Many managed to get over to the BAA building for the demonstration there.