Shortly after 8pm, an adhoc affinity group, formed at the Camp for Climate Action, walked up the perimeter road on the east side of Heathrow. Using metal tubes, eight of them formed a ring and locked on by their arms and blockaded the vehicle entrance to the British Airways World Cargo Perishables. 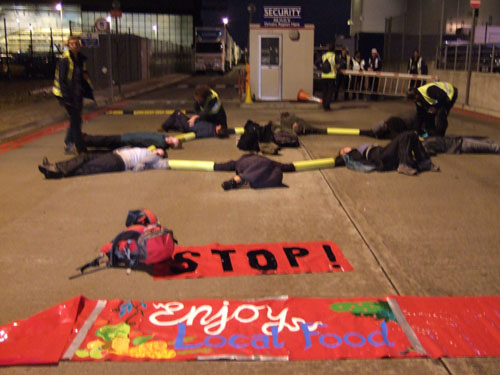 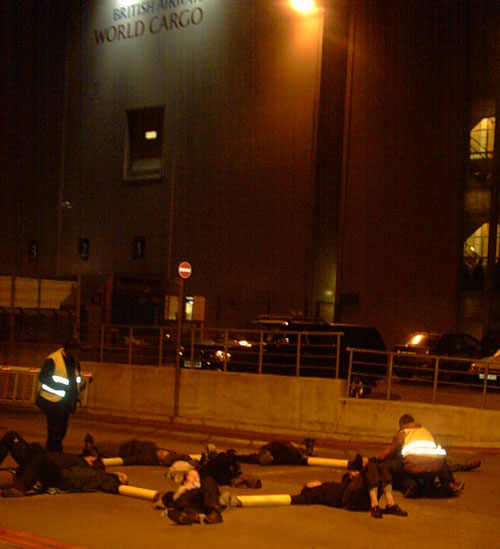 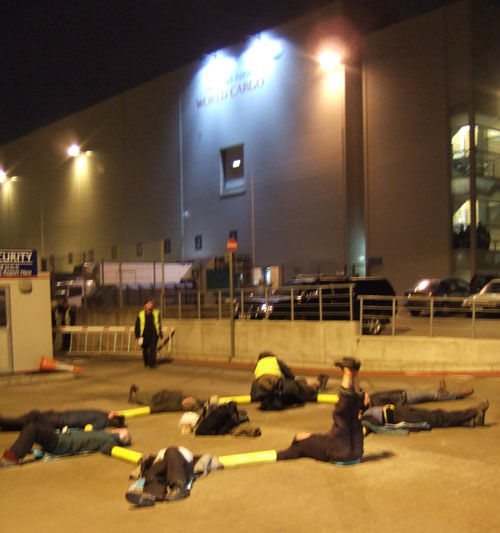 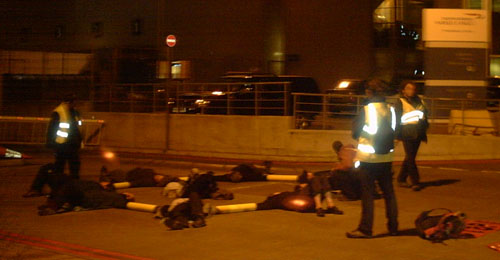 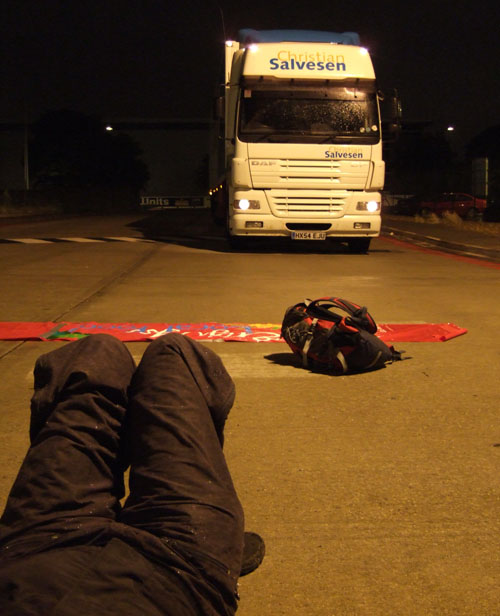 Police took ages to locate the blockade despite the target being publicly known as one of the Climate Camps 'plan B' targets. When their arrived, they arrived in force having reployed from the occupation of the BAA HQ car park. Over 20 vans finally turned up with senior polices including silver command. They also appeared to be having difficulty locating the specialist team responsible for cutting people out of lock ons.

The seven people doing support were threatened with arrest and having knowingly breached the Heathrow Bylaws they decided to leave after a quick discussion with those in the lock on. The supporters are now back at the camp and as we write there is no indication that those in the lock on have yet been cut out and taken to a police station.

BA World Cargo Perishables was targeted highlight the unsustainable and increasing transportation of perishable produce by air including both flowers and food.