Climate campers from the Yorshire neighbourhood today occupied the offices of venture capitalists Bridgepoint , new owners and would be expanders of Leeds/Bradford airport. 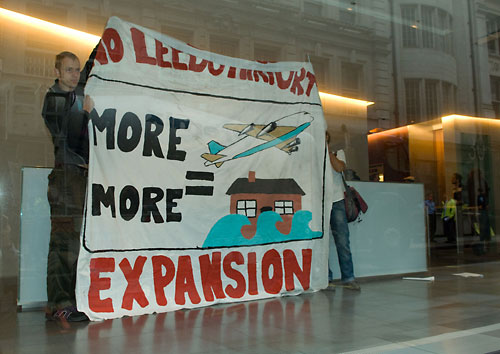 Banners are unfurled for the benefit of passers by 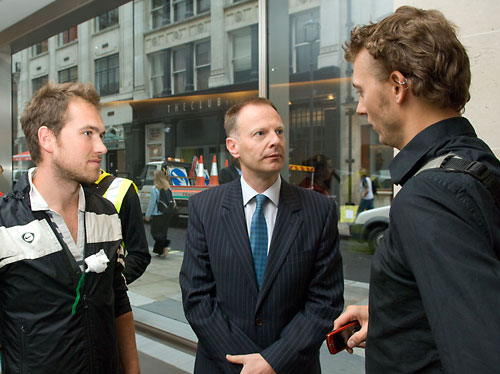 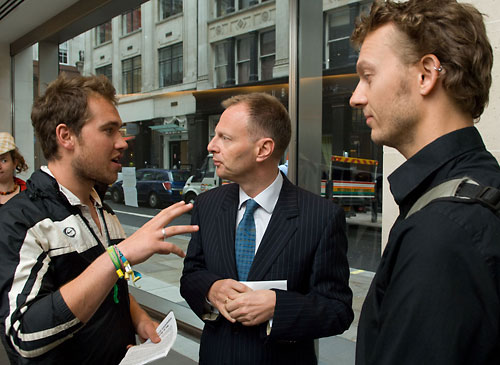 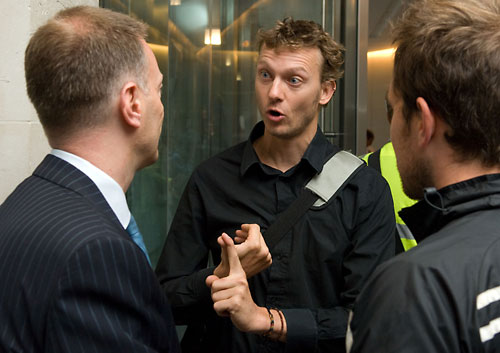 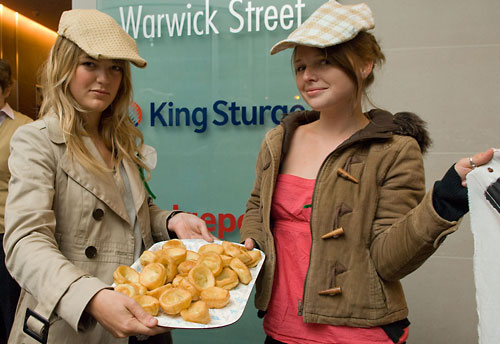 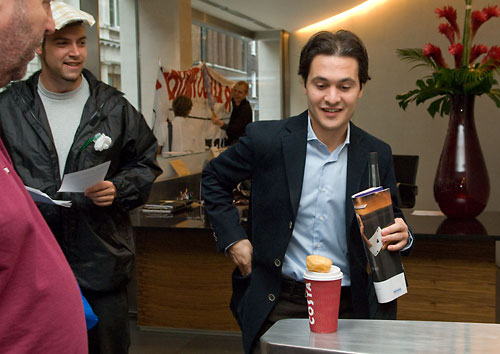 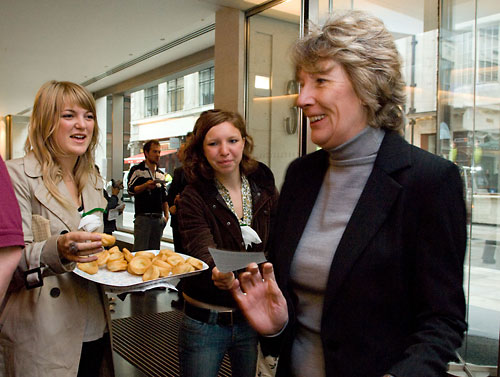 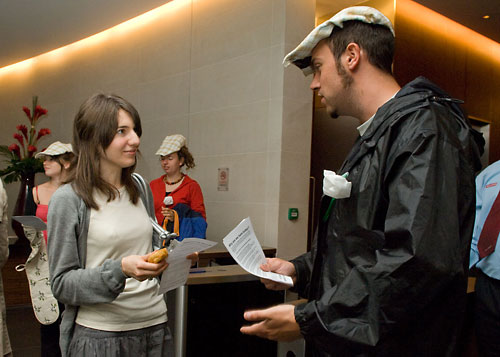 Staff had the occupation explained to them 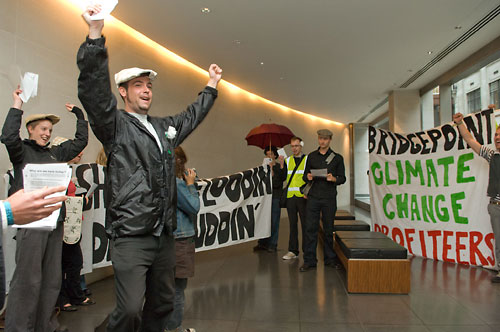 The declaration was read out 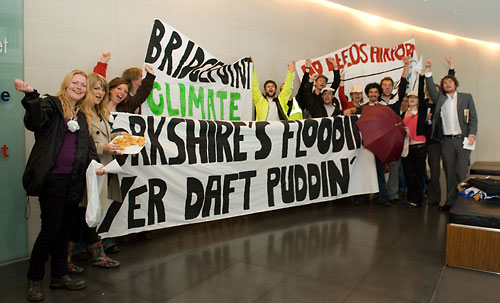 and a snap taken for posterity.

Just before 9am this morning they entered the premises in Warwick Street, just around the corner from London's Piccadilly Circus. Three banners were unfurled in the windows, the outside of which were liberally covered with flyers explaining the occupation.

After a short scuffle with security Bridgepoint director James Murray agreed to come to the reception to hear the protesters demands - it was made clear that this was the start of a long and sustainable campaign against the airport.

Workers arriving for the day were offered Yorkshire puddings and engaged in conversation, explaining the science of climate change and reasoning why Leeds airport - and all the others - shouldn't be expanded.

Finally a declaration from the people of Yorkshire was read out, a souvenir snap was taken and people peacefully left the building.

To his credit, director Murray took his pudding upstairs with him.