As the 24hrs of action in support for the Climate Camp continues activists have blockaded climate criminals British Petroleum. The blockaders have super-glued themselves to the interior and entrances of BP’s central London head-quarters to draw links between the petroleum industry, aviation, and climate change. 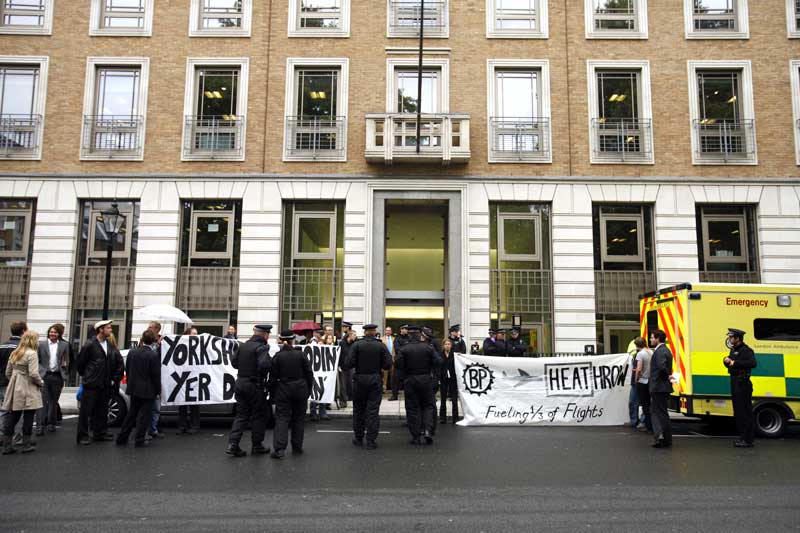 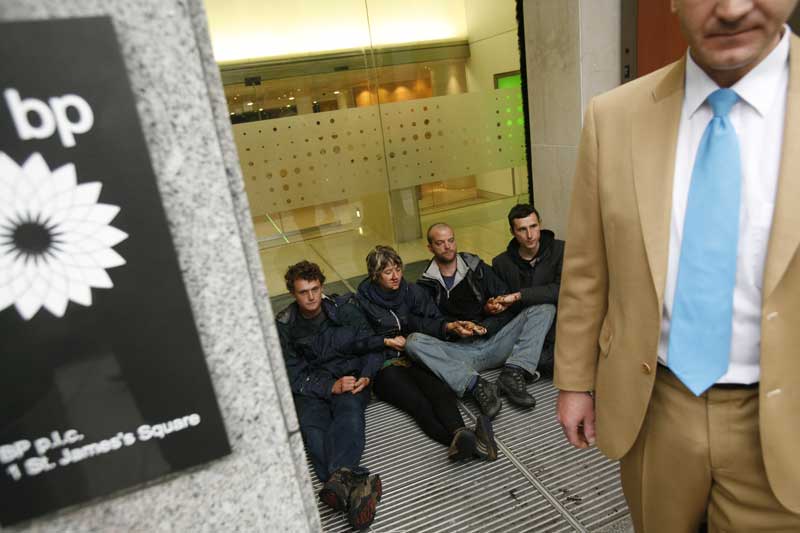 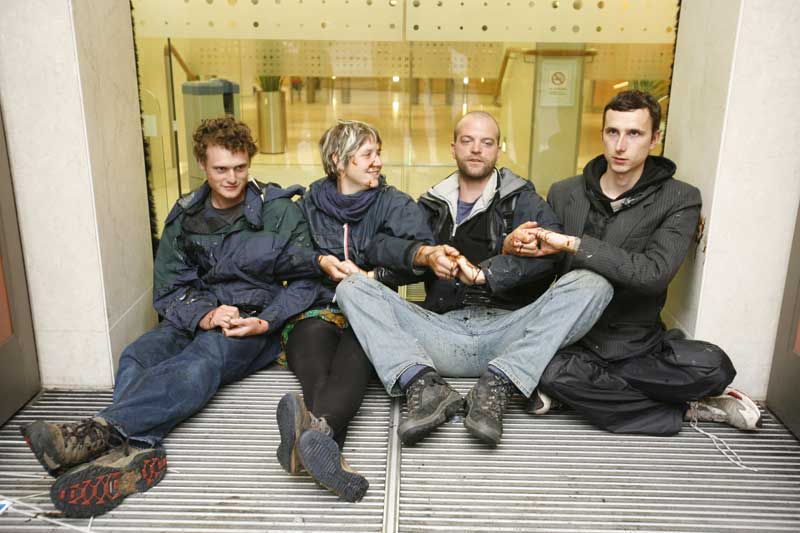 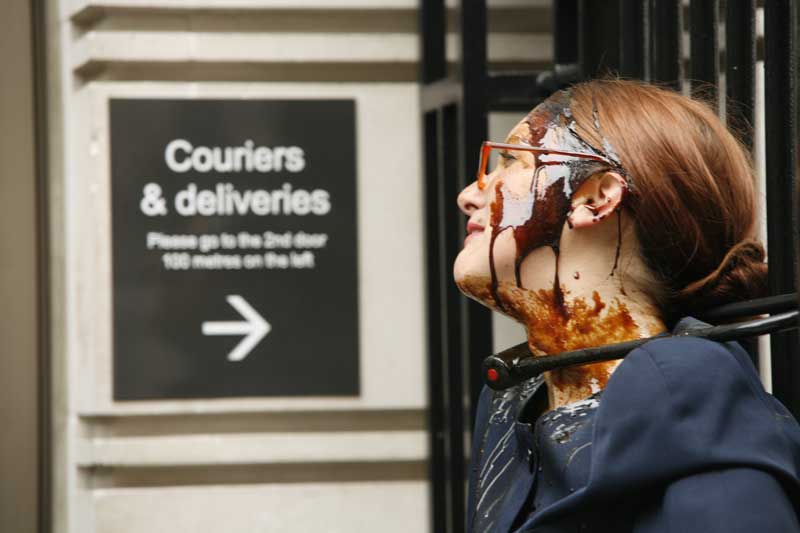 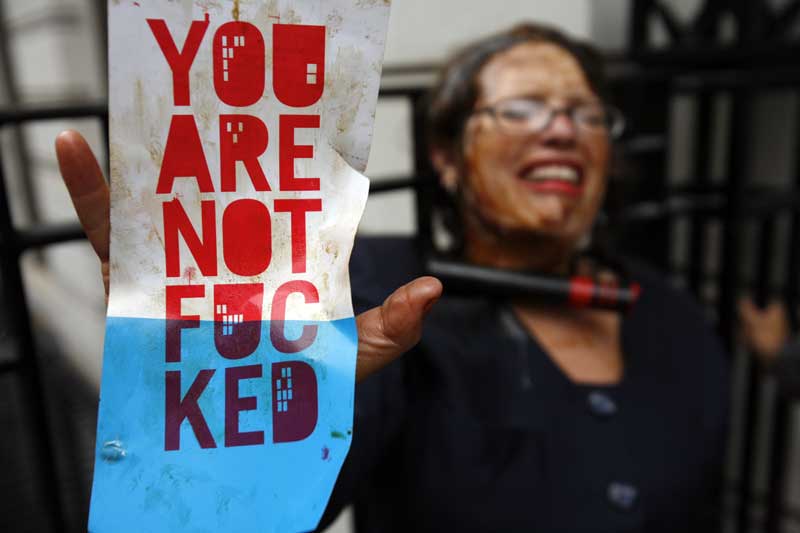 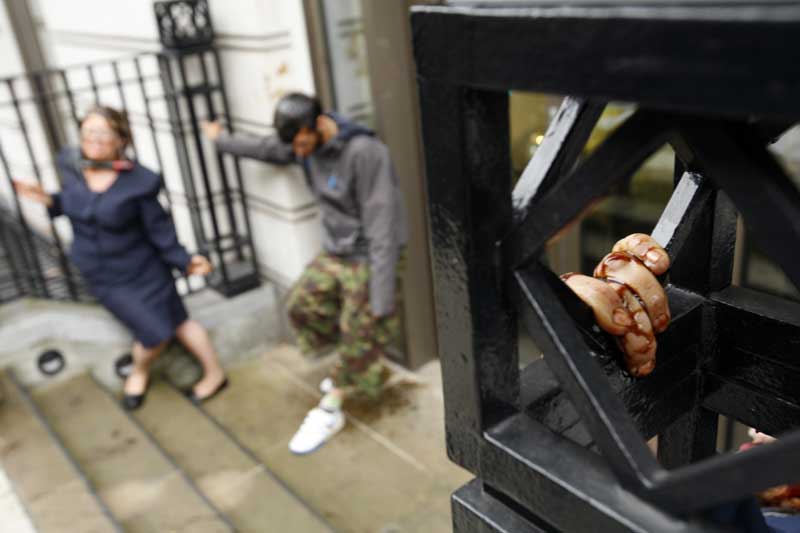 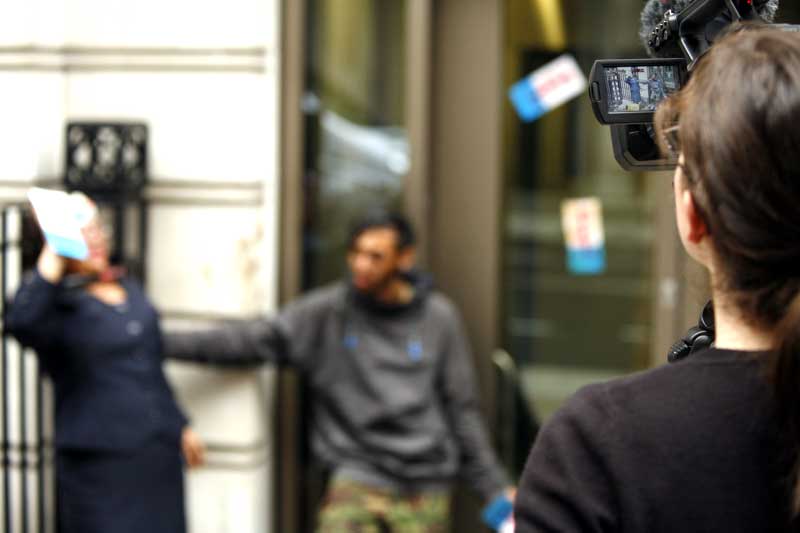 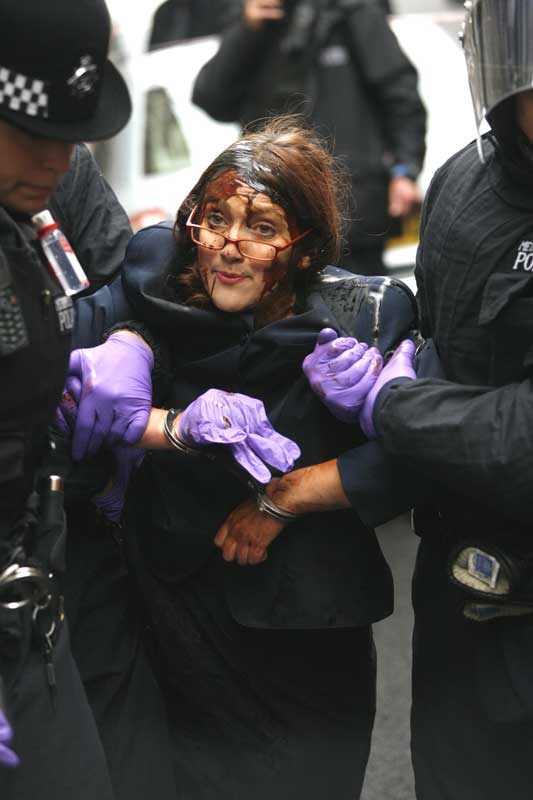 As the 24hrs of action in support for the Climate Camp continues activists have blockaded climate criminals British Petroleum. The blockaders have super-glued themselves to the interior and entrances of BP’s central London head-quarters to draw links between the petroleum industry, aviation, and climate change.

BP claims that it addresses environmental concerns whilst being guilty for supplying 1/3 of Heathrow airport’s fuel and emitting double the UK’s global carbon emissions. A spokesperson for the group, Stanley Owen explained in response “We cannot sustain a system of infinite growth in a finite planet.”

BP and Heathrow are responsible for creating a ‘direct carbon burning system’ taking crude oil from deep below the earth and releasing it high in the sky. With it’s 31 millions tons of CO2 emissions per year, Heathrow has been nominated the biggest bon fire in the world as it attempts to get it’s third runway cleared.

This direct action is getting in the way of BP’s ‘Business as usual’ and is part of the Climate Camp’s 24 hours of Mass Action and will cost the corporation millions.

cnb@37.com
BP Headquarters can be found at 1 Saint James Square, SW1, London
For more details on the Climate Camp for Action please visit our website –

Your direct action is inspiring

and very effective. Makes me want to get off my ass and do something.
Awesome you are.

Get to the root - target the banks.

Infinite growth is guaranteed in order to service the repayment of compound interest.

Islamic banking principles can be established and should provide the cornerstone of green economics.

wish I was there!

Wish I could have been with you in this time of action and look forward to coalescing autonomous actions across this country and planet in a swarm like fashion in the future.