Climate camp photos from the saddle

Some pictures of the day of action from one of the cycle crew. 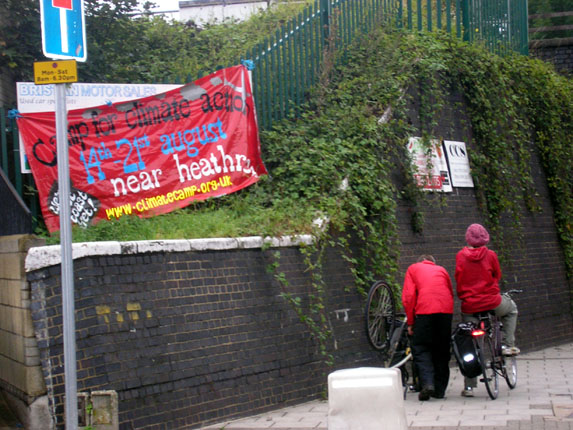 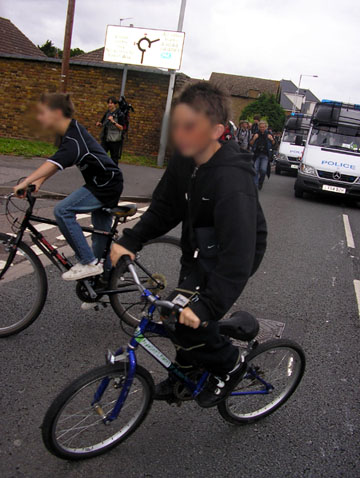 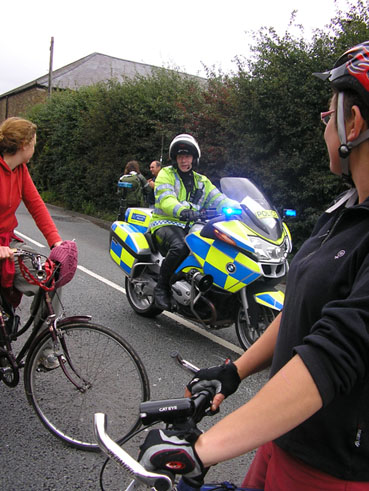 Ours are better than yours... waiting at Harmonsworth 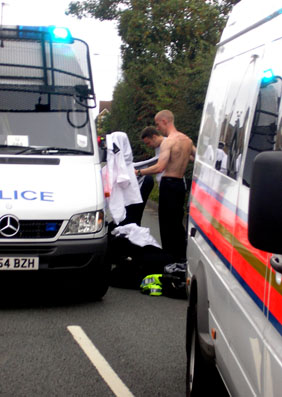 Getting on the kevlar for the pushchairs 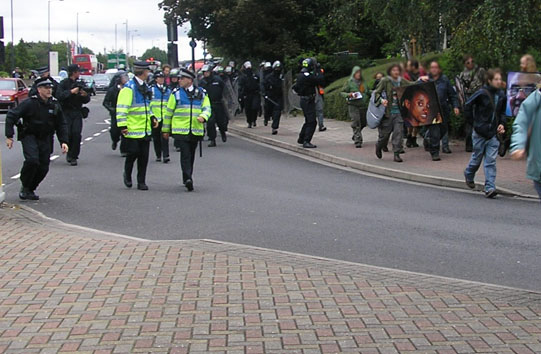 Lairyness on the aproach to BAA 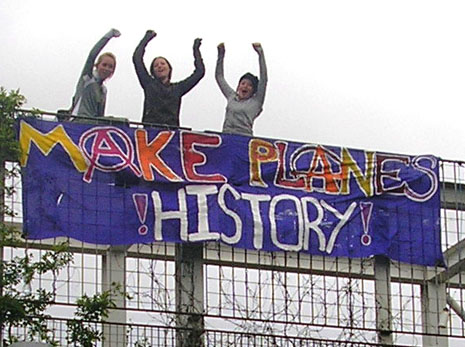 The magnificent banner hang opposite BAA 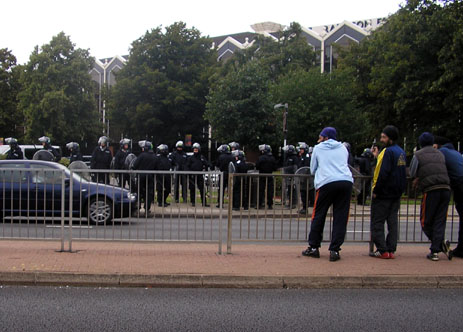 Society of the spectacle all round 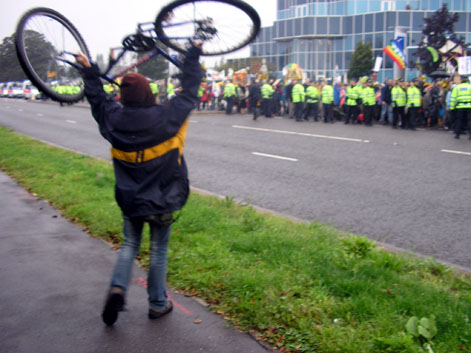 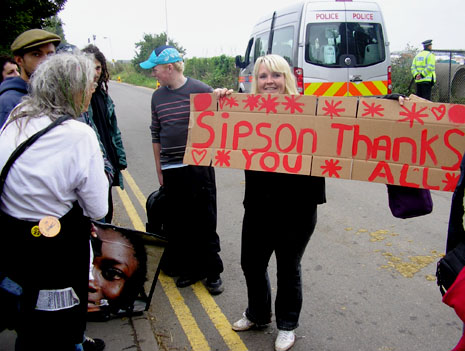 Made us smile even more on Tuesday. Thanks recipricated

These are only really representative of the times when I was either idle enough or nervous enough to get my camera out, and so of course I've missed some of the best bits. The cop photos are particularly dull and predictable, but it was very surreal. Particularly the moment when 3 police vans pulled up in a suburban street to create a changing room for cops. They suddenly felt the need to put on riot gear half way through the family and locals march - maybe one of the kids stuck their tongue out at them.

On the Bath road as people were approaching BAA it got even weirder. Riot cops and police horses chased down protesters on pavements that were also being used by suited staff, shivering newly returned travellers pulling suitcases, and local residents off to catch buses. The photo of the bemused Sikhs with their phones out is a good example of their reactions. Both the riot cops and their watchers were looking up the road to where a giant set of wings was flying between police vans. They belonged to the cyclist with the amazing puppet like attachments to his bike. Even in small groups we got little hassle as riders and the police made few attempts to contain us.