it is a terrible irony that the great freedom-fighting icon of the 20th century has his statue placed in parliament square where freedom has been substantially curtailed by the labour government. 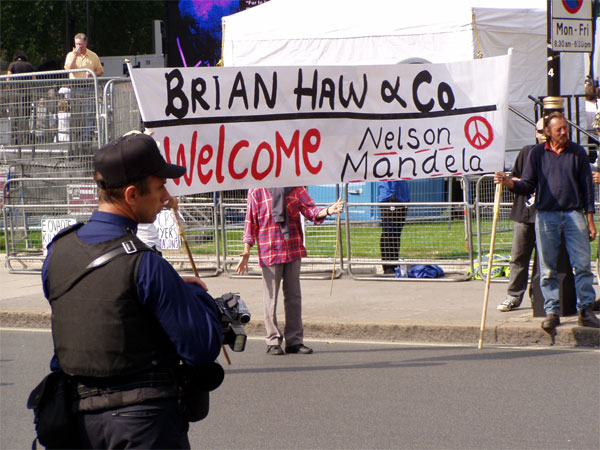 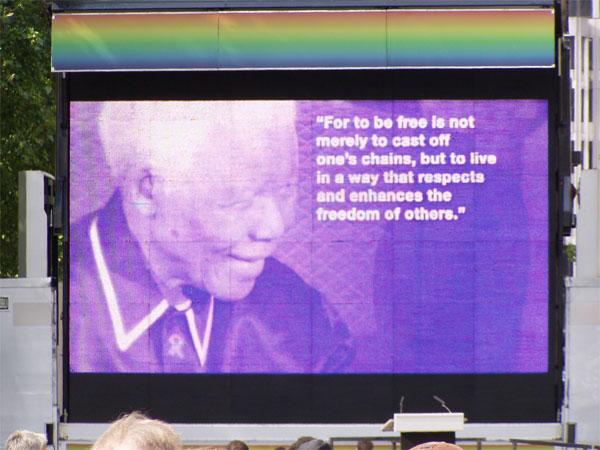 one of many ironic quotes for parliament square 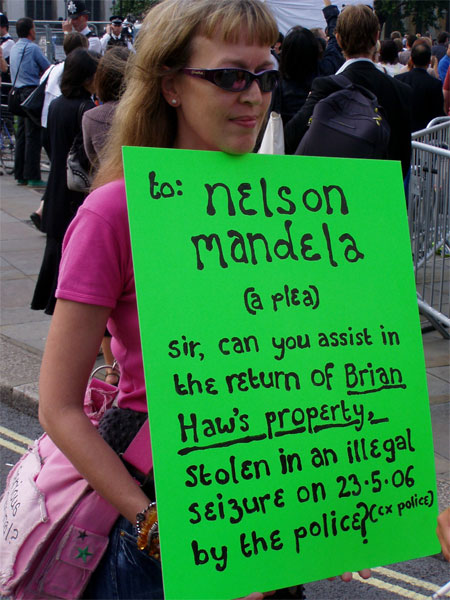 the plea to mandela 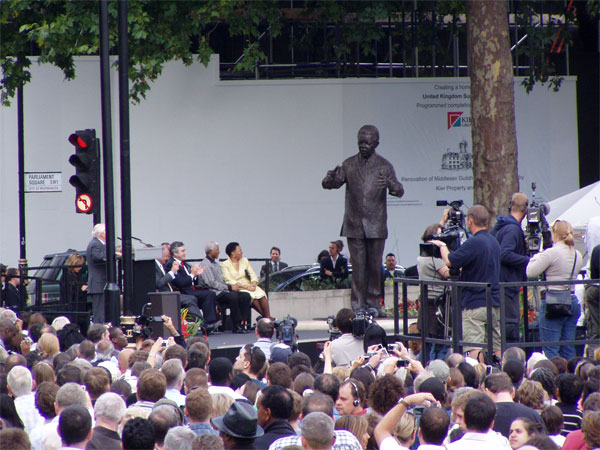 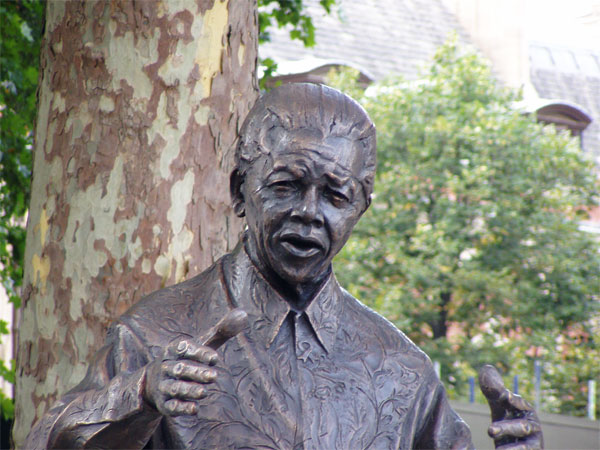 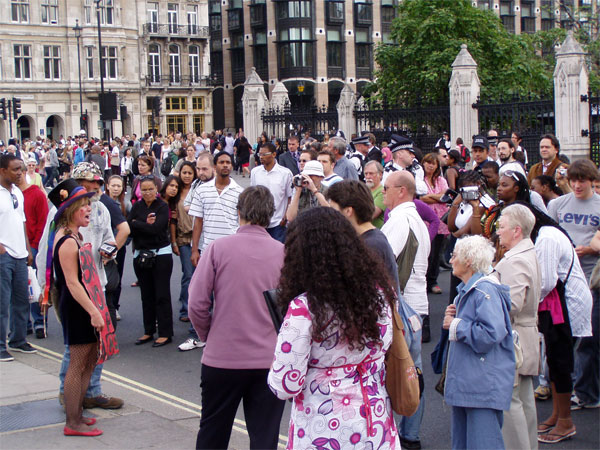 onlookers want to hear the truth despite police 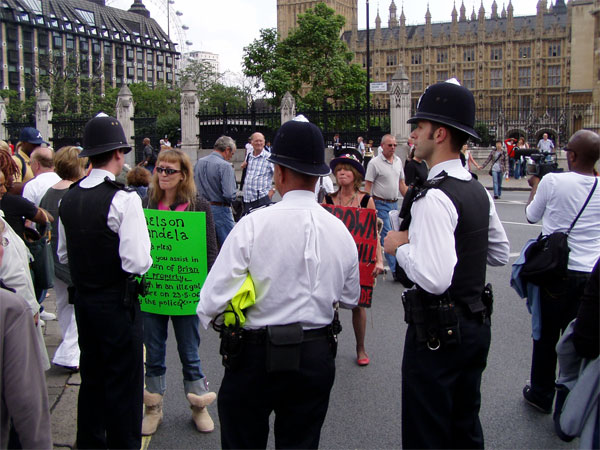 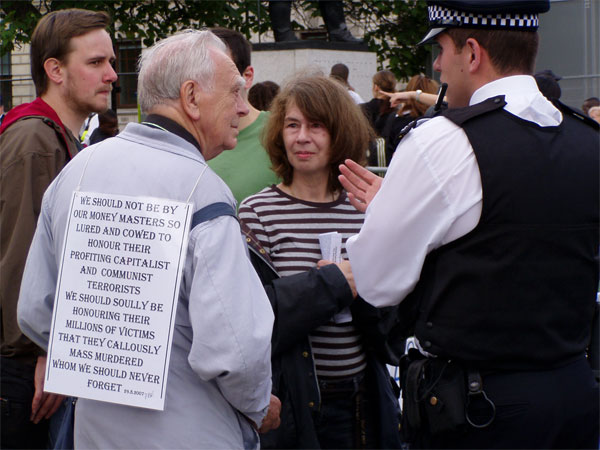 this man threatened with arrest 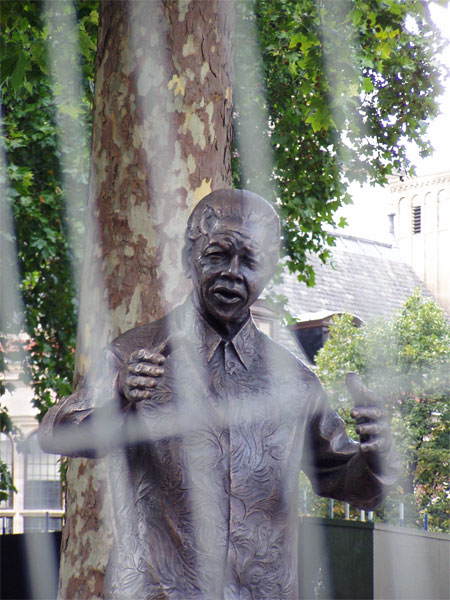 brian haw and his supporters welcomed nelson mandela to parliament square today, but the great man didn't see them as their pitch was hidden from him behind seven foot fencing and a media stage. none of brian & co were allowed into parliament square with a banner and as usual the police overstepped their powers, seizing barbara's banner on the premise that it "might" cause alarm and distress, but they gave it back to her after the show was over having decided it probably wouldn't after all. the campaigners' voices weren't even heard - they shouted out 'war criminal' when gordon brown took the microphone, spouting his bollocks about freedom and justice, but police rushed to them and threatened immediate arrest for 'breach of the peace' if they continued. as brian has pointed out on many occasions, he is trying to keep the peace, not breach it.

despite the police threats, and attempts to justify an arrest (i heard one cop tell another that they'd "need a witness" to effect an 'alarm and distress' arrest), they had to stand by and listen to a lecture from the eloquent caroline, while a friendly crowd of sympathetic public listened and became alarmed and distressed by what she told them about depleted uranium munitions in iraq and afghanistan.

police also hassled an elderly man who was quietly milling around with a small anti-zionist placard hanging from his neck. he was warned he would be arrested under socpa for unauthorised protest, but as he stood his ground and as public onlookers stood watching in disbelief, miraculously, the inspector decreed that he could remain as long as he didn't shout.

another cop claimed he could change conditions in order to move caroline back towards brian's display, until it was pointed out that he was not (as the legislation stipulates) the senior officer on the ground, and so had no such power.

so the police bent laws like beckham and did their task of keeping any unwelcome truths from being heard or seen by the 'great and the good' on stage, and then the show was over, everyone left, and the seven foot metal fencing went up around the square again.

as i photographed nelson mandela's statue through the fence i pondered the tragic symbolism of ken livingstone placing nelson mandela behind bars once more.

another good day for hypocrisy in parliament square.